Fury of the Fist and the Golden Fleece releases on May25th. It’s a fun movie featuring Sean Stone as “The Fist” as he travels through a bizarrely funny world trying to right a lot of wrongs.

“I’ll be honest that was Alex Wraith’s idea. The character of the fist. Alex said he had a vision of an 80’s action guy. That was before he met me. When he met me he said, ‘you’re the fist’,” Stone laughed.

Stone didn’t know what he was talking about, but he soon found out. The character looks like a 70’s man, complete with a lot of hair, everywhere.

“A little bit of all of the above because, don’t forget, Bruce Lee had a good sense of humor in all of his movies. We knew going into it, with a good budget you can have some very good action, we can never compete with a legend. Why try and outdo the best in martial arts?,” said Stone. “The Last Dragon, yeah because Taimak is the Dragon and we got him to reprise his role. He’s not Bruce Leroy but he is a wiser, supernatural being,”

Ron Jeremy is in this movie as well.

“I think it’s awesome that Jeremy is in there and there’s no actual nudity.” 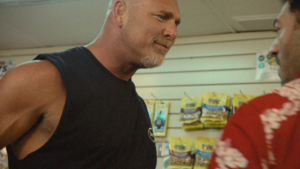 “It’s pretty cool to have Don Frye and Bill Goldberg going at it. These are legendary fighters. It had a little bit of a Bugs Bunny feel to it or a Three Stooges comedy,” Stone added 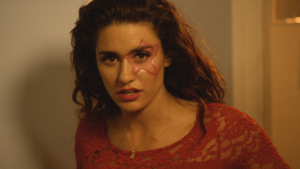 “We’re in this age of super hero movies, and how do we do the action hero? We don’t want to pretend we’re re-inventing the wheel. We’re going to do it with our own sense of style, sense of humor, and a lot of references to Sonny Chiba movies and references to bad, samurai cop level of movies as well. Whether they like martial arts or not they can laugh and have a good time.”

Comedy Dynamics, a Nacelle company, is one of the largest independent comedy production and distribution companies, producing Kevin Hart’s Guide to Black History, Animal Planet’s Animal Nation with Anthony Anderson, the new scripted comedy on Hulu, There’s… Johnny!, History’s Join Or Die with Craig Ferguson, MTV2’s Wild ’N On Tour, and Hulu’s Coming To The Stage. The company has worked with a wide range of established and emerging comedic talent including Kevin Hart, Aziz Ansari, Jim Gaffigan, Katt Williams and many more. In total, 12 of Comedy Dynamics’ albums produced between 2013-2015 have been Grammy-nominated, with two wins. 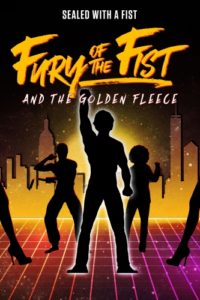 Here is a list of the cast and who you can expect to see in it:

With TINY LISTER as SUPERFLY

And TAIMAK as THE DRAGON

3 thoughts on “Sean Stone is Fantastic in Campy New Movie”