If you missed the first Keystone Comic-Con, you missed a lot. The fans of Philadelphia were treated to a bevy of stars that they could get autographs from or a cool photo op. There were more comic dealers than I can remember at any local Philadelphia show in quite some time and some of the greatest comic legends were there including Frank Miller. However, the cast members of the office Angela Kinsey (Angela), Oscar Nunez (Oscar), Leslie David Baker (Stanley), Brian Baumgartner (Brian) and Creed Bratton (same name as his character) stole the show with their awesome reunion.

The cast members were all there separately like many other stars were but then they made things special with an impromptu Karaoke session and later a blockbuster panel. Here are some of the highlights:

Steve Carell thought the Office was going to be canceled after just 12 episodes. 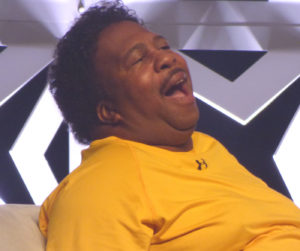 Leslie David Buckley once got sick, while filming, from brushing his teeth with the trailer water.

Angela Kinsey talked about how big Rainn Wilson’s head is (this stems from an episode of her cooking show). 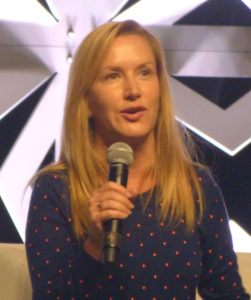 Brian Baumgartner and Angela Kinsey filmed a scene like 48 times early on and thought they would be fired. 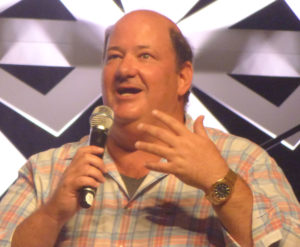 Creed Bratton was a member of the rock band “The Grass Roots”. 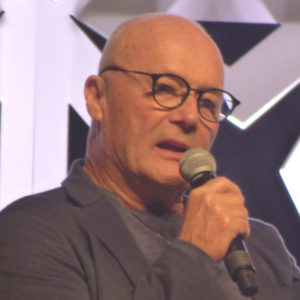 Jorge Garcia (Hurley on Lost) and Eric Stonestreet (Cam on Modern Family) auditioned for the part of Kevin on the office.

Oscar and his “Plantation voice”

And Angela talking about the origin of Sprinkles the cat:

This panel was tremendous and so was the show. More coverage to come.