David Kase – 5-10, 170 – RW – I’ve always liked his stickhandling ability, but he’s gotten faster. Add that to his already tricky arsenal and now you have a much-improved prospect. He played well in the SHL last season. He’s probably Phantoms bound but it’s not impossible that he could see spot action this year if there are injuries.

Carsen Twarynski – 6-2, 198 – LW – He now looks like a lot scarier player then the skinny guy they drafted. He was 6-1, 190 at the time. I think he’s closer to 200 right now and his speed hasn’t been affected. His stickhandling and compete were really on display today. 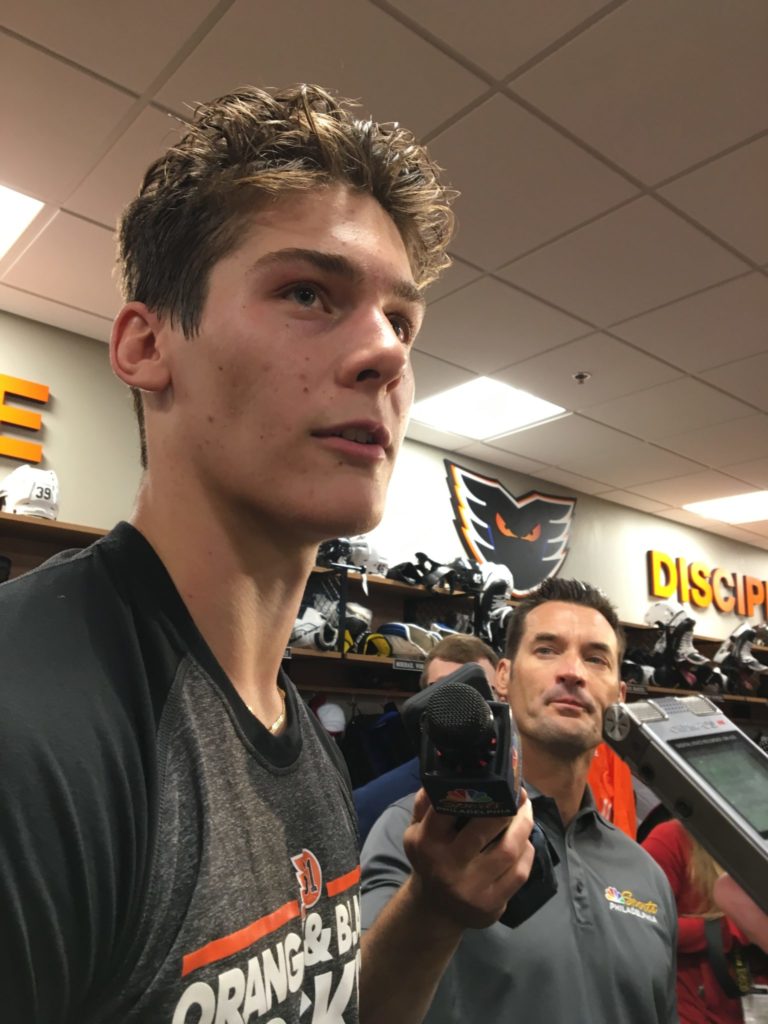 Philippe Myers – 6-5, 220 – D – He’s faster and he now has some real muscle on his frame. We’re only talking about having 70 pro games under his belt, and he’s been healthy for a while, he has a real chance to make this team now that Andrew MacDonald will be out around eight games.

Morgan Frost – 6-0, 183 – C – He hasn’t weighed himself, but this seems like his target weight. He’s clearly the fastest player there and he’s probably a year ahead in his development if you compare him to Travis Konecny at the age of 19. I do think there’s a chance that he can make the big club.

Here’s a video interview with Frost: