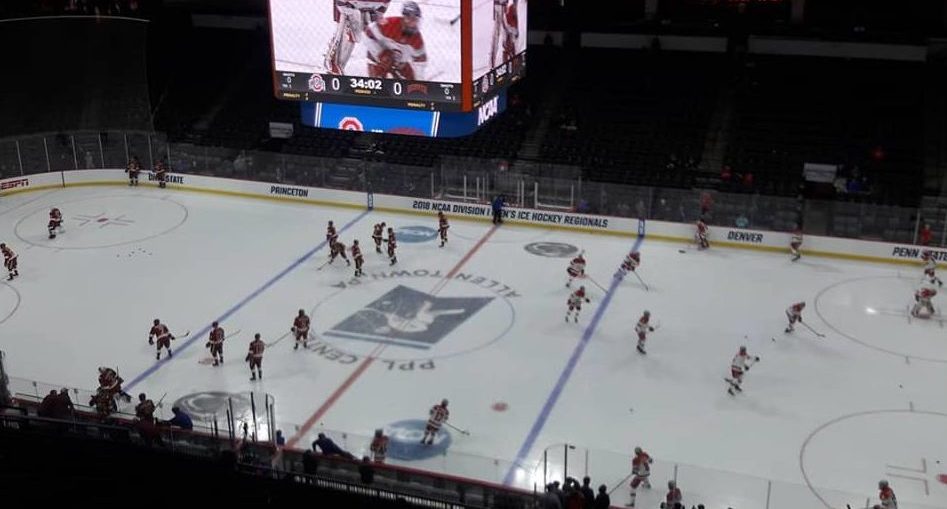 I spent all morning on the road and the rest of the day and night at the rink. I saw some great games that featured some talented players. This is the start of their regular season so keep that in mind. The first three are goalies. 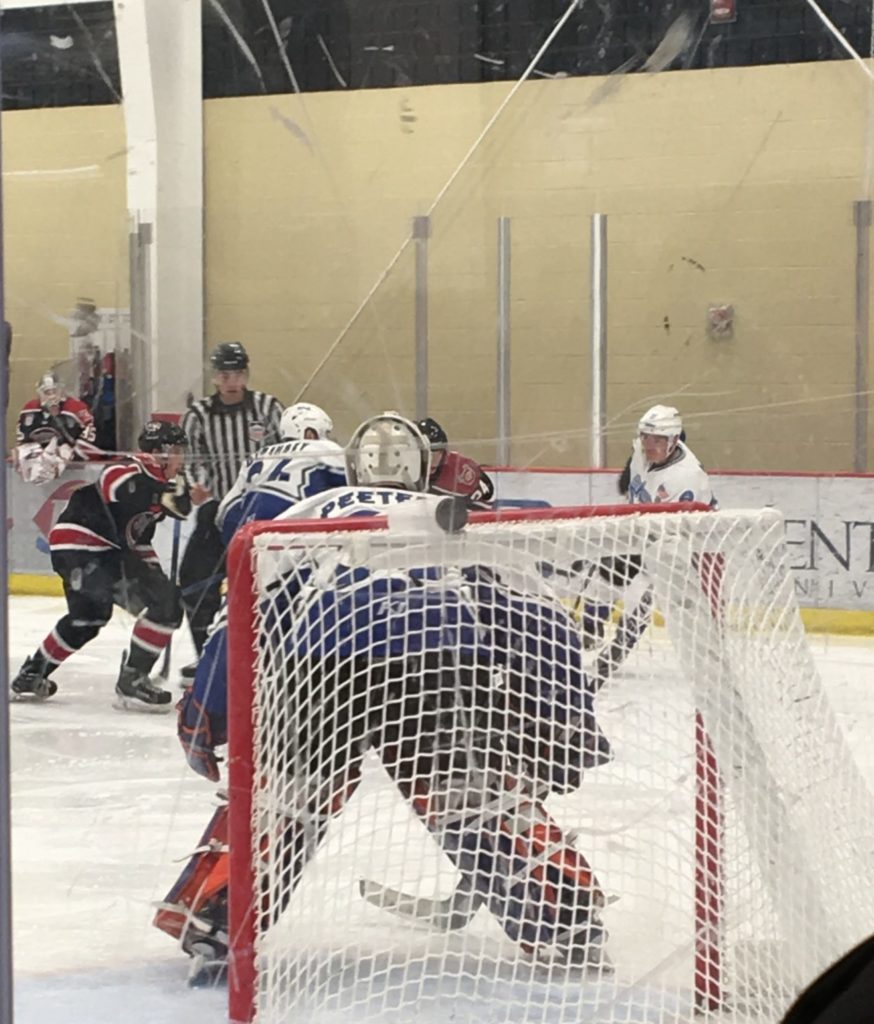 Wouter Peeters – 6-4, 205 – Goalie – Lincoln Stars – He could be the best goalie prospect to ever come out of Belgium. The Blackhawks signed him as a free agent and that smart. Now 20, he anticipates the puck like a pro. His post to post speed is good because he sort of lunges to get there and does it quickly. He makes clean glove saves and can really pick the ones going top shelf. He jams shooters who try and go low with his large pads (pictured above).

Chad Veltri – 6-0, 170 – Goalie – He’s a local guy from Fox Chapel, PA. He had a solid year in the NAHL last season with Corpus Christi. I counted 15 people in the crowd wearing Sioux Falls shirts with his name and number on them. He steers pucks in the corners easily in situations that call for it. He doesn’t panic. He hugs the post well. He can make covers in traffic. He tracks the puck well in traffic. He does give up the occasional rebound. He has a good stick He’s committed to Niagara University. Someone will sign him in the future.

Roman Durny – 6-2, 201 – Goalie – He’s a right-handed catching goalie. He was the Ducks 147th overall pick in 2018. He can make some crazy pad saves but still lock the puck down. He’s very agile. He has a fast glove hand. He had some trouble in heavy traffic but he’s a battler. There’s some raw talent here.

Michael Kesselring – 6-4, 198 – D – He played on the second pairing for Des Moines. His skating is pretty good. He has a good first pass. His shot is good but not entirely accurate. He plastered a player against the glass and he smiled while he skated past him. His dad was an ECHLer. There’s some raw ability here. Edmonton’s 164th overall pick last year is a good project to have.

Brad Morrissey – 5-11, 180 – RW – Tri-City has a good one. He is 2019 NHL Draft eligible. He’s fast. Has some good passing skills. He comes away with pucks that are in the corner. Had a beautiful goal today. He dove and hit the puck with his stick and knocked it in down low. He is a University of Maine commit.

Ville Rasanen – 6-2, 187 – D – He was the 197th overall pick by the Carolina Hurricanes in 2017. He’s currently playing for the Lincoln Stars. He’s another project worth having. His long skating stride helps him stay ahead of the pack. He has fast puck retrieval. He does think about the next move before he passes. He’s 19, and he has a way to go but he’s worth keeping an eye on.