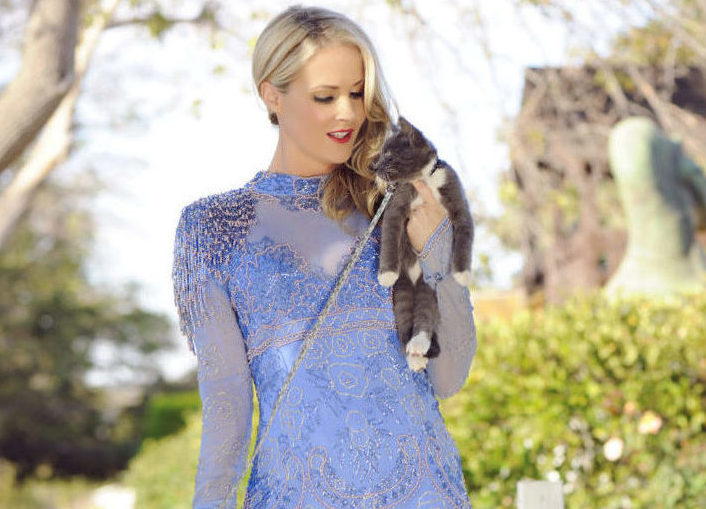 Chanel Ryan transitioned from being a very successful model into an up and coming actress. She’s finally in a place in her life where she can look back a bit and see how far she’s come.

“I always wanted to act. At the same time, I started out doing both. The first five acting jobs I did were huge. I was a teenager I was so young and unfocused,” Ryan admitted. “I would just book a modeling job in the Caribbean, or Mexico or Costa Rica and it’s really hard to turn down a paying job in some amazing exotic location to stay in town hoping you will get that audition and from that hope you will get a call back and then you hope you get booked for that project. I always went for the money and the travel and there’s good and bad things in that. I can’t help but wonder if I had focused on my acting more where would I be now?”

So, what’s her secret? How did she get to this point? She praises, Alex Taylor and his award winning acting school in Los Angeles.

“He truly is amazing. For any actors, out there. I studied a lot. But I always felt like I was missing a solid foundation. Especially on a lot of the indie films. You have very little privacy and quiet space to really focus. This just really gave me everything I need,” Ryan stated.

Here’s an idea of what this two year program is like.

“For the first two months, you go four days a week. Then you study with your partners, three hours a day, everyday. Then I think we have two or three weeks off and then we start year two,” she remembered. “Usually, there is a big difference being on a studio set. It’s a very professional environment. It’s very quiet. The actors have trailers. When you go on set the crew is very respectful. People are talking in hushed voices. One of the things I had expressed to Alex, my teacher when I started was, sometimes I found when I had to do very emotional scenes it was difficult for me to focus and get there. You don’t want to focus on the result but when you want to have an emotion, it’s better if you’re coming from someplace real rather than faking it.”

Actors aren’t robots. When it looks seamless it usually means that is the result of hours and hours of hard work honing their skills.

“We usually do an emotional preparation. I was having a difficult time when it’s so noisy, getting there. What he would have me do. Which was amazing. It started off doing a scene, and I’m paralyzed. Since I couldn’t move, he asked if I wanted to “prep” for the scene just lying on the couch on the stage in front of the class. From there I was like this was great and wanted to continue my emotional preparation like this. It’s obviously more nerve wracking doing it in front of people, being able to focus especially when they’re whispering and talking,” she divulged.

In her new film, “Mayday” she can be seen showing a lot of emotion in the trailer. Check it out here:

I’ve never met anybody as honest as Chanel. She tells it like it is.

“So, when I got on set I just wrapped a film called “Mayday”. My character is upset and freaking out a lot during this film. I really had no problem with my preparation because I was so used to doing it in front of the class,” said Ryan. “The director, “Max”, made fun of me because depending on what was going on I’m trying to match the emotional level. You don’t always film in order. Sometimes you will film something from the beginning and you jump into the middle then to the end and you jump back to the beginning again. So, you are trying to remember where you were emotionally and match it. I would literally stick my fingers in my ears and close my eyes on the set to be able to get to where I needed to be emotionally and tune everything out. Ultimately it worked so that was a good thing.”

The most important thing she said to me was this.

“I needed to start walking the walk and staying in town. What was happening before was I would get a call back and I’d be out of town.”

Well she’s done that and nobody hits the “like” button on Instagram more than Chanel. Most of the time it involves pet photos. She just can’t help herself. Check out her work and philanthropic endeavors here:

Proceeds from Chanel’s auctions go to help animals in need: 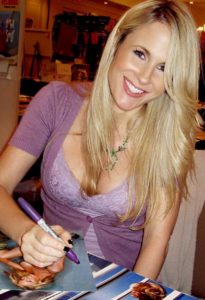