You are here
Home > Uncategorized > Q & A with beIN SPORTS host, Kay Murray 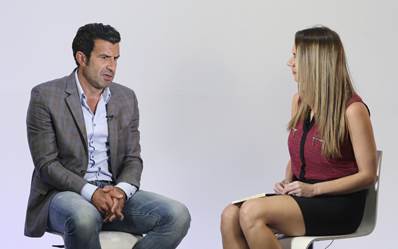 I caught up with beIN Sports host, Kay Murray to discuss European soccer’s popularity and more:

1) What’s your ranking for FCBarcelona, Real Madrid and Atletico de Madrid and why?

There shouldn’t be a lot between the three, but on paper, you’d have to say that the ball in is Barca’s court, which will suit them because they are used to keeping hold of it! Barcelona have won 6 of the last ten league titles, including the last one, which they managed to maintain even with a late season dip and struggles. This summer, the club have signed well, they have brought in players for the future and ensured the squad is prepared for first -choice player absences throughout the campaign.

Real Madrid by contrast, have not brought anyone in, they have brought players back, important players, like Alvaro Morata and Marco Asensio, but other than that, it has been surprising to see how inactive they have been in the transfer window. With that said, this is a team that won the Champions League last season under Zinedine Zidane, who now gets his first full season at the helm. If they can stay fit and free of the boardroom drama this term, there’s still no reason that can’t win their first league title since 2012.

Atletico have a very strong strong squad and a superstar scorer in Antoine Griezmann, which is why it’s really hard to rank and separate the three going into the new campaign. Diego Simeone has strengthened his squad – a squad that pushed the ‘Big Two’ all the way last season, including knocking Barca out of the Champions League. Established players with experience have arrived, which tells you that Atleti mean business this season and that even if Simeone insists they are not competing with Barcelona and Real Madrid, you would be hard pushed to believe that even he believes that himself. He’s signed the players he has for a reason – to compete and to win.

2) What teams in the league have the most passionate fan bases?

Sevilla are always up there, the southern city is known as the ‘frying pan of Spain’ and its fanbase is just a sizzling! Sporting de Gijon for me is a club with the best fans in the top flight, I used to love traveling north to see games there, where the fans would stay singing in the stands for up to an hour after the game, even if they lost. Osasuna are also back, El Sadar is one of the most hostile stadiums I ever visited, I even had a bocadillo (sandwich) thrown at my head! The reason the stadium is such a difficult place to go for opposing teams is because of its passionate fans.

As the network grows, so too does our content. We are delighted to be localizing our sports schedule and bringing America’s most popular sport to our roster. We’re looking forward to offer our audience the same knowledge love and passion to our college sports, that we do for our existing properties.

4) Before this season begins, who is the biggest soccer star who’ll play on beIN Sports?

You can’t say one without the other and we wouldn’t have it any other way! Cristiano Ronaldo and Lionel Messi.

5) How are soccer fans on social media?

It depends on what type of person or fan they are! Most are fun, passionate and genuinely interested in discussing and debating the beautiful game. Others are there to try and annoy or ‘troll’ others. It’s a mixed bag!

Thanks to Kay Murray for taking the time out to answer my questions.

Photo of Luis Figo being interviewed by Kay Murray.

For more information, please visit www.beINSPORTS.com. Follow us on Twitter@beINSPORTSUSA and/or @ESbeINSPORTS and like us on Facebook beIN SPORTSUSA and beIN SPORTS En Español for breaking news and real-time updates.