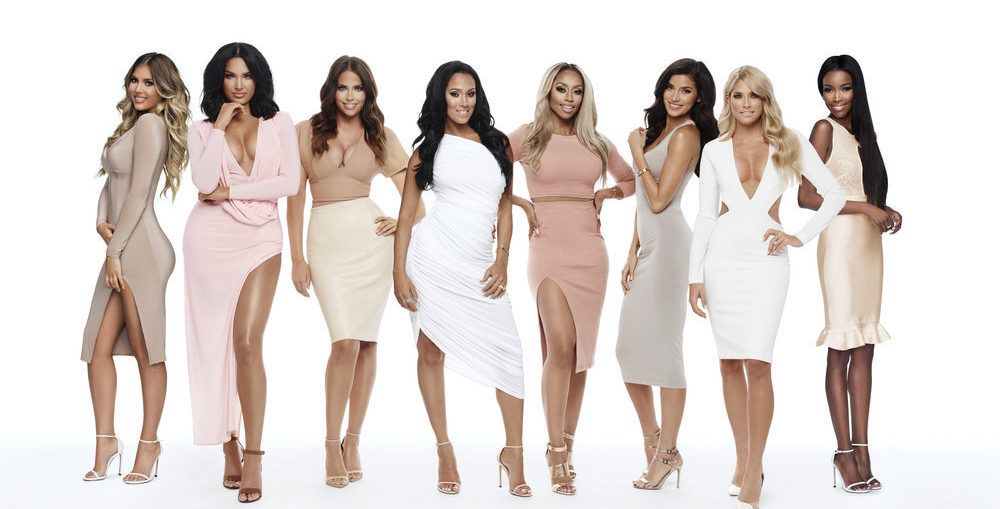 WAGS is back for season two on June 26 and in this promo for the upcoming season, the wives and the girlfriends are at war! It even looks like things are getting physical!

Barbie Blank, who recently married to former NHL star Sheldon Souray, agrees that there are sides.

“There’s sides, pick the side you want to be on,” she says in the video.

But Sasha Gates assures the girlfriends that just because she says she’s “up here” with the rest of the wives while they’re “down here” she “doesn’t mean it to be condescending.”

And if that wasn’t enough drama for you, the promo also shows more fighting, drink throwing and cheating allegations!

Take a look at the video above to see what you can expect on the upcoming WAGS season!

Sasha Gates is very classy and takes the high road at every opportunity. Autumn was trying to be good. Barbie was once again the most down to earth and tried to be the peacemaker. I forget which sister said it but one of them is dating Tampa Bay Lightning defenseman, Jason Garrison.

E! is the only global, multiplatform brand for all things pop culture. The network is currently available to 98 million cable and satellite subscribers in the U.S.  Eonline delivers breaking entertainment news and in-depth coverage on television, movies, music, celebrities, fashion, beauty and lifestyle. One of the fastest-growing, most influential digital properties, Eonline is a leader in online video and mobile and a leading entertainment brand across social.  E! programming includes core franchises “E! News” and “Fashion Police,” popular series “Keeping Up with the Kardashians,” “Total Divas,” “#RichKids of Beverly Hills,” “Botched,” “I Am Cait” and “WAGS,” as well as the network’s first original scripted series “The Royals.”  Additionally, E!’s “Live from the Red Carpet” signature events keep fans connected to their favorite stars on pop culture’s biggest nights.   E! is a network of NBCUniversal Cable Entertainment, a division of NBCUniversal, one of the world’s leading media and entertainment companies in the development, production, and marketing of entertainment, news and information to a global audience. For more corporate information, visit www.nbcuniversal.com.