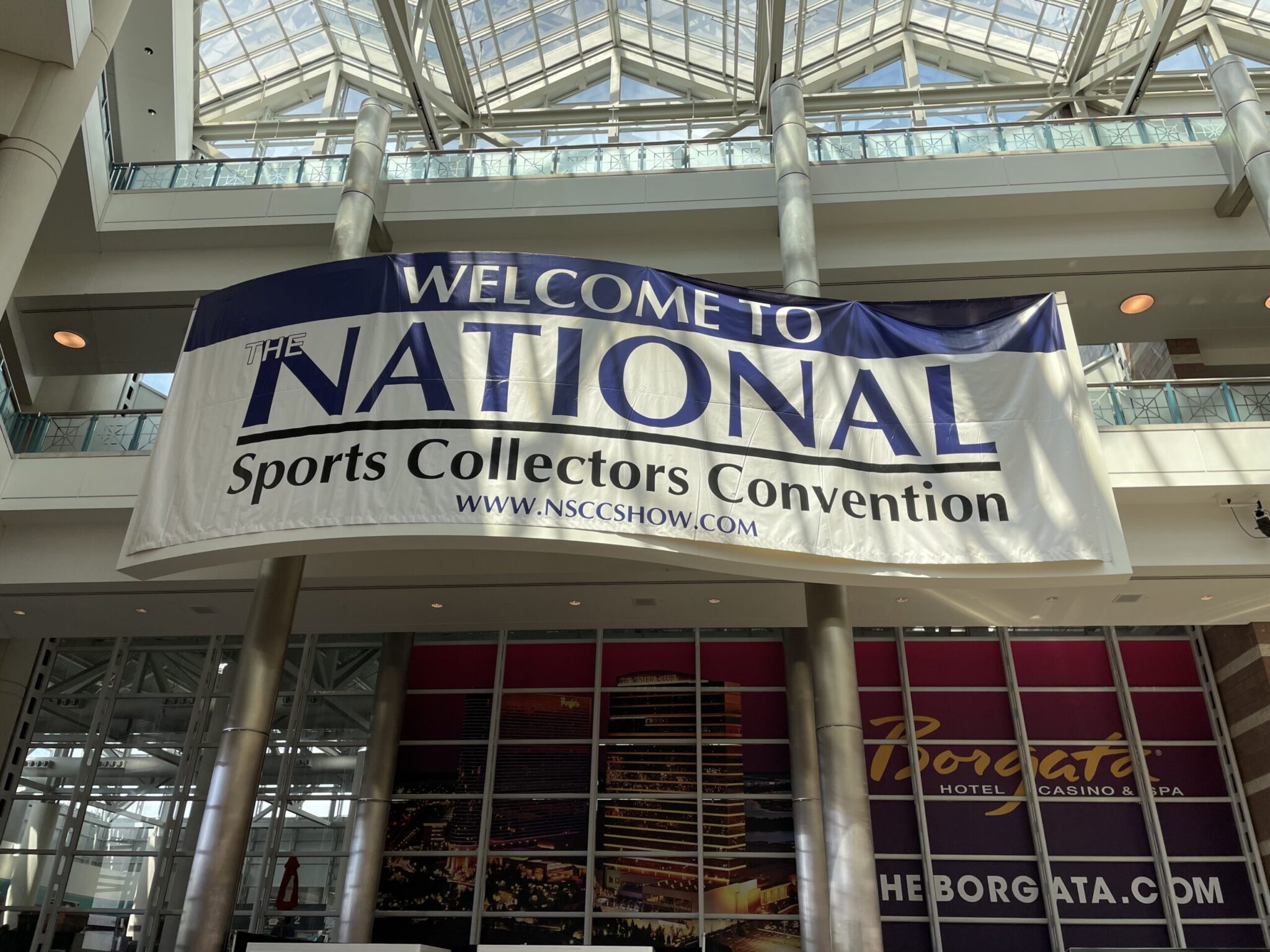 The first thing you noticed was people catching up with friends. Not folks they traveled with but others who made the journey to Atlantic City. Traffic inside the show was heavy for a Thursday and yet I saw so many people re-connecting. I did the same with my GTS guys and more.

The number of great dealers was off the charts. Instead of focusing on my cards, I focused on getting a piece of memorabilia that would be something that would be a nice part of my collection. As a New York Mets fan, I was leaning in that direction and picked up an autographed Dave Kingman ball, with an inscription. The ball originates from this show, and the dealer pointed out the authenticity. Perfect. Side note. Dave Kingman is ranked 14th best all-time for home runs per at bat with one in every 15.11. He hit one measured at 530 feet!

A massive free attraction was the Stranger Things booth. I’ll show a photo, but I won’t ruin the surprise of the experience but trust me, it’s a must-see. And of course, it mentions an upcoming trading card set.

Have you ever seen 485 cards for sale at the same time? Check this out.  I was in awe of it. You can only see something like that in person at this show.

All the big companies were there. There are so many show redemptions and contests going on all day long. It’s worth the admission price just for that. But one company had a great idea. I almost missed them while searching for food. It’s a company called Shoebox. They pre-grade cards. they use a mix of data and experts, and this tells the collector if they should even bother getting a card graded. They give you the grade ahead of time.

There are so many things I failed to mention. The reason is it’s hard to do in just one day. You can but give yourself two or three if you can. You won’t be sorry. It fed my collecting hunger.