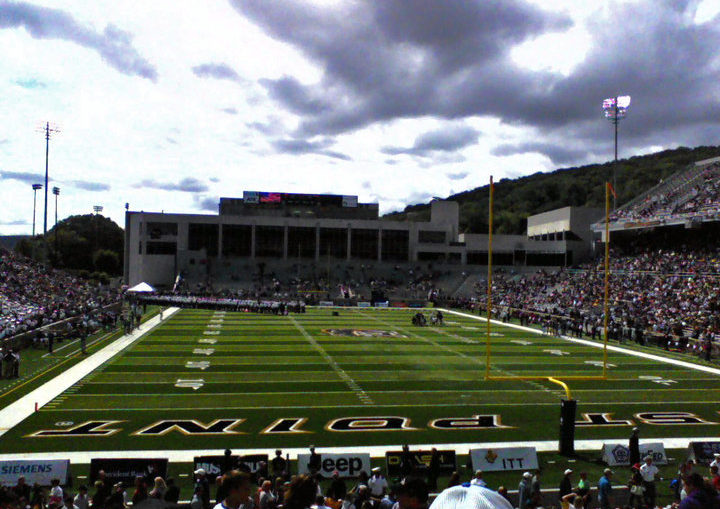 Some will say Wayne Gretzky is the greatest athlete of all time. Others will say, Bo Jackson or Tom Brady. There are a lot of great athletes that have dominated their sports, but Jim Thorpe was a track and field star, NFL star, played in Major League Baseball and was on tour with a barnstorming basketball team. Can you top that?

He won two gold medals for the Pentathlon and Decathlon in the 1912 Olympics in Stockholm, Sweden. He could long jump 23 feet six inches. He could high jump six feet, five inches. He did five feet nine inches in street clothes once. He did more but those numbers were amazing for the early 1900s.  King Gustav V of Sweden proclaimed him the greatest athlete in the world.

Before his NFL career, he won All-American honors twice! In 1912 Carlisle, the school he attended, won the National Championship. His 25 touchdowns were the reason. President Dwight D. Eisenhower said he could do anything better than any football player he’d ever seen.

In the NFL he played for the Canton Bulldogs. He was a drawing card. The team averaged 1,200 fans a game before him and over 8,000 when he played. He was paid $250 a game for that. In 1919 he ended the championship game with a wind-aided 95-yard punt. He never won an NFL championship and played until he was 41.

He experienced racism. He had his gold medals taken away and eventually returned long after he passed away. He never had official training for the sports he played. Sometimes he didn’t have great equipment, in the Olympics he wore a pair of mismatched shoes, one of them was taken out of the trash.

He had a lot of struggles later in life but his records and the memories he created are alive and well. AP named him the greatest athlete of the first 50 years of the 20thcentury. He was inducted into the Pro Football Hall of Fame in 1963, in the inaugural class.

Think you know a better athlete? I doubt you can top him.