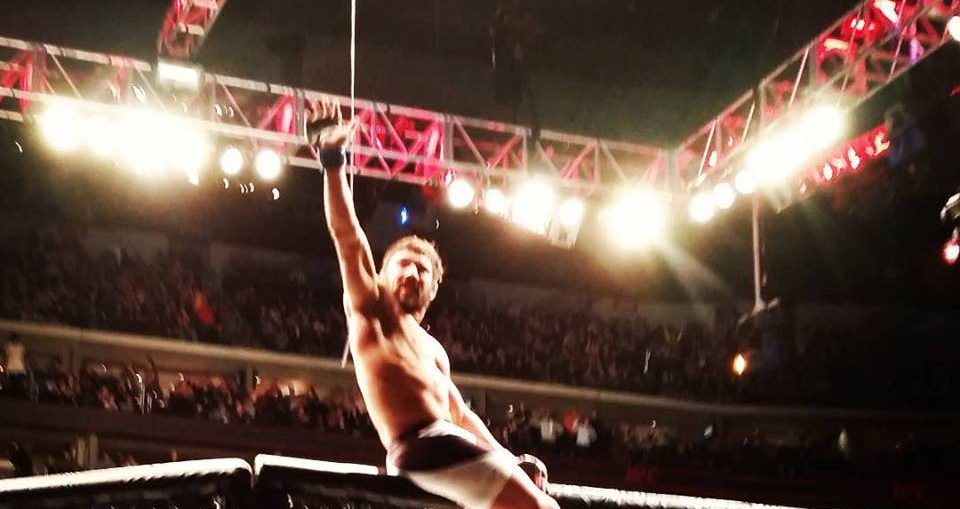 Newark – – In front of 10,555 rabid UFC fans once again these grapplers didn’t disappoint. The athletes are humble, not all highly paid and therefore many of them fighting for their supper and some of the bonuses given out at the end of the night.

In one of the prelims the victorious Randy Brown was very humble. He was thankful for the opportunity and he really gave it his all in the ring as he explained here:

Alex Caceres was another younger fighter who won by unanimous decision. He looked good in the ring and he explained his feelings here:

Bryan Barberena defeating Sage Northcutt was huge. This had a lot of build and the crowd really wanted Northcutt to win. There was some good action but Barberena won via an arm triangle 3:06 into the second round. The crowd was stunned. Northcutt was the early agressor. A few shots to the face of Northcutt turned around this fight. This was Northcutt’s first professional loss.

The heavyweight match between Ben Rothwell and Josh Barnett was interesting and intense. Rothwell had a red face during the first round but I felt he clearly won it. Barnett fought hard but at 3:48 in the second he was jammed in the corner of the Octagon and had to submit after he obviously was close to passing out. This was the first time Barnett ever submitted in a professional match.

After the fight the surly Rothwell said he would be the next champion. At the end of the night at the post-fight presser he added to that.

“I will lay wasted to everyone in front of me in the division.”

In the main event Anthony Johnson pummeled Ryan Bader. It was over at 1:26 of the first round. Unofficially he had 14 strikes before it was called. Bader was on the floor for most of the match and he was pounded into submission. He was transported to a local hospital for precautionary reasons.

Johnson made the post-fight presser memorable. When Jon Jones was mentioned as a future opponent he had a few things to say.

Jones did test positive for a banned substance, got suspended and went to rehab. That’s why he’s had this “time off”. He was stripped of his title after a felony arrest.

Johnson will fight Jones or Cormier or somebody else in the meantime if there’s an injury. He did say he would step in if need be but if there’s a Jones-Cormier fight you can tell he wants the winner and would wait for that.

The one boring fight was Tarec Saffiedine vs. Jake Ellenberger. That was a snoozer and the crowd was really annoyed with Ellenberger’s lack of offense.

There was a strong hint dropped that there could be an event coming up at Madison Square Garden. No date was given. No certainly was there. Just a hint. New York State has been opposed to having the sport there. Has that changed or have they figured out a way around it? Stay tuned.

photo – Rivera after the win at the Prudential Center.