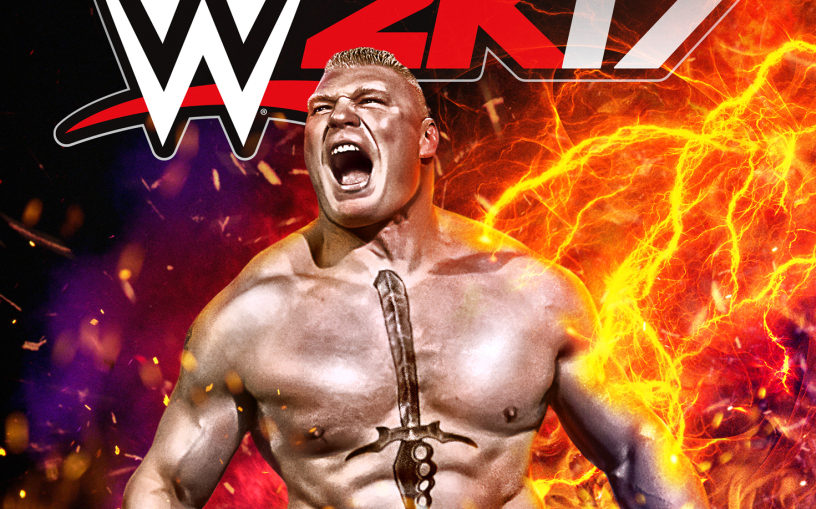 While it would be cliché to say what a difference a year makes in the life of a gaming franchise, there really is no other way to say it for this year’s entry in the WWE 2K series. WWE 2K17 not only gives gamers the power to shout, Who’s Next with Bill Goldberg, it boasts an absolutely huge roster full of names that many would not have imagined ever seeing in a WWE ring, yet alone a WWE video game.

Goldberg headlines an amazing lineup that includes many of the new WWE Superstars who have made their presence felt since WWE 2K16 hit stores. A.J. Styles, Shinsuke Nakamura and Asuka are joined by all-time fan-favorites such as The Dudley Boyz, The Bushwackers, Typhoon and Earthquake, Tatsumi Fujinami, Ravishing Rick Rude, The British Bulldog, Jake “The Snake” Roberts, Diamond Dallas Page and many more. They’ll have to face Hall of Famers such as the Ultimate Warrior, Randy Savage, Bret “Hitman” Hart, Stone Cold Steve Austin and Alundra Blayze and current superstars like Big Cass, Becky Lynch, Dean Ambrose, The Miz, Chris Jericho and Kevin Owens.

I could go on about the roster for a long time, it is outstanding. It will grow too with DLC throughout the year. In fact you can add some NXT stars right off the bat with an expansion pack, Nakamura is part of it. For NXT fanatics, there is a special edition of the game just for you! It includes a lot of NXT goodies such as:

As each year passes and the roster increases in size, so do the game’s features. This series has always boasted one of the most robust create modes. Known as CAW for Create A Wrestler, you can build your own and swap and share with other players around the world. There are some extremely creative people out there and they are crafting some true digital works of art. With the click of a button you can find other future and current WWE Hall of Famers including the Hardys and Kurt Angle, as well as indy stars, old school ECW faves, superheroes, video game characters and some of the most bizarre original creations you will ever see. You can also find some great variations of the characters included in the game sporting different ring attire or alternate characters they may have portrayed during their career. When Goldberg asks, Who’s Next? The answer could be anyone!

It doesn’t end with characters though. You can make your own rings, arenas, entrances, move sets and more. Now you can even make your own Titantron videos! The new highlight feature allows you to video record parts of your match and use them in custom videos. Not enough control for you? How about creating your own show? Yep that’s in there. Want your wrestler to celebrate win in a certain way? You can do that too. You have NEVER had as much to customize in this franchise before!

From the very onset, the game tries to emulate the always impressive WWE television package. You will think you are tuning in to a PPV or USA Network event as soon as the game kicks off. New game modes include the Promo Engine for My Career mode. Here you must battle your rival with your mic skills before your match. You get to choose what your wrestler says, and the rest is up to the WWE Universe to see if you get over with the crowd. You need them to react to you more than your opponent to score a victory. Speaking of microphones, Renee Young actually plays a role in shaping your career. She conducts backstage interviews that coincide with the new Backstage Brawl mode where you and your opponent tear it up backstage.  You can fight in the interview area, the locker room, and even Vince’s office. Pick up weapons along the way to demolish anything blocks your path to the WWE title. Depending on what road you take, keep an eye out for Brock Lesnar and Paul Heyman, because when you find success, you WILL be running into the Beast. If you find yourself stranded in Suplex City, you better be ready to defend yourself.

Over the past few years, the 2K series has proven to be incredibly important to the WWE Universe. If you look at what this team has accomplished, you can see how much impact it has had not only with the fans, but the WWE management as well.  Developing storylines, bringing back beloved fan-favorites and re-telling the legend of some all-time ring greats has been the real treat that goes far beyond the gaming console. It really started with the Macho Man who was basically a non-entity with the WWE. His inclusion in the game sparked a trend that continued with the Ultimate Warrior. What started as a roster addition in WWE 2K led to his full return to the WWE. Sting was used in a similar fashion the following year and once again they’ve scored with fans by reintroducing Goldberg. The result? Goldberg will be appearing on RAW to make what we’ve seen in 2K17 commercials become a reality. Goldberg enters Suplex City. This amazing franchise has sparked some of the most memorable moments in recent WWE history. The creators loaded up on the Member Berries!

The game just looks outstanding on the PS4. With the exception of some movements looking a little stiff, the action flows well. The facial likenesses are so spot on that 2K has replaced actual photos for the wrestlers with captures from the game version. This is really amazing to see and a great perk for those that love making customs as they will all mesh and not look out of place.

Gone is the chain wrestling action and you can kick and punch your way to ripping off body slams, rope or corner throws, ground attacks, and suplexes or is it suplexi? You will be graded on your choice of moves in matches, the more variety you use, the higher ranking your match will get. Kick and stomp your way to victory and you won’t be having any 5-star matches. Use the turnbuckle, mix up your arsenal and you’ll be having high-rated classics.

That’s how we’re going to wrap this one up. WWE 2K17 is going to go down as a classic. I love that each year they prove to wrestling fans that they are seriously raising the bar. It’s not easy to infuse so much new into a gaming franchise that’s been around for years. To keep gamers invested year after year takes much effort. While 2K15 and 2K16 didn’t have that much difference between them, there is vast change this year. The biggest thing you will notice is the absence of the Showcase mode that made way for the new additions for 2017. While the WWE tells you not to reenact the performances of their Superstars at home for your safety, I can tell you that when it comes to visiting Suplex City and WWE 2K17… most definitely try this at home!