You are here
Home > Footballology > This Jets Loss Should Raise Concerns 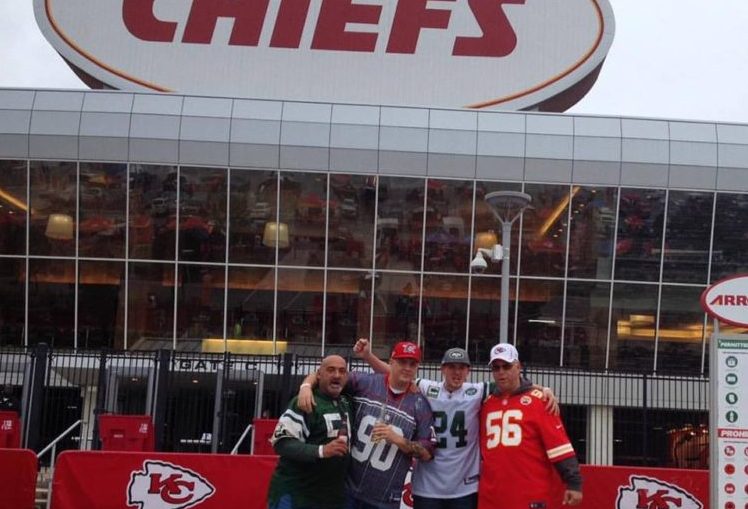 In the words of Dallas Morning News baseball writer Gerry Fraley, what a beating!

The Chiefs gave the Jets one at Arrowhead Stadium yesterday.

In a game the Jets lost 24-3 to the Chiefs, it was not competitive. It was over in the first quarter. The Jets stunk offensively and defensively. It sure seemed like they were not prepared to play, which is an indictment of Jets head coach Todd Bowles.

Ryan Fitzpatrick was awful. He threw career-high six interceptions. He should have been benched after the third quarter. There was no reason for him to keep going on a day that was a lost cause for the Jets.

If the Jets quarterback is going to throw picks, the Jets might as well put Geno Smith in the game.

To say this was Fitzpatrick’s worst game as a Jet is an understatement.

It’s surprising in a way. He is better than he has showed. He hasn’t played that bad of a game as a Jets quarterback.

That’s why it was disappointing to see him play like the way he did.

He zeroed in too much on Brandon Marshall rather than giving the ball to Eric Decker and Quincy Enunwa. He also for some reason did not get Matt Forte involved.

Fitzpatrick deserves the benefit of the doubt. He has responded after bad games as the Jets quarterback. We are going to see if this continues against the Seahawks this coming Sunday.

For anyone that says Smith should be starting, that’s asinine. He is not the answer. He hasn’t had a good resume to earn his starting job back.

If the Jets bench Fitzpatrick, it would send a message the season is over. There’s no way Bowles would do that to his players. Its crazy to bench a player after one bad game.

It happens. This is what Fitzpatrick is. He will give the Jets good ones like in Week 2 against the Bills, and he will give a bad performance like the one against the Chiefs.

For better or for worse, the Jets have to accept this. They can only hope for the best with him under center.

There’s a reason this is going to be his last year with the Jets one way or another. He’s nothing more than a stopgap.

Fitzpatrick wasn’t the only reason the Jets lost.

The defense could not stop the running game. Chiefs quarterback Alex Smith had all day to throw. The wide receivers had their way with the Jets secondary

If there was one thing that has been disappointing about the Jets so far, it’s their defense.

Their defense was supposed to be the team’s hallmark. That means making plays. Keeping the team in the game. Even sealing the game.

The Jets defense has not come close to that.

Fitzpatrick and the Jets offense have done most of the work so far in the first three games.

For the Jets to be a playoff team, the defense has to play better than they showed.

The coaching has to get better. Why is it the Jets are unprepared to play to start the game? It seems they have to come back to get into the game. That’s a recipe for disaster. The Jets play-calling on offense leaves so much to be desired such as not using Forte often or not having better game plan when it comes to running the offense in the red zone.

These issues came up again yesterday.

The first three games have been underwhelming for the Jets. That’s not a look of a playoff team.

It does not get easy for Gang Green. After playing the Seahawks, they play the Steelers and Cardinals on the road and then play the Ravens at home.

This season could get ugly in a hurry if things don’t improve.

Yesterday’s performance should make one wonder if the Jets are making any progress.

From the looks of it, they haven’t.

Fans travelled from Long Island, New York only to be disappointed. Photo by Lisa Messina