Do kids get mail anymore? Does mail mean anything beyond bills and coupons anymore? Do kids sit down and write letters and draw pictures for their grandparents? Do they get letters back? Do kids even know what Christmas cards are?

I thought of this while I was flipping through a photo album last week. I immediately thought about being an 11-year-old kid and getting the absolute coolest piece of mail I had ever received.

It all started at Bradley’s Creek, a little inlet off the St. Lawrence River in Riverview Heights, Ontario, a no-stop-light little village on the Canadian side of the river, across from Ogdensburg, NY. The population was 249. Yes, we went around and counted and would often update the population on the sign ourselves. It was a couple of miles down the road from Prescott, a “big town” with almost 5,000 people.

It was a special place to grow up. Out the front window was the river and a view of Ogdensburg. Out the back window were the horses. We got four TV channels – three in English and one in French. The American channel we got was a CBS affiliate from Watertown, NY. There were two or three baseball games a week on during the season – a national Game of the Week broadcast plus one or two Yankees games. The French channel showed a Montreal Expos game once a week.

I will never forget that lazy summer day back in 1975. I was sitting on the little bridge that, about a hundred years ago, had been the original Highway 2. My childhood friend Rob Minifie and I were killing time, looking at our baseball cards and listening to a baseball game on my little transistor radio while we fished. We had some cans of Coke and some comic books. I also had a Street and Smith’s Baseball Annual with me, and on one page, they had the address for every team in the Major Leagues. Kids today wouldn’t have been able to handle a day that would seem so boring to them. But deep and slow summer days like that were so special and dear to my heart.

While fishing, Rob and I had this idea. We were going to write letters to our favorite players. Reading comics and listening to a ball game and opening packs of baseball cards meant something to us as kids. I don’t know how to explain it. It was like baseball represented hope for us. It was a magical parallel universe with cathedrals for stadiums and perfect rules – both written and unwritten – that were the most sacred rules we had short of the Bible.

We had a sleepover in the tent behind the house that night, and we sat up and wrote letters to our favorite players.

Then, months later, when the letters were long forgotten, my Dad came home for lunch and brought the mail. I’ll never forget him looking at me, about as nonchalant as you could be, and handing me something.

It was a postcard. I looked at it. It was a black and white photo of rookie outfielder and catcher Gary Carter. He had signed it. “To Jeff, God Bless Always, Gary Carter.” I stood there, as stunned as an 11-year-old could be. In my hands, I was holding the most incredible piece of mail I had ever received.

“What is that, anyway?” my Dad asked. Are you kidding me? I just got an autograph from Gary Carter. And how could my Dad be so nonchalant about this? I would have been, like, chalant-and-a-half. I would have been the Mayor of Chalantville.

I looked at the back of the postcard. It was Gary Carter’s handwriting. Jeff Morris, Prescott, Ontario. That was it. It found its way to me. Of course, Prescott, still not quite at 5,000 people, isn’t quite as big as I thought it was when I was 11.

As the years went on, we all know that Gary Carter went on to be a household name. He became the most beloved Expo, and after being traded to the Mets, was the missing piece that helped them win the 1986 World Series.

My admiration of Gary Carter transcended baseball. When I watched him play, I always saw a guy with a big smile who said and did the right things. He was always praising his teammates. He was always out there meeting fans and signing autographs. His teammates always said that Gary Carter never saw a camera he didn’t like. Maybe that’s true, but the cameras were glued to him because he was a guy who was just having so much fun and loved what he did. He loved people. He loved meeting fans, he loved interacting with them, and he appreciated them. Gary Carter “got it”. It seems so few in sports and entertainment do today. 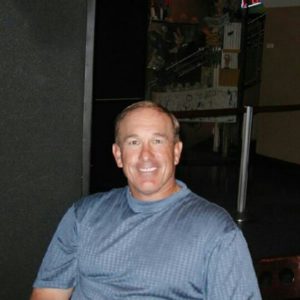 What amazed me is that he was the exact same in all three instances. He was genuine. Nothing was an obligation, and he didn’t spit out clichés. Gary Carter was real. He had some great achievements in his career – winning the World Series and all the home runs and the All-Star Games and the Hall of Fame induction. But what made me admire him was the type of person he was while he was accomplishing great things. As a fan, I feel that following his career and watching him had a positive influence on my life. So few, in today’s world, can say that.

Sometimes I wonder if, when you die, you get to meet cool people in Heaven. I think one of the first things I do when I die will be to send Gary Carter a postcard. “To Gary, God Bless Always, Jeff Morris.” I’ll address it to Gary Carter, Heaven.

I’m sure it will find its way to him.

Jeffrey Morris
I'm the author of 10 books. They are all listed here: https://www.amazon.com/Russ-Cohen/e/B0034P5DNC%3Fref=dbs_a_mng_rwt_scns_share If you're looking for autographed copies just go to my twitter @Sportsology and DM me.