You are here
Home > Uncategorized > A Quick Q & A with beIN Sports Anchor Jeremy St. Louis 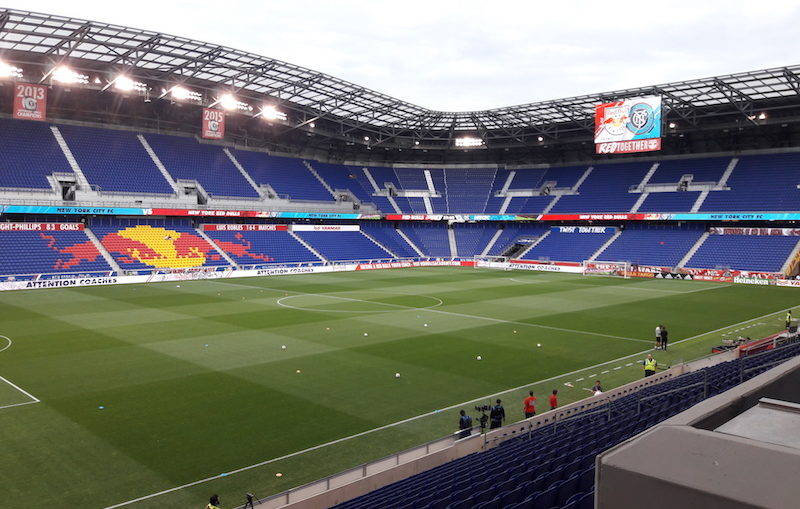 Russ: Super Bowl 51 was the most recent championship for the New England Patriots. Do you think the Patriots will have a chance to repeat this year?

Jeremy: I will never, EVER count the Patriots out as long as Tom Brady and Bill Belichick are together on that team.  They were expected to struggle this year with all the inner turmoil during the off-season but true to Belichick’s mantra, everyone is out there ‘doing their job’ … and winning football games.

For New England, it just seems like they put it in cruise control for much of the season and then in the post-season, flip the switch and win it all.  They have shown they can win without Rob Gronkowski and without a decent running game (for years) – but the one man they cannot win without is Brady.  As he goes, so go the Patriots.  With the emergence of the Kansas City Chiefs this year, there is a new gunslinger ready to take over Tom’s mantle – and while I see Pat Mahomes doing just that, Brady and the gang have enough for one last title run – and their experience in the big moments will trump Mahomes’ youthful athleticism.  I fully expect to see the Patriots in the title game … one last time

Russ: Are there any 2019 NBA Draft first-round hopefuls in Conference USA? If not, who are the top prospects?

Jeremy: With such famous names as Dwayne Wade, Hasaan Whiteside, and Derrick Rose, Conference USA has produced NBA level talent.  This season, Western Kentucky Center Chris Bassey is getting some early buzz as a possible 2019 NBA Draft Pick.  Bassey is 6’11, 211lbs so he certainly has the size to play in the league and under Rick Stansbury, he’ll get his time to shine in Bowling Green.  CUSA has produced talent over the past few years that has ended up overseas, which is good for the conference given the NBA’s expanding footprint – and guys like Adjin Penava could end up back stateside at some point.  Depending on whether or not Conference USA can get more than one team to the NCAA tournament, there could be 1-2 more names tossed out as possible NBA Draft picks in 2019.

Russ: What makes UAB so good at football? They were good for a few years in hockey before they did away with the program.

Jeremy: UAB is arguably one of the greatest stories in recent years in North American SPORTS … not just college sports, sports overall.  For a program to be taken away, left for dead, its coach to stay and help rebuild them, get the community to buy in (figuratively and literally – they raised millions) and then come back … and two years in, win a conference championship (and get into the AP Coaches Poll) is truly remarkable.  What the entire Birmingham community has done to embrace this team and help them be successful is a testament to sporting culture in the United States.  What makes them so good?  Bill Clark has a team of winners and hungry players.  They do not consider themselves ‘underdogs’, they consider themselves BIG dogs – and they play like it.  I was not surprised to see them win the title this season – they are well-coached, athletic, tough and they know how to win.  I wouldn’t be surprised to see them challenge again next season AND get into the top-25.

Russ: What’s the status of the World Cup coming to the United States?

Jeremy: The US – and North America – won the bid to host the 2026 World Cup in June of this year.  It is expected to be the first ever 48-team World Cup Finals.  Games will be played in Mexico, the United States, and Canada.

For the past decade, the men’s award has been given to either Cristiano Ronaldo or Lionel Messi – but not this year!  Luka Modric of Real Madrid and Croatia took home the award with Ronaldo coming in second in the voting (Ronaldo won it last two years).  Modric, who is an elderly 33 years old, led his country of Croatia to the World Cup Final this past summer and helped Real Madrid win a third straight Champions League last year (a new record).  It will likely be the only time he will ever win it but it is seen as a ‘changing of the guard’ so to speak, with the Messi/Ronaldo duopoly now broken.

The Kopa Trophy was awarded to PSG and France teenager – yes, teenager – Kylian Mbappe.  The 19-year old won three trophies with PSG in France last year and helped lead France to the World Cup title this past summer.  He is the second teenager in the history of world soccer to score in a World Cup Final … the other teenager to do it was a guy you may have heard of…Pele…who did it in 1958!  Mbappe was the runaway favorite to win the award and it is fully expected he will win the Ballon d’Or one day very soon.

As for the first ever Women’s Ballon d’Or, it went to Norway’s Ada Hegerberg.  The 23-year-old plays for Lyon in France and is a tremendous player.  Unfortunately, she was asked to ‘twerk’ by DJ Martin Solveig after winning the award and that has naturally garnered all kinds of headlines regarding sexism and the like … and justifiably so.  Solveig has apologized but the damage was done.  Unfortunate for Hegerberg as she is an outstanding talent and is deserving of the recognition.

Russ: What do you like most about your job?

Jeremy: This is a tough question to answer because there is so much to love.  It has been my goal to work at a network such as this for most of my career so to be here and been doing it for the past six years (wow, it’s been THAT long?!?) has been a dream come true.  If someone had have told me 20-years ago that I’d be doing this, and would have done all the things I’ve been able to do, I’d have never believed it.  I am truly lucky and I am thankful every day I walk in here and my key card still works!  The best parts for me are the people and the varying range of sports I get to present.  In this conversation alone we’ve talked about soccer, college basketball, NFL and college football!  I do NFL segments every week for our colleagues in the Middle East (beIN SPORTS is based in Doha, Qatar), Australia and Malaysia.  I have hosted the Super Bowl broadcast each of the past three seasons, I’m the NHL playoff analyst abroad as well and get to work alongside athletes I’ve admired for much of my life.  It doesn’t get much better!  Oh, wait, yes it does because I work with some of the kindest, most dedicated and knowledgeable broadcasters and journalists in the game.  It may be cliché to say this but we at beIN SPORTS consider ourselves a family – we take care of one another, celebrate one another and do everything we can to make our products worthy of our viewers’ time.  I often say ‘time’ is the one currency we all have where we do not know who is rich or who is poor – who has lots of time and who has very little – so every second you spend doing something better be worth it because the price is high.  Keeping that in mind makes me work as hard as I can so the people who watch me, watch us, never walk away thinking they’ve wasted their time.  To me, that is the greatest reward.  THAT is the best part about my job.