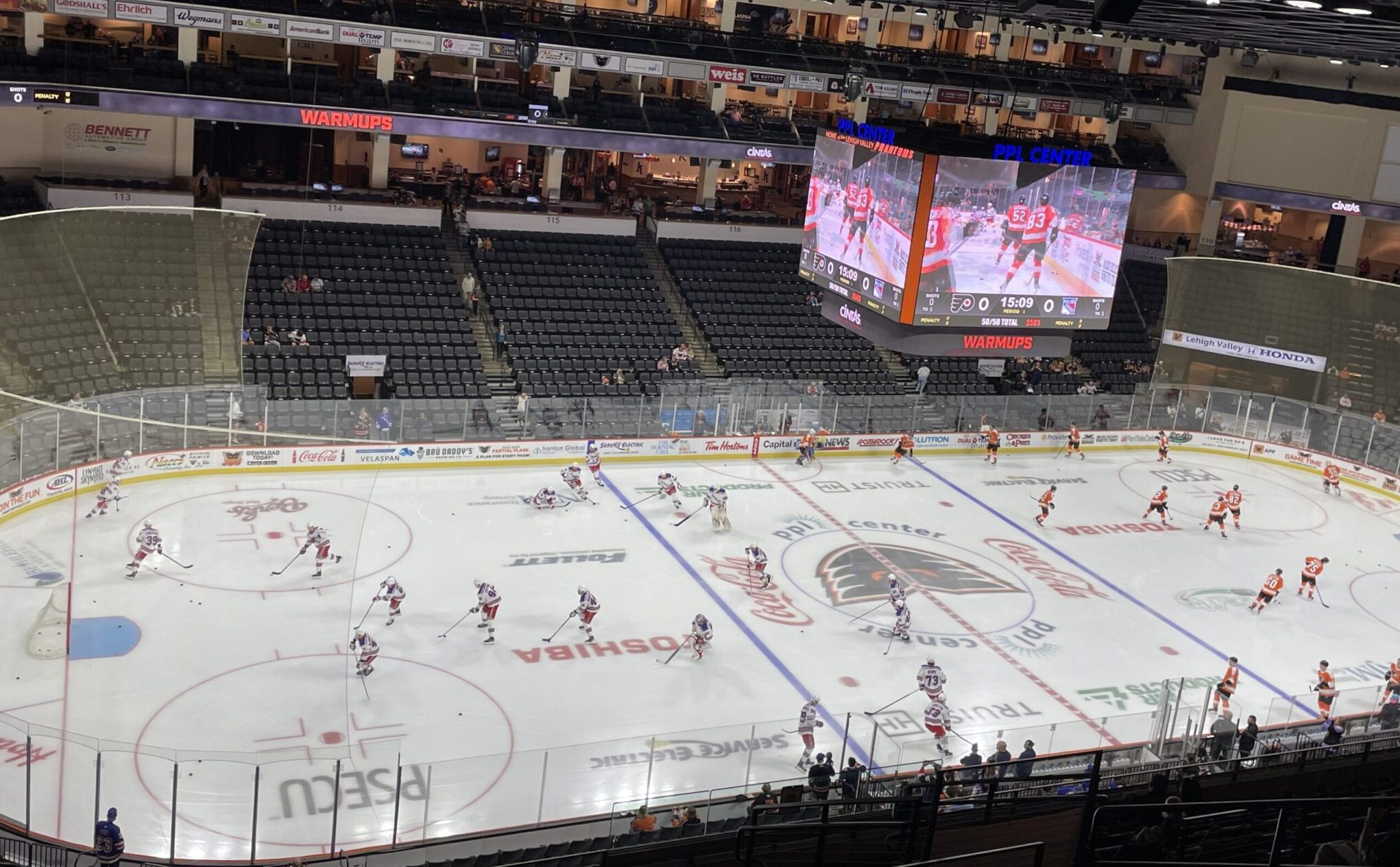 I took in the game yesterday and there was some rust for a bit over the first period. When that was shaken off the pace got better. There were some very good players on the ice. The Flyers’ forwards were slower than the Rangers’, but the Flyers’ defenseman was their fastest players.

Noah and Jackson Cates did have some chemistry. The line started to pick it up in the third period. Noah was playing more selfless trying to set things up.

Tyson Foerster – He wasn’t having a great game and then he scored the OT winner. With his shot to have that kind of room. The room that didn’t exist in the game, scoring was fine but it’s an easier goal.

Brian Zanetti – He was skating really well. Passing was good and he had a physical edge that was noticeable.

Olle Lycksell – Took a puck down the end and in tight. Far side goal. He had a solid game. His speed bursts are noticeable.

Nolan Maier – Good glove. Athletic. Good with guys in the crease. Gave up a goal on an overload. He was 11-12 in saves.

Matthew Rempe – He was blocking shots, and winning draws. Hard along the walls. Drew a penalty. End-to-end good backhand shot that was saved. He did a lot of little things. Two of his Seattle teammates boasted about him this year. He’s taken a step for sure.

Bryce McConnell-Barker – Won face-offs. Good on the PP.  His skating is very good.

Luke Martin – This was a good under the radar signing. He was a terrific shot blocker with Michigan and he was blocking shots on the PK.

Will Cuylle – He looked fine. He was clunky high on the PP. His wrist shot from distance is a slow release. He should be around the net. That was a coaching mistake in my estimation.

Dylan Garand – Smooth. Took his eye off a rebound but was bailed out. Save glove saves up 1-0. He was smooth.  He was 11-11 in saves. I think he’s a future NHL backup. Always have.