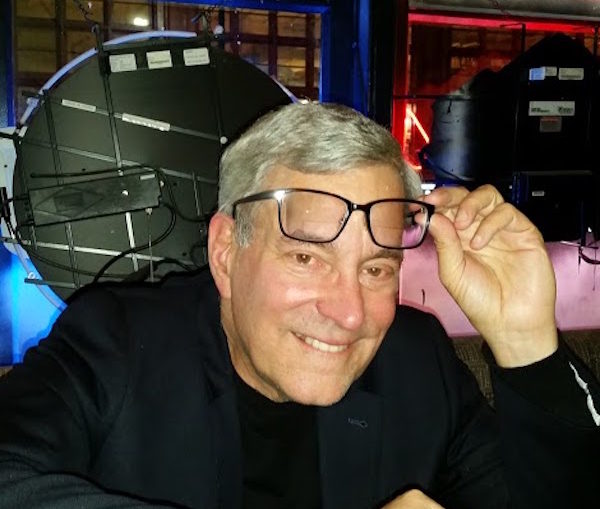 Bob Gale is the co-creator of the “Back to the Future” franchise (Used Cars and many others). Back in the summer of ’85 the movie would be released and fans and American culture would be changed forever.

“The movie was reject somewhere between 42 and 44 times. They were like we want “Porky’s” we want “Stripes”, Gale said. “Our box office gross the second weekend was higher than the box office gross the first weekend. That’s when we said this doesn’t happen. It was word of mouth. The movie was rushed out to be in theatre’s Fourth of July weekend. It was originally scheduled for mid-August. We had a dynamite sneak preview. The CEO of Universal was there and wanted it out for the 4th. We said if they want to write a check to pay for people to work 24 hours we’ll deliver the movie in time.

“We didn’t even have time to have a full theatrical trailer. There wasn’t one. We ended up with a 90-second television spot that ran like a trailer on MTV and there was a teaser. We didn’t have time for it and everybody wanted to see Michael J. Fox. Everybody was surprised by it. I’d hear the story where a friend would say, I saw the movie this weekend and now I’m taking you to see it next weekend.”

Robert Zemeckis (Romancing the Stone, Who Framed Roger Rabbit and more) made some great last minute decisions like changing the “working title” into something iconic.

“It was Professor Brown Visits The Future,” Gale revealed.

Hover boards were the hot item last Christmas. Gale didn’t have a warm and fuzzy feeling about that phenomena.

“I’m amazed we had something that worked. I’m talking about the Hendo hoverboard. Now if you’re talking about that stupid crap that they make in China. That stuff is total crap and the idea that some company went and used the name hoverboard to describe these things. f__k them,” Gale said with some fire. “A few other people working on boards that hover and do not have wheels. I’m happy that the movie inspired people to do that. So I’m inspired by that and pissed off that somebody is ripping off our concept.”

And he wasn’t done. I clearly got him going with that question.

“A friend of mine saw his orthopedist in December because he had a shoulder injury. His doctor said it was the best Christmas ever because of hover boards.”

Before I could get the word DeLorean out of my mouth he talked about why they chose that company.

“They just went out of business. When we were in pre-production it was 1984 and John DeLorean was on trial. So the mystique of this guy being on trial was why. Again Zemeckis came up with the idea. Originally it was a time chamber built out of a refrigerator that they were carrying around on a truck. Then Zemeckis said, ‘Shit I have to direct this and that’s a lot of logistics getting this thing loaded and unloaded.’ He came in the office one morning and said, ‘Wouldn’t this be better if it was already built into a car?’”

What was the origin of the magical date (10/21/15) for the time machine and was he happy about the fact that a lot of hockey teams showed that scene on their big screens that night?

“Oh yeah. There’s a good reason for that date, you being a sports fan. Back when we wrote the movie we had this gag the Cubs win the World Series. I tried to figure out what date would it be when the Cubs would win the World Series? Back then there were just two divisions in each league so the playoffs were a lot shorter. It would have been that date.”

He then smirked and revealed, “I’m a Cardinals fan”. He did admit the Cubs are “pretty damn good this year.”

I often wondered if the original script was written as a trilogy?

“No because if we had thought there’d even be a second one. We wouldn’t have put Jennifer into the car. That was just a good ending. The heroes go off for another adventure. But when it was time to actually do something with it. We were like what are we going to do with Jennifer? We have to knock her off.”

He summed things up by telling me what made this film a classic.

“We had such a great cast. It captured something every human being wondered. What was my parents first date like? What did my dad say to my mom to get her in the sack? Everybody has thought about that sort of thing,” he hoped. “It’s a big idea that you realize at a certain age that your parents really were children. And that’s what the movie really encapsulates.”