Jen Lilley is an accomplished actress who has been on soaps like General Hospital (Maxie) and Days of our Lives. For some, that would be enough but not for this go-getter.

“Oh my gosh. So much fun. GH was particularly stressful because the first half of the episode was Kirsten (Storms) and the second half was me trying to impersonate an established character and an actress who is so beloved,” Lilley stated. “Soap Operas are great fun. Days of Our Lives was particularly fun for me because my character, Theresa was so naughty which is outside of what I normally play. Also, that cast and crew are second to none. If I wasn’t juggling kids and other things I definitely would still be with Days.”

Growing up in Roanoke, Virginia, was a great experience for her. She has nothing but great things to say about the place where she spent a lot of time. She had a different career path chosen in high school.

“I was not at all trying to be an actress. I always wanted to be a singer, but I didn’t find it to be a realistic thing. And I didn’t when I was in LA, I just recently got back into singing, “she mentioned. “I didn’t really start acting until halfway through college. I thought I was going to be a court interpreter. A Spanish interpreter. I went to UVA, they have the #1 Spanish department in the country and I could not hang. Their Spanish department was rigorous. It was taking advanced calculous with completing Algebra.” 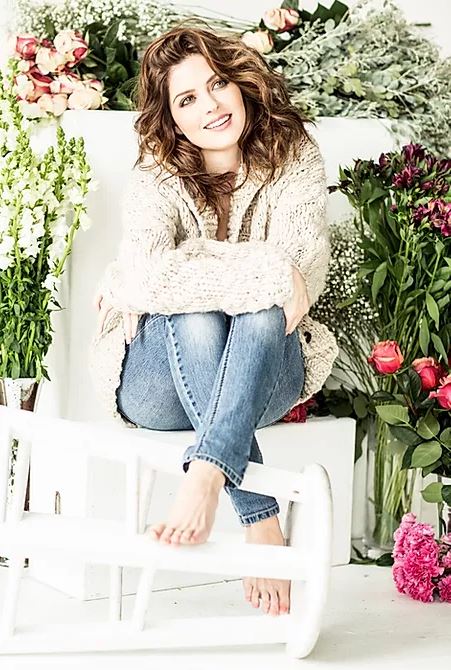 So which medium does she focus more of her energy on these days?

“I feel like an equal split. Maybe more acting. I love singing. I am fortunate to be a working actor. I give 100% of my income in music back to children in foster care. The goal is to build a neighborhood here in the United States, make sure it’s running successfully, and replicate that in all 50 states to basically solve the foster care system.”

She is a foster parent and if you think about it, there’s no greater gift you can give a young person.

“Foster care is insanely emotional, physical, and spiritually taxing. It is the most rewarding thing I’ve ever done. I don’t know a foster parent that’s every regretted becoming a foster parent. But I don’t want to sugarcoat it,” she said honestly. “It’s emotional beyond belief. 50% of foster parents do burn out within the first year.”

She’s always running Twitter campaigns and contests to help donate to this cause. You should follow her here @jen_lilley. And go to https://www.projectorphans.org/usa if you’re so inclined to donate.

Growing up in the Virginia area, she is a fan of the Washington Redskins. She knew they were one of the worst spending teams in the league.

“I love football. I was a cheerleader and I was the captain of my powderpuff team,” she revealed. “Unfortunately, I’m a Redskins fan. I’m loyal and they’ve been terrible. I’d be so ecstatic if they got good. I will act like one of those people who don’t get to like them unless you’ve had to like them. I’m a fan of the game. Being from Virginia, I love basketball too.”

Her favorite football team is in the midst of a name change. The new name is unknown, and Lilley has a strong opinion on this subject.

“I don’t like the name changes. I understand it. I have mixed feelings. I feel it but good god, our society, can we please not be so sensitive. We are overly sensitive to everything.”

Understand, Lilley is like a sprinter in an interview. She’s super smart and can say a lot in a short period of time. That’s when we moved on to talk about the Hallmark Channel and their love for Christmas outside of December.

“So, they do a thing called Christmas in July. I was like ok if there was ever a 2020 thing it’s this. A fan wrote on my Instagram, I just learned this, this week, they have a Christmas movie every single Friday,” she snickered. “That’s a lot. I like Christmas, I mean, that’s a lot. That’s extra.”

Like most everybody else she eventually said, “What else can happen in 2020?”

It’s good to have positive people like her out there helping others. She is doing a lot of good and that shouldn’t go unnoticed.

Check out my album review here: