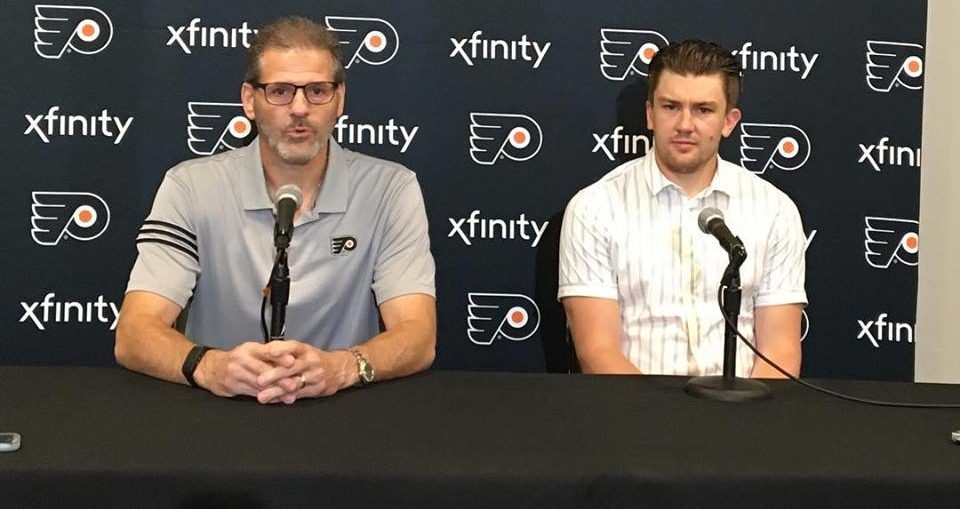 “They have a lot of skilled players, guys that are good with the puck, make good plays, skilled players with right-handed shots, me being left-handed it’s nice to play with guys who are righties,” JVR said, clearly scouting this team before free-agency started.

Toronto’s loss is Philadelphia’s gain. Toronto didn’t have him in their plans and they were direct enough to tell their top goal scorer (36) about their future plans.

“With Toronto, I appreciated them, they told me a few weeks before free agency that they would be going in a different direction. You appreciate that. I enjoyed my time there,” he stated. “I think it was good for me as a person. Good for my career. I have a lot of great memories playing there. I will look back fondly at my time there. Telling me that beforehand was good in a sense because it allows you to access your situation a little bit differently in free-agency.”

He played in Toronto for six years and when he’d come back to Philadelphia he would frequent a particular restaurant.

“Every time I come back I go to Barclay Prime. When I’d come back with the Leafs that’s where I’d go, “he divulged. “A buddy who I grew up with and went to Villanova who lived with me my last year here, and my agent who’s from Philadelphia, we’d meet up there. It’ll be nice to get that a little more frequently.”

He spent six years in Toronto. He left having his best season as a goal scorer. In his three years in Philadelphia, he was a developing player. Now that he’s developed you can expect him to get 30 goals or more and close to 70 points this season.

JVR talks about his early times with Toronto here:

Here’s a look at his new jersey here.