Kelly Murtagh was born in Baton, Rouge Louisiana. She’s an actress, writer, and producer at this point, but at the start, while she seemed destined to get into acting.

“When I was three or four, I was always into pretend. I made up stories and plays with my stuffed animals. I was always wearing hats. My mom told me I was always a different character. I was very rarely Kelly,” she said. “I grew up with a strong performing arts background in singing and acting and then when I got to high school, I started to think that wouldn’t be a viable thing to do for a career.”

She didn’t know anybody in acting at the time as their job, so she was thinking about another career. She majored in broadcast journalism. She thought at the time, “That’s like performing but more of a serious thing”. 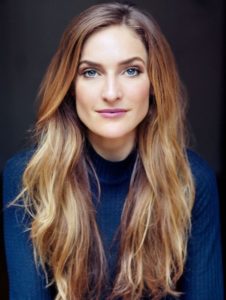 At Elon University, and sports ended up being her thing, over serious news, or so she thought. At that point, her life was following what she thought was a logical path.

“Then I got into sports, which I love. I love college football and the NFL. I thought this was cool. It was more light-hearted. I could do interviews with athletes.”

She eventually moved to Los Angeles and that’s when she knew she wanted to be an actor.

People down south take their sports seriously. The Saints are an institution in Louisiana. It just so happens her husband, Robert John Gilchrist is from Downingtown, PA. One day they both ventured to Philadelphia to see the Saints vs. the Eagles.

“My husband is an Eagles fan. Eagles fans are intense,” she laughed. “A couple of years ago we went to watch a game. It was cold outside, my husband was like ‘ok Kelly, maybe you should just wear an Eagles jersey, or not wear anything Saints’. I was like, ‘excuse me?’, I’m decking out in Saints gear, I had a hat, a jersey, scarf, and gloves, and he was seriously concerned for my safety. I got so much flak from people that worked at their stadium.

“I was walking in and while they were checking my ticket they were like ‘are you ready to lose’. Some guy went up to my husband and was trying to set him up with one of his female Eagles friends. He was like, why are you with this girl? We lost and my husband still says to this day, it was probably for the best.”

The coronavirus has affected everyone around the world. Nobody is immune to, at the very least, being home quarantined to some extent. Both of us talked about this for a while before I officially started the interview. Kelly was very personable and a HUGE dog lover. We talked about that for a while.

She’s in a movie called “The Lovebirds” and that was supposed to debut at SXSW but now it will have to wait.

“SXSW did get canceled last week and now Paramount has pushed the movie indefinitely until things become clearer with this health crisis in our world. Which I’m saddened by. I was super excited for it to come out but I’m also gracious that they’re being precautious.” Murtagh revealed. “I hope when it does come out. We will all be ready to go out of the house to go to the movies again and watch a comedy together.” 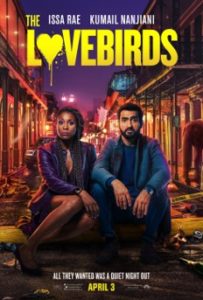 She wrote, produced and starred in a movie called “Shapeless” that’s now in post-production.

“It is going to be coming out next year to doing the film festival circuit. I’m not sure where it will be premiering yet? We will be in a hard lock with everything by October and go to film festivals and go from there,” said Murtagh. “It’s exciting but uncertain too.”

The movie is about Kelly and some of her struggles.

“It’s based on a story of mine. I struggled with bulimia since I was about 14. So, I went to treatment and I was a singer my whole life. When I went to college I tried to take a voice lesson to sing again, I hadn’t done it in a few years and was struggling with my eating disorder, the teacher said something was going on with my vocal cords and I should get it checked out,” Murtagh remembers, “I saw footage of just ravaged vocal cords. Scarring and holes, the dr. said this came from a really long time of severe acid reflux.”

Back to football. She has a few favorite Saints players.

“There are so many Saints players that I love. I have to think Cameron Jordan and Alvin Kamara are up there. You gotta love Kamara, he has so much going for him,” Kelly said in an excited tone of voice. “He loves New Orleans. He walks to and from the dome. He’s a big part of the community, which I love. OH, I love Michael Thomas too.

“When the Saints won the Super Bowl, I will never forget it. I was in LA and I just burst into tears. It was a very emotional season. New Orleans is a town that wears our hearts on our sleeve.”

Here is her resume: