Over the course of 20 NHL seasons, Doug Gilmour carved out a reputation as one of the game’s top two-way forwards and he remains one of the most popular players of his generation nearly 15 years after retiring. His professional odyssey was marked with stints in seven different jerseys and along the way, he managed to not only win the Stanley Cup, but also earned a spot in the Hockey Hall of Fame. This adventure has been chronicled in a new autobiography written with author Dan Robson entitled Killer: My Life In Hockey, which released in October and is expected to be a popular item, particularly among fans of the Toronto Maple Leafs, heading into the holiday season. 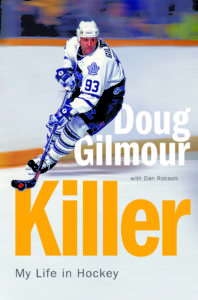