You are here
Home > Hockeyology > My Top 3 Calder Trophy Candidates 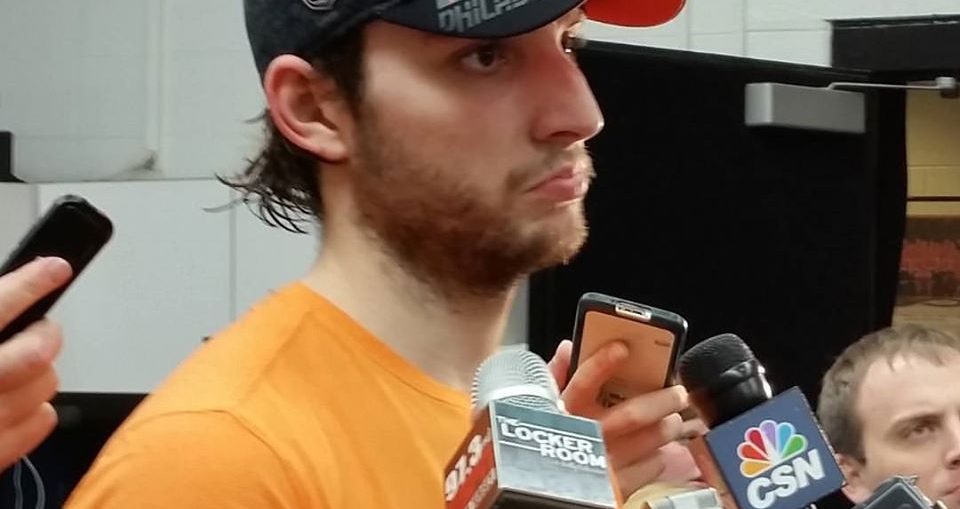 If the season were to end today here are my top 3. This is not the order that I’d vote them in and this isn’t my final decision because things can change in a hurry. This years rookie crop is outstanding and honestly there are 6 really good candidates.

Shayne Gostisbehere – The offensive spark he’s added to the Flyers has been impressive. His role on the team keeps growing. The impact he’s had on go-ahead goals and game winning goals is undeniable. His defense is improving and he’s a plus player. Instincts don’t show up on a stat sheet and he has a very high hockey I.Q. His shooting percentage of 11.8% is solid for a defenseman. Most of his 16 goals have been meaningful.

Dylan Larkin – This top liner, more on the wing then in the middle, for the Detroit Red Wings does a little bit of everything. Have his offensive numbers slowed down? Yes. Has his team slowed down? Yes. So his plus-minus has dropped but it’s still terrific. His 41.4 percent on face-offs is decent for a rookie going up against some of the league’s best. In wins he’s at 55%. He’s 3 points away from leading his team in points. Considering who’s on his team, that’s impressive. His hockey I.Q. is the best among rookies. His hits and blocks are another reason he’s on this list. Plus his 22 goals can’t be overlooked. He has 40 takeaways, and 35 giveaways, also important to note.

Artemi Panarin – At 24, he’s the oldest on the list. He’s the rookie goal and points leader with 25 goals and 64 points. He’s a plus player but he’s the weakest defensively in the group. He plays with Patrick Kane but again, at times he’s elevated Kane’s game as well. His shooting percentage is 14.8%, that’s a great number. At the end of the day he had to make a North America transition and he’s done that with great ease. His 19 even strength goals is a great number since he goes up against top defensive pairings. He’s scoreless in his last 8 games. Will these three finish on my list? Stay tuned.

Connor McDavid – He’s an amazing player. His points per game is impressive and he’s taken a ton of face-offs. He hasn’t played as many games as the others and something that happens to most rookies is they hit a wall. When he got injured he also got away from the game and while that’s not a physical advantage to me it helps a young player mentally. Even though they’d rather play. His face-off percentage in wins is 39% that’s not great. He’s not a hits guy, which is fine, but he’s not a shot blocking guy either, again that’s fine but it limits him slightly. He still can get on my ballot but he has to finish ridiculously strong. McDavid has more takeaways as well.