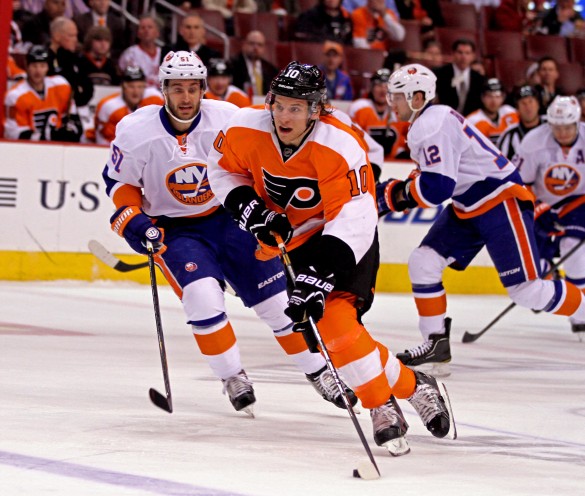 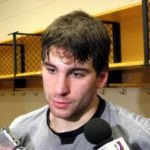 This is something to think about when Maple Leafs fans and Toronto media talk about John Tavares signing with the Maple Leafs as a free agent in a couple of years. Imagine pairing Matthews with Tavares?

This could be reality. This is something Islanders fans dread. Remember Tavares is a Toronto native, and it would be something if he leads his hometown team to a Stanley Cup.

So much can happen in two years. Tavares doesn’t know what he is going to do. It’s on the Islanders to do whatever it takes to keep him. If they are committed to winning the Stanley Cup, he’s staying.

The Islanders can’t take it for granted he is staying. They are in not that position. They are not a first-class franchise to think that way. They are still a mom-and-pop operation until Islanders new owners Jon Ledecky and Scott Malkin prove otherwise.

Ledecky and Maklin will get a chance to prove Tavares what they are as owners. They need to spend to win. They have to convince Islanders general manager Garth Snow to start giving up prospects to get a winger to pair with Tavares.

The Islanders are going to have to keep making progress as a franchise for him to spend his best years with them for the rest of his career.

Getting to the playoffs in the last three out of four years is nice. Advancing to the second round for the first time since 1993 is a good accomplishment. But this is incremental progress.

The Islanders should strive to have high standards, and that is competing for the Stanley Cup year after year. The Blackhawks should be the standard.

This is what Tavares wants from his current team before he is ready to be committed to them.

It’s on the Islanders to make it happen. Getting to the Eastern Conference Final has to be the goal this season. Get there and maybe Tavares makes a commitment this offseason.

Still, the Islanders can’t afford to take him for granted. Players like him are hard to come by. Tavares is going to want to be wined and dined in his first experience as a free agent. He is no different than any other player.

Things can change in two years. He might feel this is the best he could do for a franchise that has struggled to have an identity in this town and in the NHL.

It’s up to the Islanders to change that perception. Having new owners can only help. The Islanders went as far as they could with Charles Wang as owner. They did good things, but being in the playoffs can’t just be the standard for a hockey franchise, especially in a city where it’s championship or bust.

Ledecky and Malkin have two years to prove themselves as owners. This is a good amount of time to show Tavares what they are as owners.

Tavares earned the right to do what he wants as a free agent. It’s something we all dream of doing when it comes to choosing jobs.

It’s not going to be about the money for him. It’s about what team will get him a chance to win the Stanley Cup and nothing else.

Tavares wants to be in the class of Sidney Crosby, Jonathan Toews, Patrick Kane and other great players. He knows what he accomplishes is nothing unless he wins a championship. It’s how we judge pro athletes of any sport.

The Islanders captain takes pride of being called a champion. Being in the Hall of Fame is going to mean nothing to him if he doesn’t collect Stanley Cup rings.

He is not going to waste his time with the Islanders if they are not committed.

The Maple Leafs provide a good option to increase his Stanley Cup chances. They have young players in the farm system. They have drafted well in recent years. They have a good infrastructure with Brendan Shanahan, Lou Lamoriello and Mike Babcock running the show.

If I was Tavares, I would sign with the Leafs. It would be a no-brainer.

The Islanders are on the clock. They have so much to prove from now until the day Tavares becomes a free agent.

They have no time to waste.