You are here
Home > Baseballology > Should Familia Be Mets Closer Moving Forward? 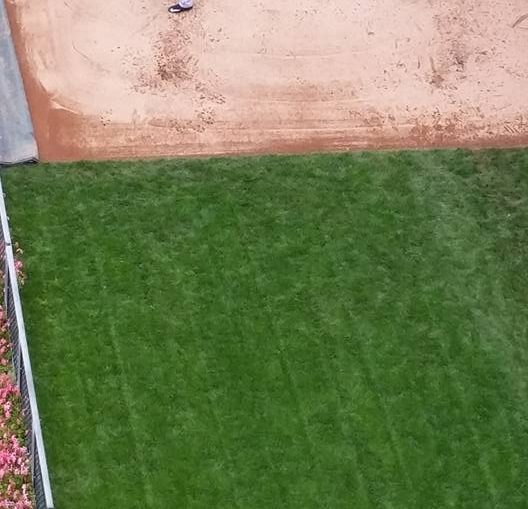 It has been a week since the Mets were eliminated by the Giants in the NL Wild Card game.

For the Mets fans, it still stings. How could it not be? The Mets and Giants were involved in such a great game until Jeurys Familia threw a meatball to Conor Gillaspie, who hit a three-run home run in the ninth inning to help the Giants advanced to the NL Division Series.

That moment leaves a scar for the Mets and their fans this offseason. It is something Familia will think about all offseason.

This might have been rock bottom for the Mets closer. It also means he has become a liability as a closer in a big spot.

The Mets are going to say the right things about him. They have no choice. They don’t want to destroy his confidence. There are no better options in their view.

That would be short-sighted on their part. The Mets owe it to themselves to find someone better that can do the job as a closer. That would mean signing Aroldis Chapman as a free agent this year or try someone else like Robert Gsellman to close games.

It’s probably unrealistic for the Mets to sign Chapman. They are not going to spend money for a closer when they have an option. Plus, they are likely going to allocate all their resources to keep Yoenis Cespedes.

The Mets have a chance to win a championship in the next few years with the starting rotation they boast. They should do whatever it takes to be in this position. If it means changing closers, it should be done.

Chapman is reliable. He proved he can pitch in New York from his stint with the Yankees. He has a better temperament to close than Familia. Put it this way. I feel much more confident if the Cubs closer is closing games for the Mets than the current Mets closer.

Cite Familia’s 51 saves this season, but that means nothing. It’s about getting saves in the postseason. It’s about coming through in a big moment. With him, it’s always a roller coaster ride. He has to pitch on the edge by having two runners on base for him to be effective. That’s not a recipe for success as a closer. It comes back to haunt him. It certainly did last week.

The Mets did not advance because they could not rely on him to step up in a big stage. That has been Familia’s problem going back to last year’s World Series. It becomes mental for him.

Closers are like NFL kickers. They rely on confidence to perform. Once they experience failure, they expect to fail. That might be the case for Familia all of sudden.

The Mets can’t afford to go through that. They experienced it enough with John Franco and Armando Benitez. They can’t let history repeat itself again.

The Mets need to be proactive with their closer situation. That’s what great teams do. New York is not the place for a player to get his confidence back.

The Mets have to know this is who Familia is. He’s not going to dominate. He will find a way to get out of it when he is in jams.

That’s why it’s time to find someone different. It can’t be any worse.

Either the Mets find another proven closer or develop a closer who can get it done. It can’t be more of the same.

Familia had his chance. It was a good run, but closers are disposable and replaceable.

The Mets have reached that point. It’s been two years. It’s a long time.

They can’t waste this window of opportunity on Familia.

It should be a sobering reality the Mets need to consider.