You are here
Home > Hockeyology > Steven Stamkos – – A Born Leader

Going back to 2008, when Steven Stamkos was picked first overall, the Tampa Bay Lightning had new hope. Their 2004 Stanley Cup run was in the rearview mirror, and a new player was selected. Was he selected to lead them? Probably, he’s always had those capabilities.

“You knew once we got that first goal, Vasy was going to shut the door,” Stamkos stated. “It’s amazing the confidence we had coming home after a tough overtime loss.”

I was at that draft in Ottawa, when Drew Doughty was selected 2nd overall by the Los Angeles Kings. There was never any doubt, at least in my mind that Stamkos was going first.

Stamkos has always been in the shadow of Sidney Crosby with some members of the media. They’re both Canadian centers, but they’re different players. Stamkos has averaged 1.03 points per game, in this era, that’s tremendous after 13 seasons. Crosby is at 1.28, enough said, there is no comparison and never should be.

“I haven’t slept very well in the last week,” Stamkos revealed. “It’s so stressful going through these situations. That was the toughest game for me. We knew their backs were against the wall. We are on home ice. You want to win so bad, and you’re so pissed off about the last game. You reset, and you use everything as motivation.”

Stamkos has always exhibited leadership abilities. He wore the “A” for the Sarnia Sting, and he weathered the storm when his coach, Barry Melrose chose to play him less than 10 minutes and night, no power play in his rookie season, and got fired. That was the big break for Stamkos. 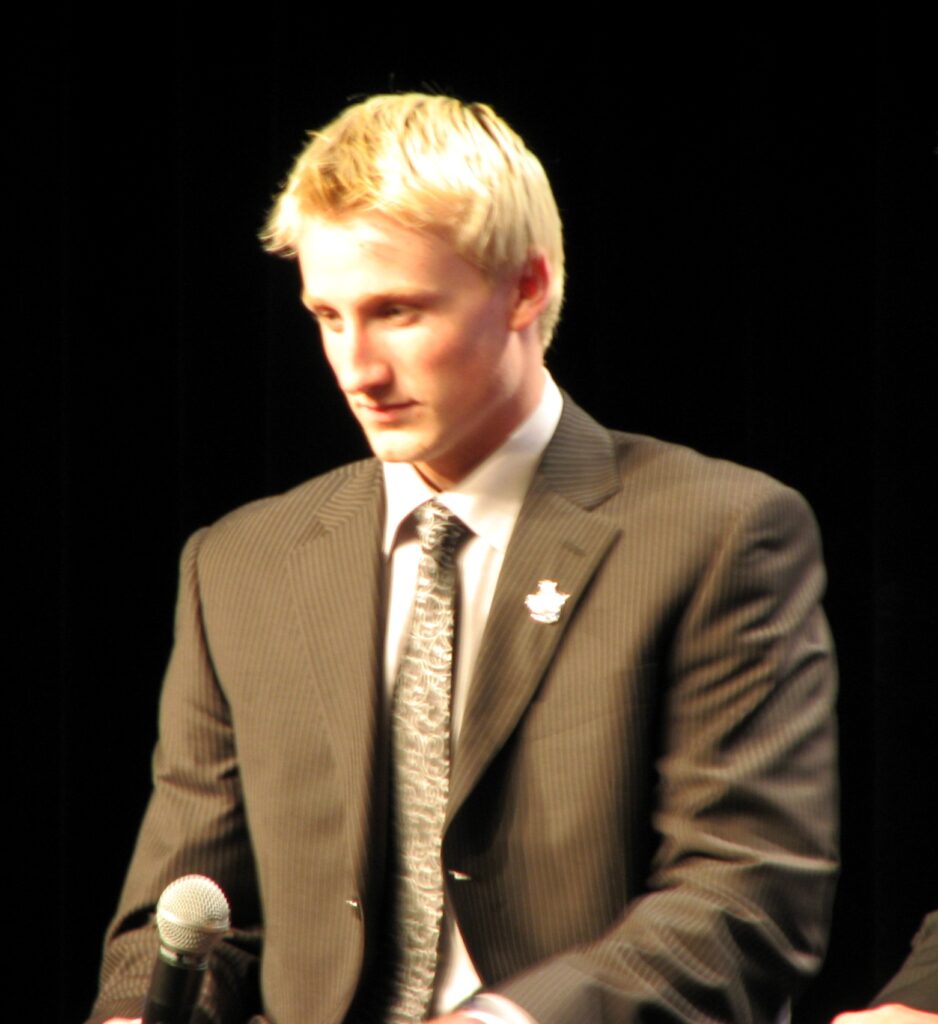 Stamkos became the full-fledged captain for the 2013-14 season, he wore the “A” going back to 2011-12. If you want to lead, most times, leading by example is the way and Stamkos can score big goals. He has 439 in the regular season and 32 in the playoffs. Even this year, under a lot of criticism by some fans and media, he still managed to score 18 points in 23 games. Considering he played in only one postseason game last year and got that all-important goal in Game 3. It came off his first shot. That sparked his team.

“We had an opportunity to win last game in Montreal and we didn’t,” Stamkos preached. “They get some life. They come in here. We said it’s an opportunity to win in front of our fans. It’s an opportunity to win in front of our family. Those two groups didn’t get a chance to celebrate with us last year. That was motivation for the group we have knowing realistically that this is the last time all of us are going to play together. It was amazing. There was no doubt in my mind we would play a lot better than we did in Montreal. Win or lose. Look at our record after a loss. It’s unheard of at 14-0 in professional sports. I can’t be prouder of this group.”

Stamkos is going to be a Hall of Famer. He will get 500 goals, he’s only 31, and every one of those players is in the Hall. He’s won two consecutive Stanley Cups, and he will go for three. Let’s not overlook how great he’s been because he’s on a super-talented team. My father said, be a leader, not a follower, it’s hard to find a leader like Stamkos.