You are here
Home > Hockeyology > Tampa vs. Dallas – – Expect The Unexpected in the 2020 Stanley Cup Final

The Stanley Cup is just around the corner, heck it’s tomorrow night, and none of us are prepared for it. It’s September 18th, and the 2019-20 season is still ongoing. So much has changed. This is like a second season since they had that long break before they returned to the ice.

“We’re in a bubble in Edmonton, but for the most part the hockey is the same,” said stars forward, Corey Perry. “When we came back it was for one reason – – to win the Stanley Cup.”

Most people would have expected the Dallas Stars making the Cup if Ben Bishop was the goalie, and Jim Montgomery was the coach. That’s how this all started for them, but now, it’s a whole different ballgame.

“I’m going through regular preparation. It’s a different scenario because it’s the Stanley Cup Final but the same routine,” said Anton Khudobin, who was a black ace back in 2011 when the Bruins won the Stanley Cup. Now 34, he’s getting a chance to climb that mountain as the starting goalie of the Dallas Stars.

Both teams have an elite blueliner and both teams talked about Tampa’s Victor Hedman and Dallas rearguard, Miro Heiskanen.

“Modern hockey is creating offense from defense, but we don’t want to get away from our game plan and play Stars hockey,” said Stars defenseman, John Klingberg.

Hedman talked about what’s unusual about a Stanley Cup compared to other sports championships.

“You play the same team four times, and most likely seven times. There’s not going to be a lot of room out there. When you make it this far you will get their best shot and our best shot.”

Andrei Vasilevskiy is an elite goalie. He was always going to be that. The Lightning drafted him 19th overall in 2012 and ever since then, he’s been getting better and better.

“Our d-core is very heavy, and I’ll give it my very best,” said Vasilevskiy.
“It took us five years to get another crack (Tampa lost to Chicago in the 2015 Stanley Cup Final). Like Vas said, it was his rookie year, and he was thrown into it,” Hedman added. 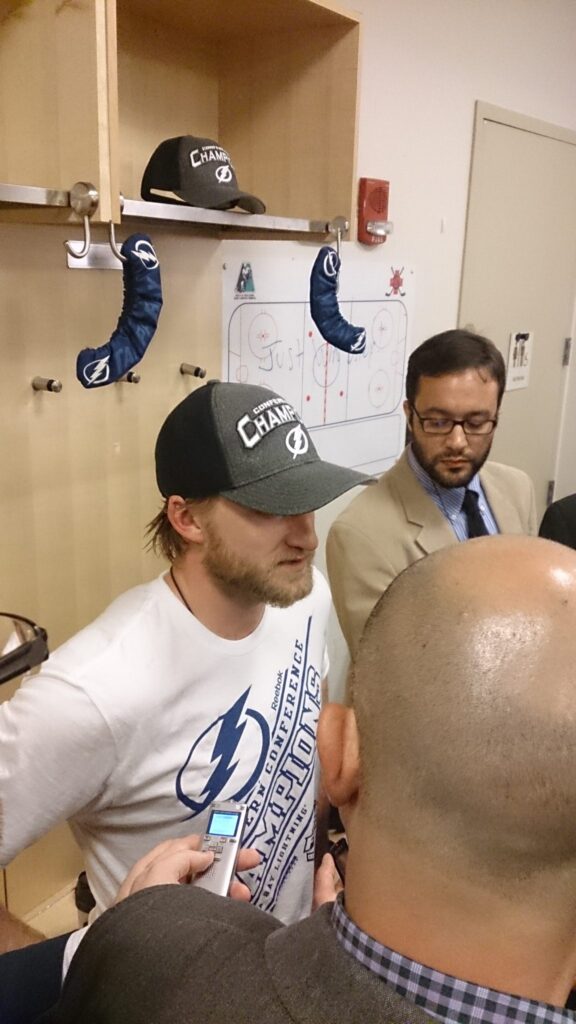 Brayden Point has been a catalyst all year for the Lightning even with Steven Stamkos out with a core injury and not expected to play in Game 1. Point is banged up himself, but hey, it’s that time of the year.

“I think everyone on both sides has something they’re dealing with,” Point stated.

Back to Heiskanen. He’s one of the best defensemen in the game, and that’s not lost on anybody.

“I haven’t seen a player like him in 10 years,” Khudobin added.

Even the man himself is humble.

“I try to read the game when I’m on the ice,” said Heiskanen. “It depends on the situation.” 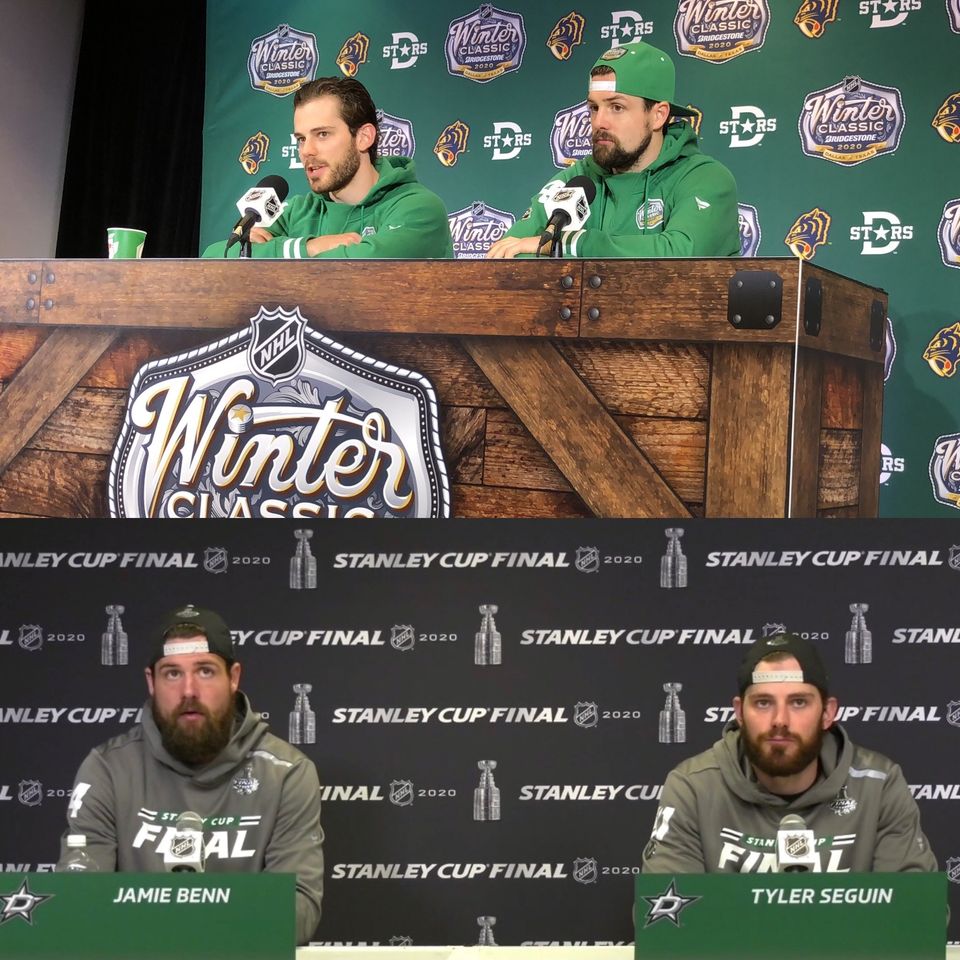 Dallas forward Tyler Seguin talked about the importance of the Black Aces.

“We are all one unit, including the Aces,” Seguin echoed.

Both teams are united and on a mission. Both teams play contrasting styles. I’m taking the Stars in 7 because they’re more rested, and they can punish the already banged up Lighting with a blistering forecheck.

Drop the puck. Fans have waited more than a year for this Stanley Cup.