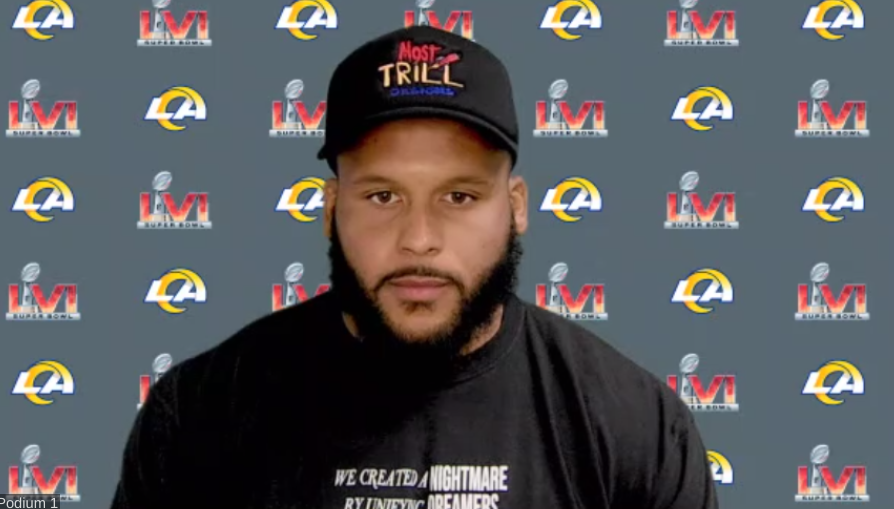 The Los Angeles Rams will face the Cincinnati Bengals in Super Bowl LVI on Sunday night. Bengals quarterback Joe Burrows is the star quarterback and most think he’s much better than Rams quarterback Matthew Stafford. If this game were just a matter of who throws for more yards, then the Bengals would win. But it’s a bit more complicated than that.

Burrow has been sacked over 60 times in the regular season and the playoffs. That’s a recipe for disaster when you’re going up against Aaron Donald and Von Miller. Just those two would be more than most offensive lines could handle but the Rams have more than that.

“With the guys we have. The way they’ve been flying around at practice, they’re locked in,” said Donald. “We added another great piece to the puzzle. We had a solid group and then we added Miller. We’re all smiles. If anything, it took a triple-team off me.”

I still believe that defense can win championships. Burrow will have to get away from his normal passing game and must rely on running back Joe Mixon to keep the Rams pass rush honest. In the AFC Championship Game against the Chiefs, Mixon had 115 all-purpose yards. He never found the endzone, but he kept some pressure away from Burrow. He was sacked only once against the Chiefs, but the Rams pass rush according to Pro Football Focus is ranked 4th and the Bengals offensive line was ranked 20th. It’s a mismatch on paper.

“How we play upfront will dictate whether we win or lose,” Leonard Floyd said with conviction. “It’s a challenge and we will see come Sunday.”

Donald had 12.5 sacks this season. Floyd had 9.5, and Von Miller had 9.5 sacks. Even the best quarterbacks, mobile or not, can’t throw passes on their backs. If you can disrupt a quarterback a lot early in the game sometimes, they can get “happy feet”.

“I’m ready. Let’s go out there on Sunday and compete,” Donald added.

Rams coach Sean McVay could be the guy. He’s gotten close to winning before and now he seems more up to the task than ever before.

“Why you get into a situation like this, to play for a championship, and this includes the Bengals because your best players play like they’re capable of. When their best is required and that’s what we’ve seen,” McVay said in a hoarse voice.

This is a home game for the Rams. For all the marbles. It will take a near-perfect game by the Bengals to beat them.