Suppose you’re going to tweet that your team passed on Cale Makar and should have drafted him. Why did you wait until he won a Hobey Baker Award, Calder Memorial Trophy, a gold medal in the World Juniors, a Frozen Four appearance and a Conn Smythe, a Norris, and now a Stanley Cup?

I know there have been rumblings from different fan bases and here’s the fact. Your team wasn’t interested in Cale Makar in his draft year. He was the ninth-ranked North American skater based on Central Scouting’s final rankings. When the NHL had their top prospects on the boat in Chicago, Makar wasn’t on it. To think that Makar would go 4th wasn’t imaginable. Most weren’t thinking about that. 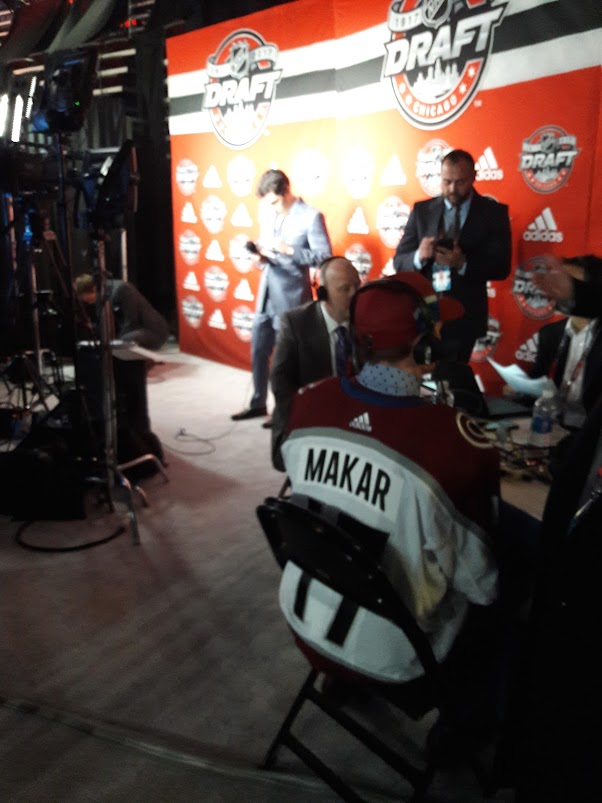 Makar in his post-draft radio interview on NHL Network Radio

If I come clean here, I had Makar ranked 13th. The Colorado Avalanche knew what they were doing. Scouting the AJHL where Makar played wasn’t a destination spot for scouts. He was 5-10, 179 pounds. There weren’t a ton of blueliners in the NHL with those measurables. You knew the speed and shot were there but seeing how he would progress was an issue considering the league he played in. There were a lot of questions. Anybody saying otherwise isn’t telling the truth.

He barely had a mustache at the World Junior Championship. Listen to his postgame interview here:

That was in January of 2018. He had eight points in seven games and was great on the power play. Was he on a great trajectory, yes. Was he a lock to be a superstar? Not yet but he was getting closer.

At 23, he’s now showing you the level of greatness that he’s reached. And he may not be done, that’s the crazy part. Am I comparing him to Bobby Orr, who I saw, but not in his prime? No. Is Makar changing the way the game is played from the blueline? He is and that’s something that we can revisit down the road. Makar has accomplished so much early in his career that he has another 10-15 years ahead of him if he stays injury free.

He’s now 5-11, 187 pounds, and of course every team in the league would want him. The question you have to ask yourself is if he wasn’t drafted 4th, how many other teams would have passed on him? My guess is 4-5 more. It’s just a guess.

The NHL didn’t even invite him into the green room like other draft picks. Makar mentioned that at the podium.

“I didn’t get that option. I was in the stands right from the get-go.”

Some scouts predicted he could be the best player in the draft, and they were right. But that wasn’t the prevailing thought, or the top three teams wouldn’t have passed on him.

In the end, revisionist history is never complete. I hope I was able to fill in the blanks.