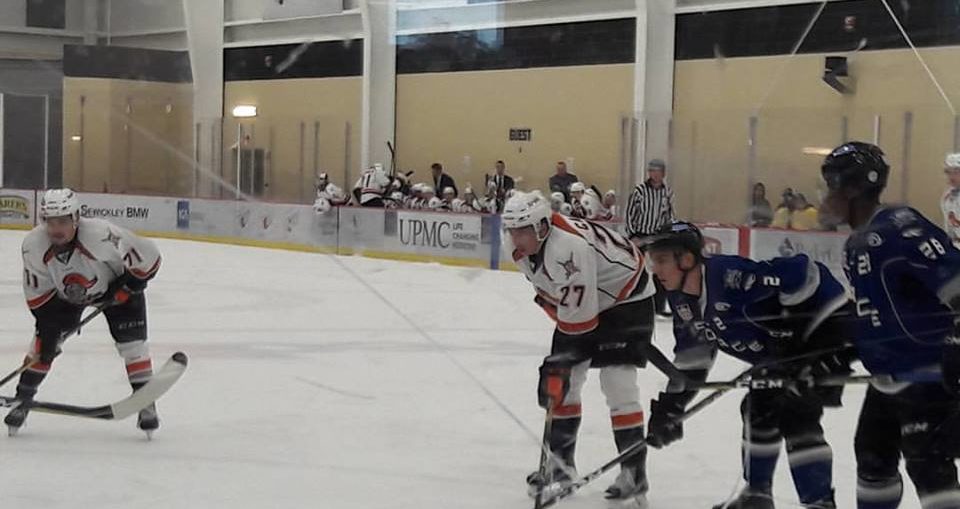 Emilio Pettersen – Muskegon – 5-10 – 155 – C- There’s a lot to like. He had a couple of helpers. He can spring players loose with creative passes. He helped his team to a comeback win. He’s good in the face-off circle. He can operate well in traffic with great stick and puck skills. He uses his body and he has a pro wrist shot. He makes things happen. 2018 draft eligible.

Sampo Ranta – Sioux City – 6-1-180 – LW – Had a hat trick before the second period was over. He’s got good speed and good strength to get into scoring areas. His wrist shot is wicked. His has a hard shot that is hard for goalies at this level to handle. He was dominating for a good period of the game. 2018 draft eligible.

Noah Cates – Flyers prospect – 6-1, 175 – C – He set up the first goal of the day with a middle of the ice turnaround pass. Not quite a no-look but a highly skilled play, He was engaged the entire game. His speed has improved. He played hard in the corners and was noticeable on every shift. He played a third line center role. He needs to be more physical as he gets stronger.