You are here
Home > Hockeyology > 2020 Winter Classic Wrap Up 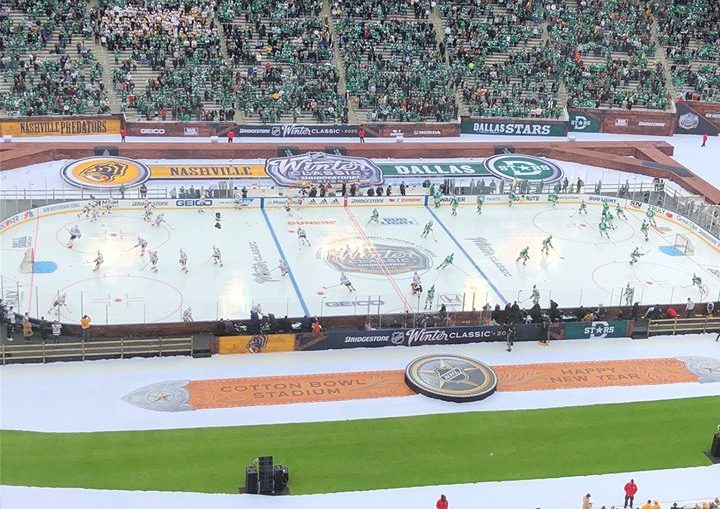 Dallas – – The 2020 Winter Classic had a lot of drama, fans, and atmosphere. A great game, perfect weather and perfect ice and the Dallas Stars scored four unanswered goals in a 4-2 comeback win over the Nashville Predators.

I talked about the classic on a lot of outlets. Here was one of them where we talked about what might be coming in 2021!

The game generated around $35 million into the local economy. This was an underreported fact. This game gets casual fans interested in hockey. Playing this game in the south has sparked new fans that will show up in the next decade. That’s how you grow the sport. That’s how you get a bigger and better television deal when this one expires.

Esa Lindell is a talented defenseman who plays for the Dallas Stars. The 6-3, defenseman has an interesting personality and after talking about a few hockey topics we hit upon baseball – – Finnish baseball. While he was trying to remember if he wore eye black before, I remarked that they don’t wear it for Finnish baseball.

“No, he laughed. Then I said that the game is crazy, and his response was, “why?”

I said everything is different from American baseball. He answered back quickly with, “I feel the only difference is we throw the ball up (to pitch).”

I asked him about running in a zigzag.

“That’s a difference but for us that’s normal,” he replied. “I played that in school along with Gymnastics. But not as an actual sport.”

How popular is Finnish baseball?

“It’s not that big of a sport. I guess because it’s only played in Finland. I haven’t heard it being played anywhere else,” Lindell stated. “I haven’t been to an actual game. I guess it’s not that big.”

He did get a helper in the Winter Classic and he felt the surge of winning a big game like that with three helpers in the next game.

Hockey is alive and well and people who aren’t fans of the game in non-traditional markets have lost their argument. This was a hallmark game for the brand of the Winter Classic. The fact that it filled another massive stadium with over 85,000 fans proves that as well.

More Winter Classic interviews you may have missed:

Rick Bowness talked about the failed game in the #tampa Thunderdome while with the #Bruins #WinterClassic pic.twitter.com/TO8eFGDzYi