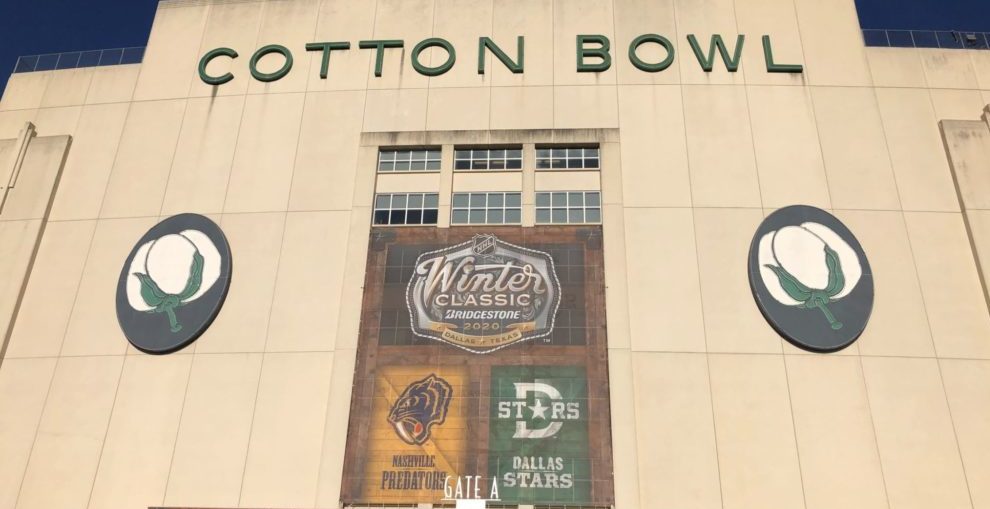 Dallas – – The 2020 Winter Classic could be the warmest of the Classics. It is supposed to be overcast, and if it is, then it might not be bad. If the weather folks are wrong, then expect a delay in the game to start. It will be around 44 degrees with a zero percent chance of rain. That’s good considering there was some rain earlier in the week that did affect the ice. Yesterday the ice was fantastic.

Dallas netminder, Ben Bishop is smart and honest. He tells it like it is and his one concern that he tried to downplay. He mentioned how the sun was hitting off the metal benches in the crowd.

“No, I just did it for fun. Maybe we should start wearing it in games at the AAC,” he joked.

When he was asked if it worked, he answered back “I don’t know what it’s like without it.”

Nashville Predators veteran, Craig Smith, had no eye black on but they practiced much later in the day when the sun went down so technically the team has no idea how that will feel until they’re out there in warmups.

I told him it absolutely reflects the sun. Still, hockey players are creatures of habit and he came up with another concern.

I told him it won’t come off immediately, but he was still undecided when I left. I think 99% of the Stars players will wear it and I think Preds players will be rushing to put it at the last minute.