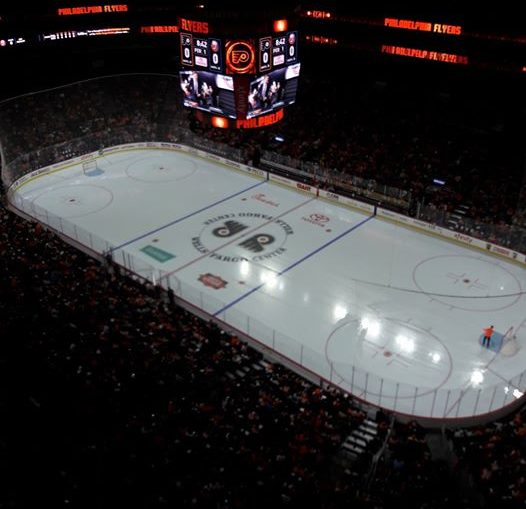 German Rubstov – In 3-on-3 he really snuck behind the defense to get a goal. He can be physical but he also has a great hockey sense to make plays like that.

Mark Friedman – He continues to look fast and strong. He frustrated offensive players by freezing the puck along the wall.

Mikhail Voroboyev – He is so slippery in the offensive end. Sam Morin was unable to corral him. He tried to push him off the puck but Voroboyev shielded it well.

Sam Morin – His reflexes were a bit slow. He needs to learn how to steal the puck because players are holding it longer knowing he will just push them and not always be able to knock it away. It’s an adjustment he can make for sure.

Jori Lehtera – He and Val Filppula looked good together. His shot was crisp. His physical play was noticeable.

Ivan Kosorenkov – His puck possession was key. He barreled into Sam Morin at one point to show his strength. He and Laberge, former teammates, were together and had some good chemistry.

Oskar Lindblom – His hockey I.Q. is great. When Travis Konecny talks about him always being in the right place you know he’s going places. He worked well with Claude Giroux.

Travis Konecny – His passing his close to elite. He’s so patient with the puck and he waits for a player to get open and can lead them like a quarterback to a wide receiver without missing any stride.

Nicolas Aube-Kubel – Showed his terrific shot on one of the goals. He has improved again since camp in July. He looks stronger.