Here is my yearly list so let’s get to it. The late, great, Harvey Frommer, would provide one so I hope I can live up to his great standards. 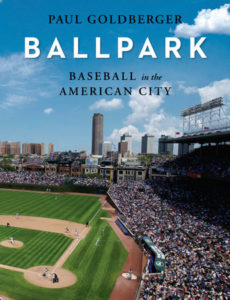 The first one on the list is Brooklyn. To me, that’s right. In my book, “Pioneers of Baseball”, I highlighted a lot of Brooklyn baseball. It was the mecca. Paul Goldberger, the author of this tome, did a great job including details of the owners of the Ballparks and how they go to prominence. There’s an amazing claim about Albert Spalding in this book. Read it and find out what that was. I like the pictures, the information and the construction of the book. See if your favorite stadium made the cut! 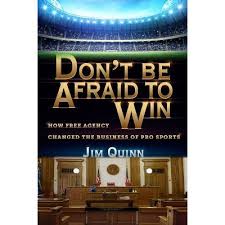 Attorney Jim Quinn created and drafted the first free agency agreement in professional sports as well as the first league-wide drug agreement in the NFL. At the 1964 NBA All-Star Game, the first time in prime time, the players had a strike before the game. The owners caved in 21 minutes. When “Dollar” Bill Bradley was drafted by the Knicks he got an agent and was immediately the highest-paid player on the team and he had a “no-cut” clause in his contract. WOW. Find out who his agent was. Donald Trump’s USFL lawsuit is mentioned in great detail as well. This book is a gem! 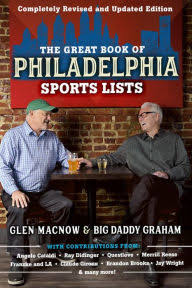 Glen Macnow and Big Daddy Graham are two local Philadelphia personalities. If you live in the area, you know them. This is a revision, and to be honest, as I’m revising two books, it’s almost as exhausting. Under Best Rookie Seasons, these authors went as far back as Grover Cleveland Alexander! I love that. They have a listing of best and worst sportswriters. I was happy to see Stan Hochman in there as one of the best. I met him once and we talked boxing and about a book, I was working on and he was so helpful and gave me advice. I used to eagerly read his articles. Some famous folks provided their lists.