I love the “what if” factor in simulated games like FHM6. I always wondered what would happen if the 1972 Rangers played the 1982 Islanders. That Rangers team was one of the best who never won a championship and that Islanders team destroyed the Vancouver Canucks in the Stanley Cup.

Here are the results: 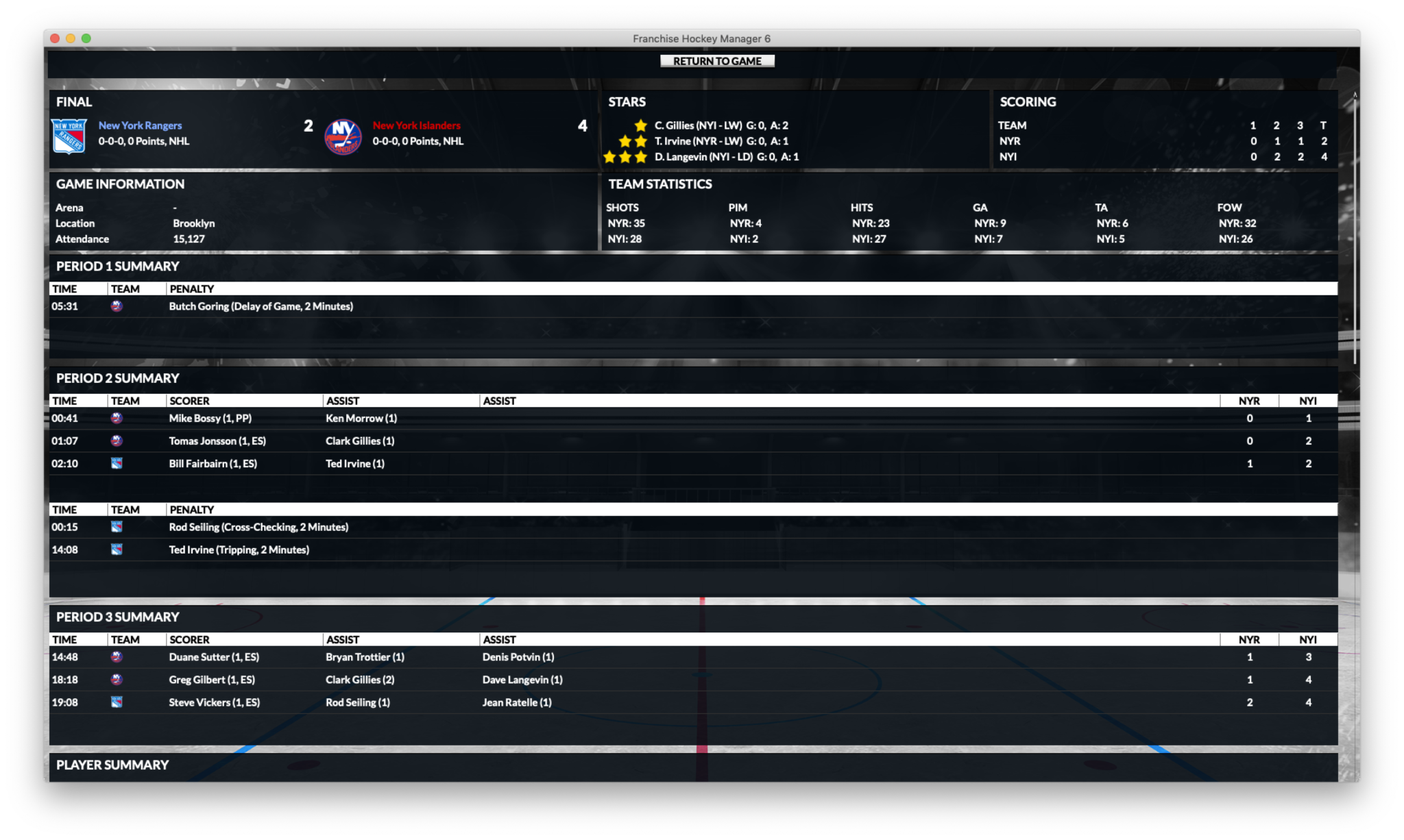 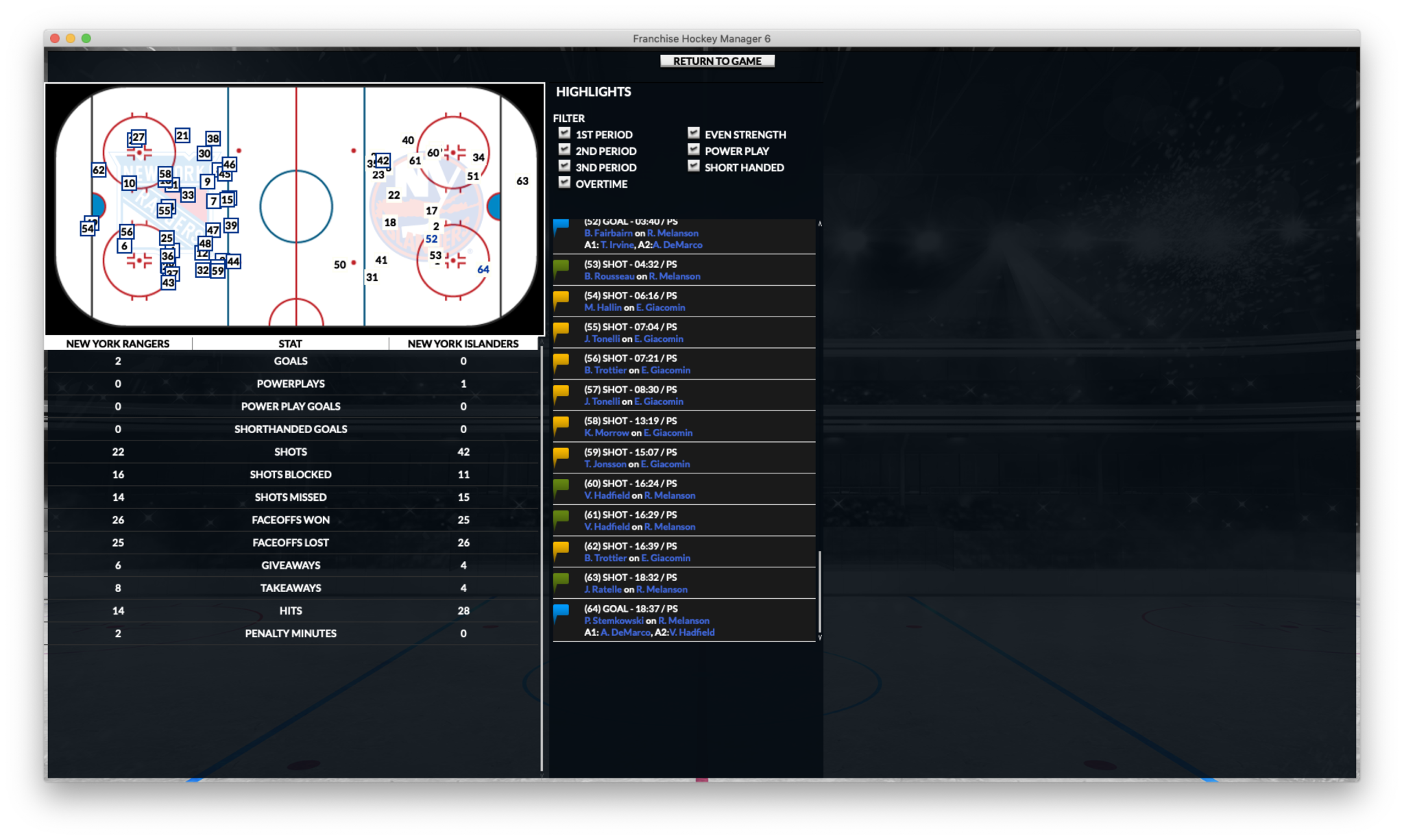 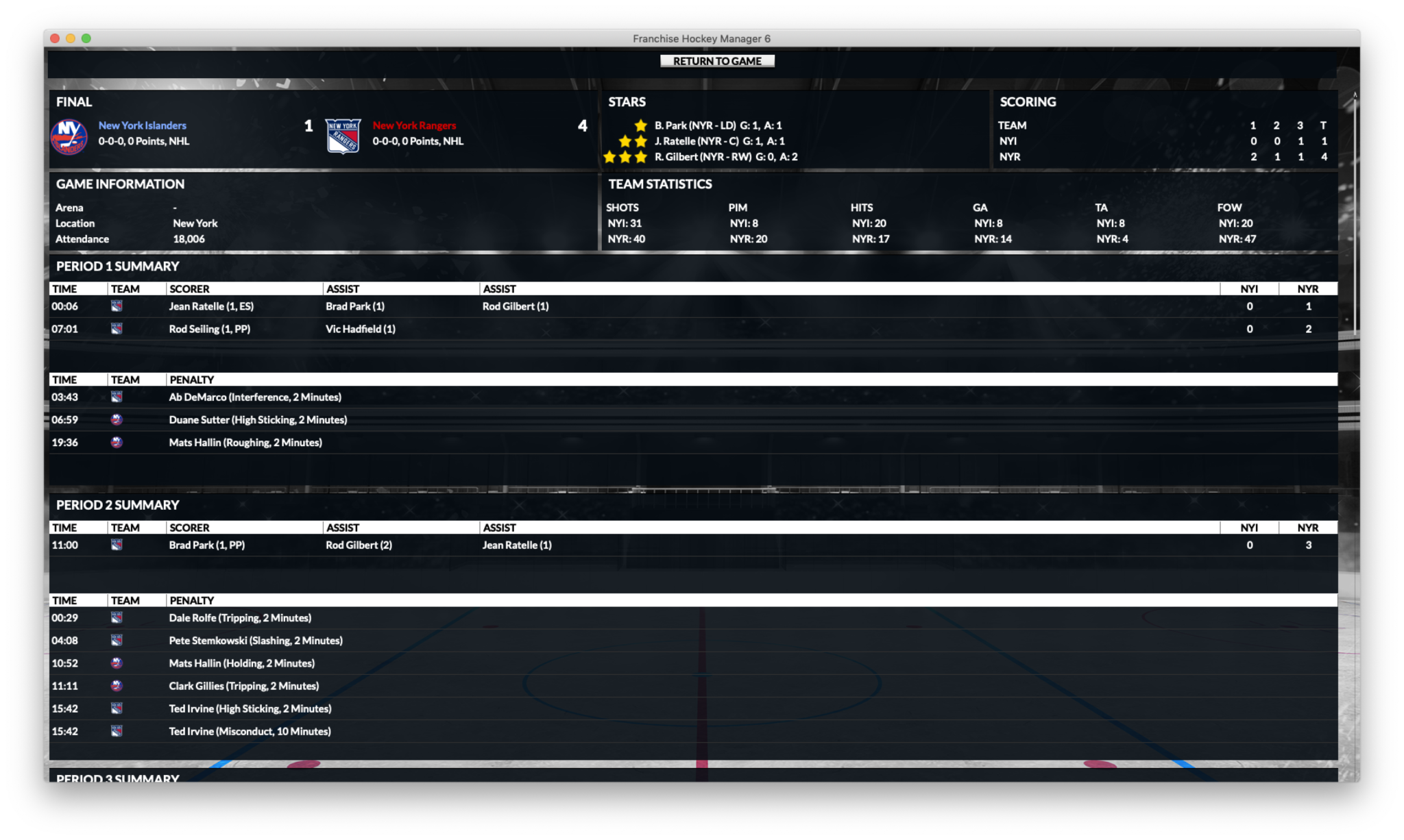 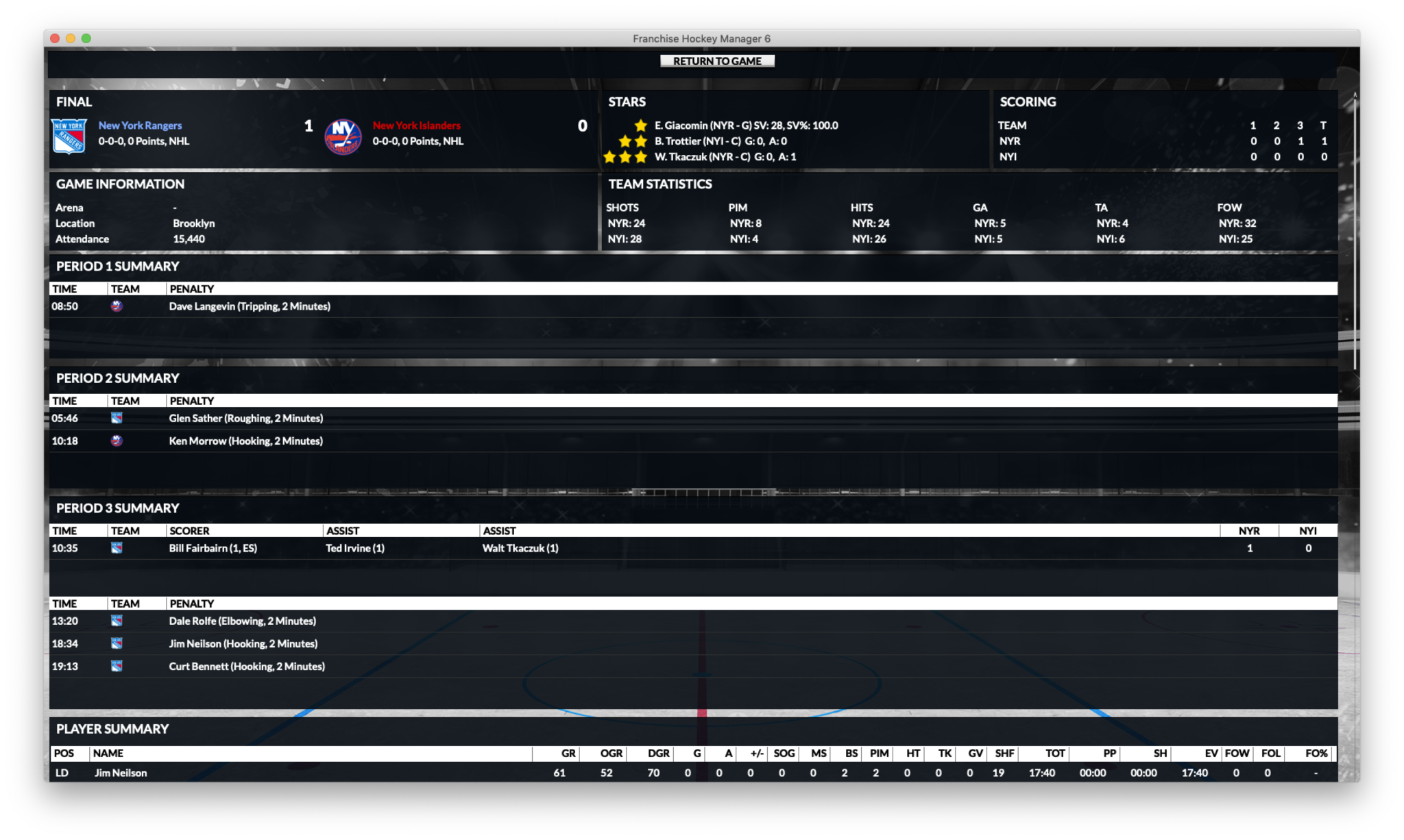 Out of the Park Developments, an official licensee of the National Hockey League®, today announced that Franchise Hockey Manager 6 has been released worldwide! FHM 6 is the biggest and deepest version yet of the only hockey strategy game on the market officially licensed by the National Hockey League®. It ships with dozens of exciting new features and improvements aimed directly at fans of hockey, strategy, and sports.
Franchise Hockey Manager 6 trailer
You can purchase the game here!