Jackson LaCombe is finally on USA Hockey’s radar. Radar for elite players that is. He was never on the U18 teams, and he didn’t play for the NTDP, but now he’s in the running to fill a roster spot on the 2021 World Junior Championship roster.

Last year at the University of Minnesota, the Anaheim Ducks prospect had 13 points in 37 games. At that time, his game was more offensive, and this season, it’s taken a different course.

“I think I’ve had a lot of improvements in my game. The defensive side of my game was a big improvement over the summer. I think for the first few games, it went well,” said LaCombe. “It was fun getting back there with them, and it went well.” 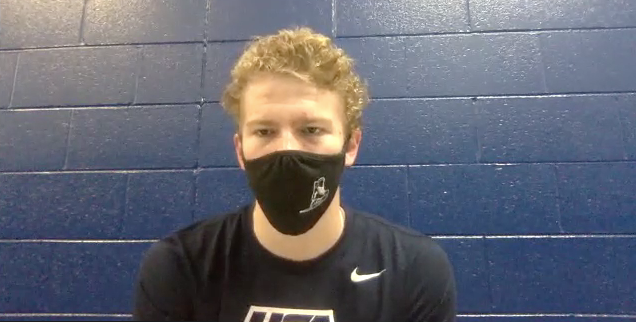 LaCombe has a lot more confidence when bringing the puck up the ice. His offensive zone entries are much improved.

“Last year there were a lot of big games early in the year, so a lot of nerves, freshman class and all,” he revealed. “I think this year we’re more confident in our abilities, and we’re more prepared and know what’s going on.”

“It’s been a huge help to me playing with a bunch of the guys that are here in games during the year,” he stated. “I think it’s helped out with the physicality and the speed of the game for sure.”

Ryan Johnson (Sabres) and Brock Faber (Kings) are both on the Gophers blueline as well. If they all should make it think about the continuity the team will have as a result.

The final roster cuts are just around the corner before they head to Edmonton.