You are here
Home > Baseballology > Noah Syndergaard Has His Detractors

In my world, I thought Noah Syndergaard was the Mets best pitcher last season. He’s already been named the opening day starter and he came into camp looking great. Oh, wait. He put on 17 pounds of muscle and now “panic city” is back.

The worry is he looks too big, too muscular, he’ll lose his flexibility. Fans make these comments but then never say how he looks throwing the ball. From what I’ve seen, so far, so good. Nothing has changed in his motion, he’s just bigger and stronger. He’s 6-6 and now possibly weighs 250. Are fans worried. Did extra weight bother Bartolo Colon? This one puzzles me.

He has a strict diet that he calls “Bowl of Doom” and he think he’s super hero. For a 21-year-old, I’d say all is well. Especially the 218 strikeouts he had in 183 innings last year.

Back to this year. He’s a fun-loving, guy who the fans love. There is a sycosis that runs through the Mets fan base that insists he’s due for a major arm injury because he hasn’t had a major surgery like Jacob deGrom, Matt Harvey, and Zack Wheeler have had. Robert Gsellman had shoulder surgery on his non-throwing arm so he doesn’t count.

The Mets Phenom threw 200 innings and felt like rest was the best option for his arm. He says it’s loose and he feels good. But that doesn’t mean anything because an expert says it isn’t so. We hear about House’s victories but never his failures. Nobody seems to have an answer in preventing Tommy John Surgery. Here’s the all-time list. It’s staggering:

House is just guessing. There are no metrics to back this up. He’s just basing this on experience except all humans are different. Syndergaard is a 1-of-1. You can’t really look at any other pitcher and think that the Mets righty will follow that path. If he had a computer model to show or a video to point out a flaw I’d be on board. He didn’t do that and I’m sure the Mets aren’t worried about this article. Now I’m telling fans not to worry about it either.

You can read about the rest of the House conversation here: 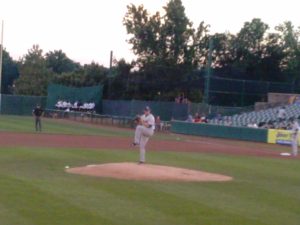