Ladies and gentlemen, Carey Price has arrived in this series. It’s fair to say that without Carey Price, the Habs wouldn’t even have gotten close to the 2021 Stanley Cup final, but since the start of said final, number 31’s performance has been underwhelming, to say the least. With the Habs back up against the wall tonight, Dominique Ducharme’s men had a very nervous start but not Carey Price. He was back to playoffs Price and stopped all 12 shots he faced during the 1st frame. For a few minutes, Tampa Bay looked like the Harlem Globetrotters in the Canadiens’ zone, but they weren’t shooting at an empty basket.  They were shooting at “Playoffs Price”. 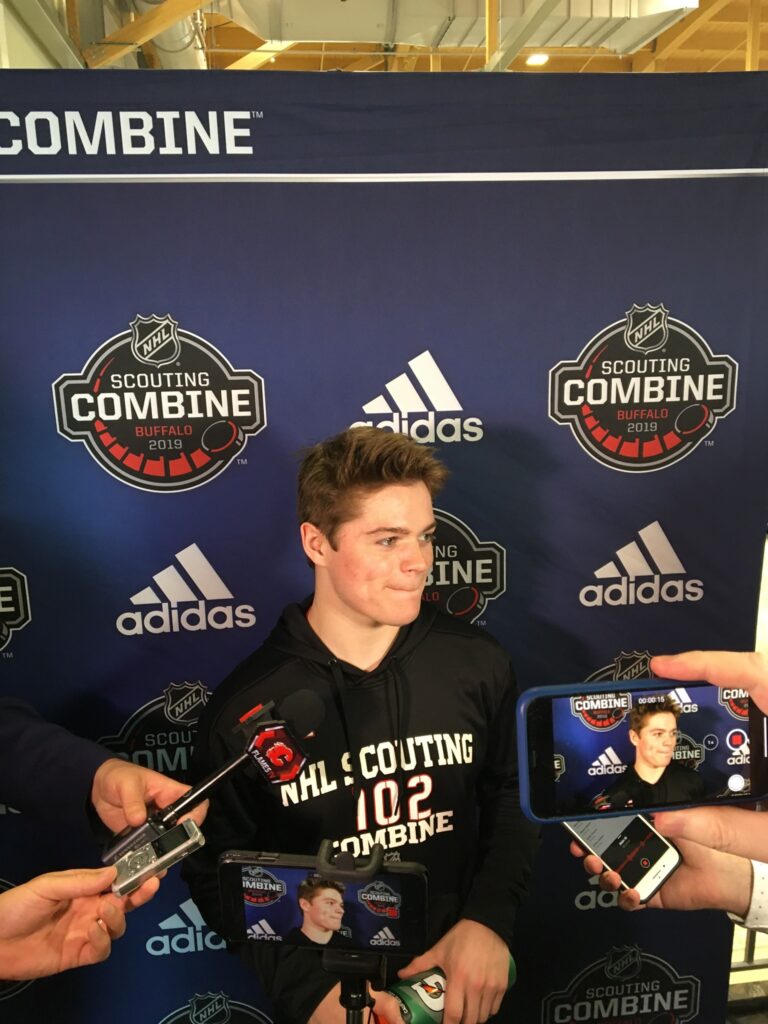 Meanwhile, the Tricolore struggled to put pucks on Vasilevskiy, but Cole Caufield and Nick Suzuki teamed up to allow Josh Anderson to open the score. Suzuki’s poise and patience were amazing on this play, and he looked wise beyond his years. Carey Price when asked about this team’s resiliency said.

“We faced adversity all year long and responded well but we’ve got a lot of work left to do”.

The second period was much more convincing by the Bleu, Blanc, Rouge and they definitely created some momentum during a penalty to Brayden Point. Better yet though, as he came out of the box, Habs’ captain Shea Weber nailed him to the boards to make the building erupt. Later on, in the second period, Weber went after Point once again much to the crowd’s delight, Point looked like the prey and Weber was the hunter with a fully loaded gun and a license to kill. However, Joel Armia proceeded to take an ill-advised tripping penalty that could have allowed the Lightning back into the game, but thanks to a post and a hard point shot by Hedman which took everyone’s favorite target down (Point) there was no damage. About a minute later though, Goodrow was left all alone in the slot and easily tied things up. Both teams went back to the locker room, knowing full well that they had everything to play for in the 3rd period.

The crowd went wild at the start of the 3rd and if fans could lead their team to victory, these certainly would have done so. But they can’t and the Lightning was the better team early on, and it was once again up to Price to weather the storm. Tempers started to flare once Montreal had gotten rid of its early period jitters, and the tension was mounting and palpable. Finally, back in the line-up, Alexander Romanov managed to put the Canadiens back in front, with an assist from Jake Evans who had also been a healthy scratch of late. On yet another 2 on 1 though, the Bolts came right back, and with 6 minutes to go, we were tied up at 2. Once again, the goal came after a costly mistake, this time from Brett Kulak. In a sick twist of fate, Shea Weber got a 4-minute double-minor penalty and the Canadiens had to finish the 3rd shorthanded with still three minutes to kill in OT. This seems particularly cruel to a team that could have had such a power play earlier in the playoffs when Perry’s nose was cut open, but no arm went up.

As the teams readied for the overtime, the Habs felt like the underdogs more than ever, but no one had lost faith in this team in the Bell Centre and the atmosphere was still electric. The Habs faithful clearly felt that this magical run couldn’t end in such a cruel fashion and sure enough, it didn’t. Maybe it was the ghosts, maybe it was just the sheer will and determination to avoid the humiliation of a sweep, but whatever it was, Montreal pulled it off when Josh Anderson scored the overtime winner, shortly after the captain was finally released from the penalty box. The hero of the night said, “We didn’t want to end it tonight in front of our fans. We packed our bags this afternoon, we gave ourselves a chance, we’ll go there take care of business and get back in front of our fans.”

Some may say the Habs had no business winning this game as Tampa outrageously dominated shots-wise, but the roles were reversed in game 2 and the outcome was just as unfair. Goalies are part of the team and the fact that they are at the very best of their art should not make their team any less deserving of winning. Everyone is now heading to Tampa Bay for Game 5 and the Habs will be hoping that organist Diane Bibaud had a premonition tonight when she played “Je reviendrai à Montréal” (I will come back to Montreal) during the warm-up…