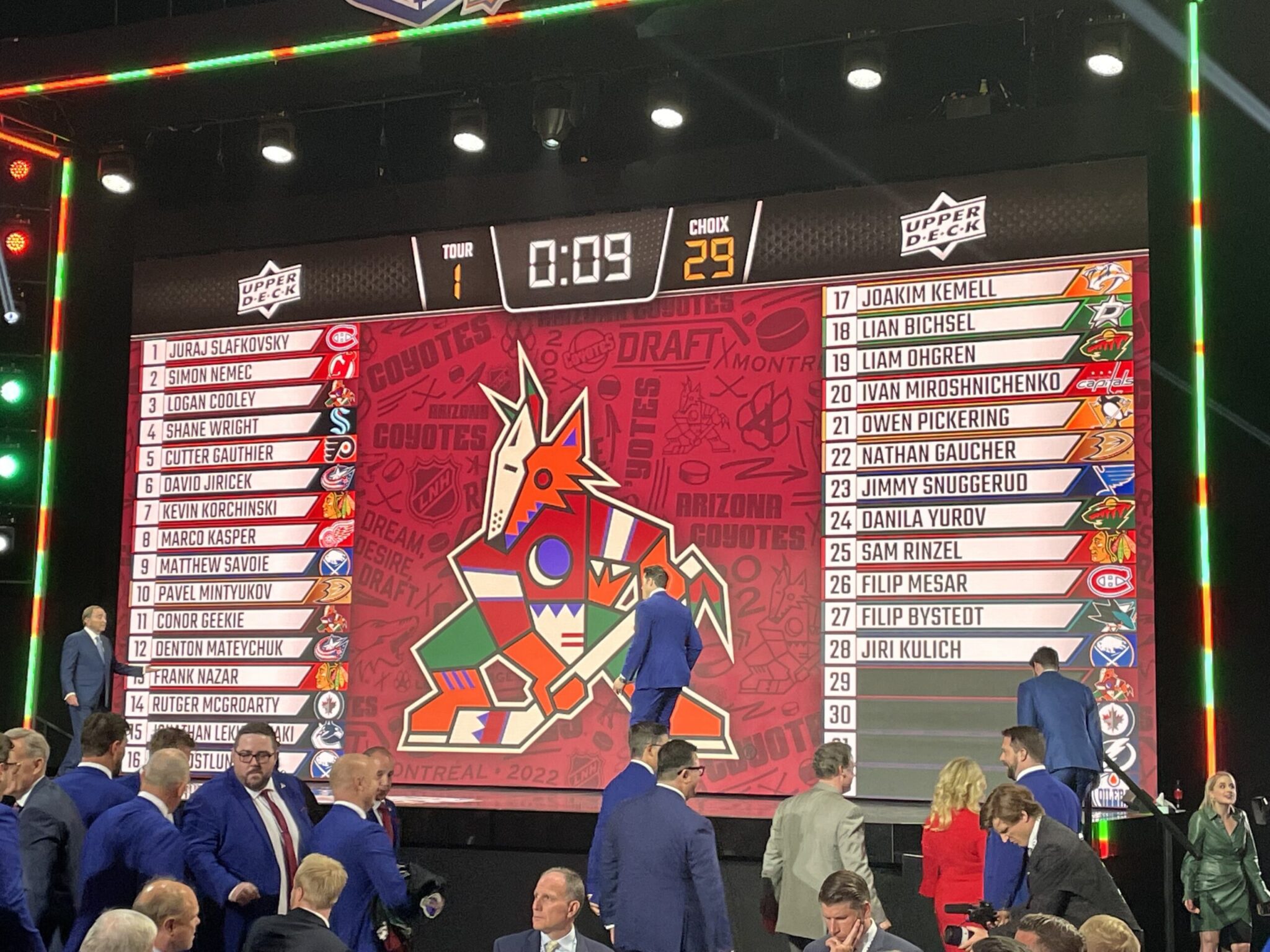 When USA Hockey tweeted the roster for the 2023 World Junior squad. I noticed two names. Sam Lipkin and Kenny Connors are both local Philadelphia guys. It’s amazing to see how hockey has grown in this area, and I remember when it started to grow.

In 2018-19, both players were teammates on the Jr. Flyers 16 U AAA team. Lipkin was the team’s leading scorer and Connors was second. After that, the two went on different routes. Eventually, they both ended up in the USHL, and both eventually starred there.

Lipkin didn’t have the best draft year season and went late in the draft. The Coyotes acquired a pick and drafted the young forward 223rd (second to the last pick in the draft) overall in 2021. That was a shrewd move. Now at Quinnipiac, Lipkin is starring at Quinnipiac after having one great year with the Chicago Steel in 2021-22 where he was the captain and had 36 goals and 71 points in 59 games.

I saw Lipkin play a few weeks ago and he looked great. He played top-line left wing and had a beautiful wrist shot goal on the power play. Lipkin trails the play well and he can take the puck in on his own. Lipkin has a fast release and that’s hard to cover. He was the best player on the ice that night and the fact that he has 19 points in 18 games, that’s hard to do. The fact that he made the USA roster for the World Juniors wasn’t a surprise.

Connors was drafted 103rd overall in 2022. He’s a 6-1 forward who has shown glimpses and with Dubuque, he had 25 goals and 56 points in 61 games. I saw him at the “Fall Classic”, and he played a solid game as a second-line left wing but that was early in the season. He’s a center. At UMass, he plays in all situations and has been an offensive threat on the PK as well as the PP. Connors is currently leading the team with 17 points as a freshman.

Connors can score in a lot of different ways. He has terrific hands and if he’s near the net he can bury it. I think he’s on the team because of his penalty-killing as well.

Both of these guys have good size and skill. Both are versatile and both are local Philly guys. They aren’t flashy names but they earned their spots. Fans in the Philadelphia area should track them.