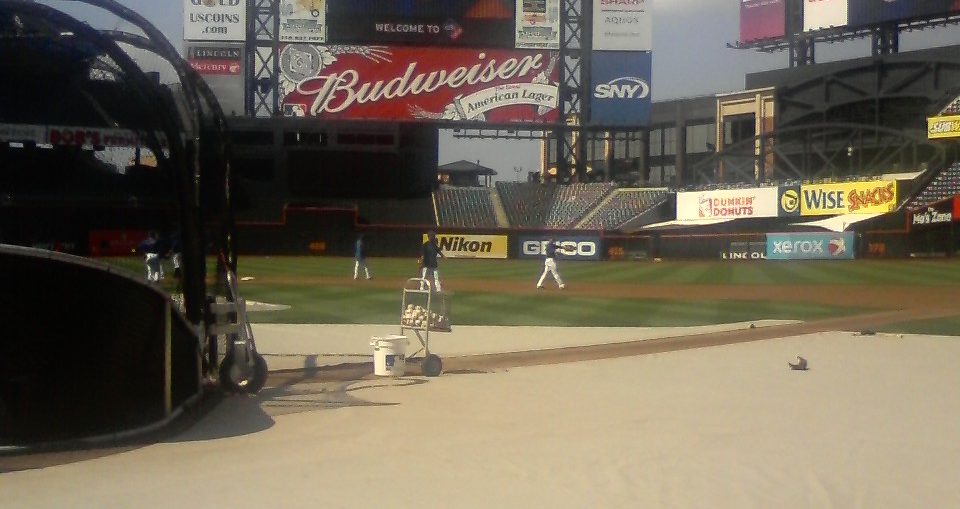 Skip Lockwood is a delight and so is this book. Sports Publishing has a winner here. Skip had a good career in baseball and he’s very open and honest in this book. It all starts with a terrific foreword by Hall of Fame pitcher, Fergie Jenkins.

Here’s how he intended to write the book.

“Come on the field and experience what’s that’s like,” Lockwood stated. 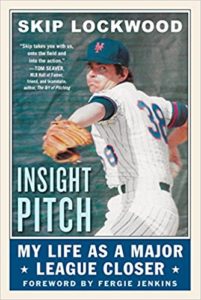 Lockwood was known for his trademark glasses and that did cause some problems for him and the opposition on the field of play.

“I didn’t see very well when I played for the Mets and other clubs too, I wore industrial strength glasses. I think my subscription was -600. When I perspired I had trouble seeing the signs and seeing the catcher. I remember Jerry Grote used to signal to me by whistling. That was all part of the act and the batter would get upset.”

Lockwood was a power-pitching closer.

“I pitched the inside part of the plate. I wanted to establish that I owned that plate too. It’s not just the batters’ plate. I tried to throw it hard. I had a good cross-seam fastball,” he said.

Lockwood was a teammate of two legendary Mets pitchers; Tom Seaver and Jerry Koosman. Those two were known to have bet on who had the most hits each season.

“I think they had bets about more than that,” he laughed. “I love Jerry Koosman, what a great competitor he was. He was a gamer. Whether he was feeling well or not. He loved to pitch. He pitched so hard. He left everything on the mound. He would leave it 100% on the field.”

Skip was there when “The Franchise” was traded.

“Tom had talked my wife and I into moving to Connecticut. We bought a house out there (not fancy Greenwich) He was my ride to the ballpark. I was waiting for him to come and get me. I was unaware there had been a trade and he didn’t come,” said Lockwood. “I had to drive myself and fight all that traffic to the ballpark. Tom had a sports car and we used to get in pretty fast. I think he knew the cops on the road. I think I got there in the first inning. He left a big hole in New York and the franchise. He was important to every player on the team. He was the soul of the team.”

Skip was managed by Hall of Famer, Yogi Berra, for a short time.

Yogi didn’t know my name. When I got to the team I hadn’t met anybody on the Mets. Yogi got to the mound and gave me the ball to go into the game. He asked what my name was, and I said, ‘Skip’. He said, ‘ok Chip’ and proceeded to call me that for the first part of the doubleheader. He got fired after that series was over. I only got 1 or 2 games with him. What a privilege that was to be on the same field with him.”

This book is a gem and all baseball fans especially Mets fans will love it!