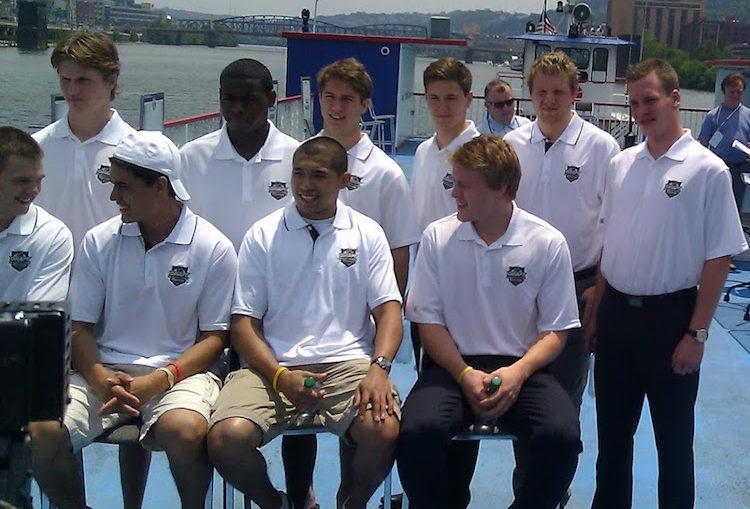 At this moment in time, Brock Boeser would be my pick for the Calder. I mentioned that on air today. https://soundcloud.com/russ-cohen/russ-cohen-on-stellick-and-simmer-talking-wjc-selections-calder-candidates-and-more However, a player who I’ve had to defend, for years, is rapidly getting in the race, his name is Malcom Subban. You remember, that first round goaltender from the 2012 NHL Entry Draft.

This young goalie is coming off a nice shootout victory against the Anaheim Ducks. He didn’t allow a goal to Corey Perry, Ondrej Kase or Rickard Rakell. His 6-2 record and .923 save percentage (13rth in the NHL) are solid numbers. I remember how bad his first NHL game was. A lot of Bruins fans were very unforgiving. The Bruins eventually waived him and now at the age of 23 he not only looks like an NHL goaltender but he’s leading an expansion team.

Nobody is going to say it’s the Vegas Golden Knights defense that makes him look so good? Are they? I hope not. He’s earned this. According to ESPN.com he’s projected to be 43-14 with a .923 save percentage this season. We all know this won’t happen, but if it did he’d win the Vezina and the Calder.

When will this Subban become the story? I think it could be coming since Marc-Andre Fleury is out and he’s won his last two starts. Is he living in the shadow of his older brother, PK? Sure, that’s always going to be the case but right now he’s making a name for himself, on his own, on an expansion team.