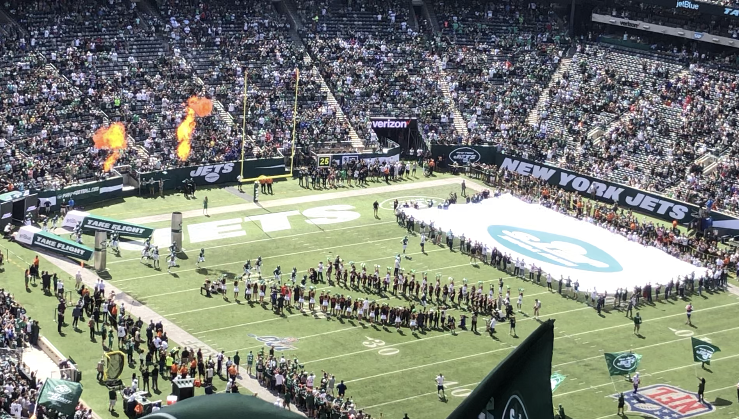 The 2022 New York Jets draft has a chance to be terrific. I didn’t love the pick of Ahmad “Sauce” Gardner on the surface. I wanted Kyle Hamilton. I didn’t care that Hamilton didn’t perfect his running of the 40 to satisfy the teams that stress good combine results. I looked at the fact that Hamilton can be used in a lot of different ways on defense. Gardner is a great athlete. He fills a need as well and hopefully, he won’t give up a touchdown in his first game since he never gave one up in college. Was Cincinnati the strongest competition? No, but I’m hopeful for the pick but not over the moon.

I was giddy when the Jets took Ohio State receiver, Garrett Wilson. He’s everything that Denzel Mims was supposed to be and sadly hasn’t been. His speed is good enough, but he can catch contested balls. He has hands and doesn’t seem to have any fear of going to tight places. His football I.Q. is very high. I mentioned all of this on Jets rehab when I dug a bit more into the draft.

After liking the path, the Jets were taking, they traded up to get edge rusher, Jermaine Johnson. The Jets have needed a stud at this position for a while and it’s been a failing of the Joe Douglas-led Jets. At 6-5, 262 pounds and the moves and power to get the QB and run-down players. He fights through blockers. I love that. I’m excited.

Trading up to get Breece Hall was amazing. I talked about him on the show and said I doubt the Jets would be interested. I was wrong. They were. They desperately need a power runner like Hall. He’s a bowling ball out there and hard to take down. Now the Jets have a 1-2 punch back there with Michael Carter. The Jets best running back tandem was Freeman McNeil and Johnny Hector. This could be close if everything breaks right.

The Jets drafted tight end, Jeremy Ruckert, in the third round. They signed two tight ends in the offseason. This confused everybody. I get he’s from Lindenhurst, and the Jets have a lot of Long Island fans. I’m one of them from the days they used to practice at Hofstra University. He’s been tagged a project. I wonder if someone on the Jets staff is friends with Ruckert’s family. It makes me wonder.

All in all, the Jets are on their way to being a better team this year. They might be able to get 7-8 wins. That’s what I see so far. Let’s see how Zach Wilson does this year with a lot more weapons and presumably a better offensive line.