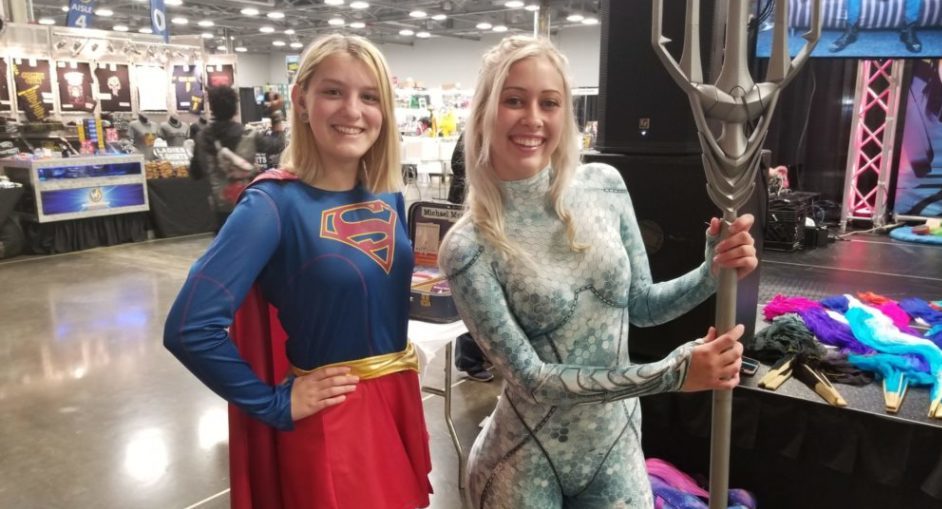 Wizard World has always done a good job of bringing a small slice of the San Diego and New York Comic Con experience to smaller markets like Columbus, Ohio. From celebrity guest appearances, an artist alley, multiple panels, and a cosplay contest, patrons had more than enough choices in terms of programming and entertainment. Not to mention the nearly 70 vendors selling everything from photo opportunities with the DeLorean time machine from Back to the Future to comic books, action figures, Funko POPS by the gazillions, original art and much more.
Nearly 50 artists set up shop on the convention floor. Featured artists included Arvell Jones (Ironman Luke Cage, Avengers, Daredevil, Captain America) and Joe Corroney (Star Wars, X-Men, Spider-Man, Indiana Jones, The Walking Dead). 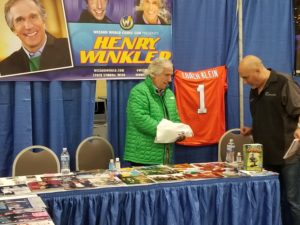 Over 20 celebrity guests were on the schedule. Even on Friday evening, there were long lines for Tom Walling (Smallville, Lucifer) and Henry Winkler, A.K.A. The Fonz, 👍Ayyyy!👍. Another notable actor included Teddy Spears who played DC Comics supervillain Hunter Zolomon A.K.A. Zoom on CW’s The Flash. Most recently he’s had a recurring role in NBC’s Chicago Fire. Other actors from the Arrow-verse scheduled to appear David Ramsey (John Diggle A.K.A. Spartan) and Joseph David-Jones (Connor Hawke). 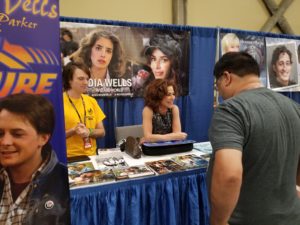 No comic-con would be complete without some presence from the world of professional wrestling. Wizard World Columbus didn’t disappoint. Big names like Kevin Nash and the recent WWE Hall of Fame inductee Honky Tonk Man were sure to be a big hit. In addition to those two power-house names, D-Von Dudley and the recently retired Lisa Marie Varon were on hand. Fans will remember Varon as Victoria from her days with WWE and Tara with TNA/Impact. 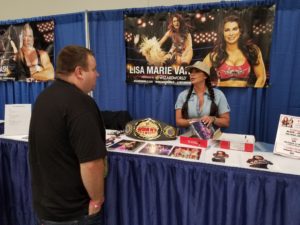 Last month Varon competed in her last match headlining the main event at Masters Of The Ring. She defeated Melina to become the inaugural MORE Women’s Champion. The two-time WWE Divas champion and five-time TNA Knockout’s champion went out on top, as a champion. In speaking with Varon, she assured us that while she was retired from the ring, she wasn’t retiring from cons. So don’t worry fans.

Through the years, the panel programs and entertainment at Wizard World’s smaller markets have improved to deliver a comprehensive con experience. Friday was highlighted by such subjects as Evil Animated, College and Cosplay and the podcasts Geek’s Podcast Live and The Long Strange Trip. Evil Animated was chaired by cartoon historian Joe Wos who promised to detail “the top ten meanest animated movie villains to ever terrorize the silver scream.” 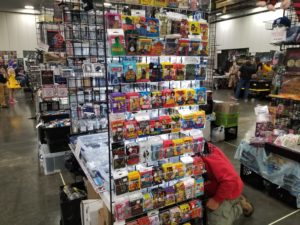 All aspects of nerdom were represented, allowing all-comers to geek out in their niche. Whether you are into trading card games like Magic and Pokemon, video games, comics, art, trading cards, celebrity memorabilia, and autographs or cosplay, there was something for everyone.

A special thanks to Jerry Milani and the team at Wizard World for a well-produced event.