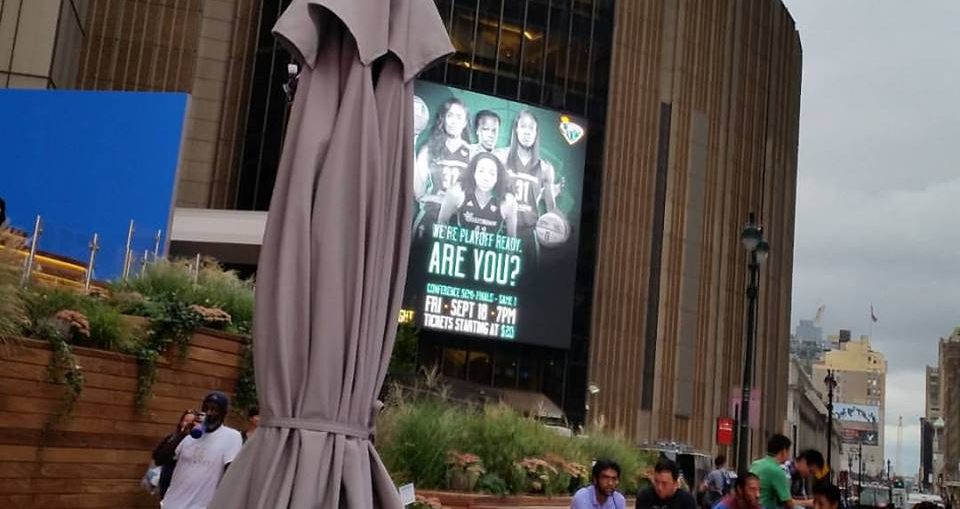 A delayed regular-season start with a shortened league schedule means we were full speed ahead in preparation for 2021-22, almost immediately following the 2021 NBA Finals.

Fortunately, the 14 teams absent from the playoffs had lots of time to plan for the Draft and Free Agency, but many of the 16 playoff teams were solely focused on the championship in one of the most competitive postseason tournaments in recent history. For perspective, the close-out Game 6 of the NBA Finals between the Milwaukee Bucks and Phoenix Suns took place on July 20th, and the NBA Draft took place just nine days later on July 29th.

As if the NBA Draft wouldn’t affect Free Agency enough, this summer’s Tokyo Olympics threw front offices for a spin with breakout performances (such as Evan Fournier), injury worries (like Kevin Durant after a grueling playoffs), and stars making headlines (including Damian Lillard enjoying time with All-Star teammates).

An uncharacteristically quiet college basketball season (due to very limited fan attendance) and a smaller pool of available talents (due to many signing extensions) was going to make this offseason an even greater challenge for front offices. It would take more character-centric scouting, more assets being on the table, and more money being dished out to really make improvements.

Despite it all, we saw top prospects land in good places, exciting trades shaking up the league and signings that left us feeling a whole mix of emotions. Nothing came to light that would really move the needle, as the Nets and Bucks are still title favorites, however, the offseason was a breath of fresh air for teams desperately needing to make a change and looking to improve their championship odds.

Evaluating the moves of all 30 teams, here are the 5 biggest winners from this summer’s offseason:

A very different season unfolded in South Beach this year following the Heat’s sensational run to the 2020 NBA Finals. The Orlando Bubble was the perfect environment for Jimmy Butler, Bam Adebayo, and their team’s gym-rat culture, but a return to regular travel and eventually fans resulted in a league-wide mental reset. COVID-19 cases depleted the team’s roster, offensive weapons experienced major regression, and the Heat got swept in the First Round by the vengeful Milwaukee Bucks.

President Pat Riley has created the notion that Miami will always compete and take drastic measures when they’re in title contention. The front office landed the biggest mover in the offseason in Kyle Lowry (17.2 PPG, 7.3 APG, 40% 3PT), the perfect point guard for their system, culture, and timeline. They also managed to swipe menacing defender P.J. Tucker (6 steals in the NBA Finals) away from the champion Bucks, take the stout shooter Markieff Morris (39% 3PT in 2019-20) away from the Lakers, and retain All-Star talent Victor Oladipo (19.8 / 4.6 / 4.8) for his recovery process shocking on a minimum deal.

Their additions were tremendous not only because of their fit but because they’re taking the spots of ineffective and aging players. What was already a stellar offseason was made even better when the front office re-signed sharpshooter Duncan Robinson (41% 3PT on 8.5 3PA) to a long but affordable 5-year deal, and extended their superstar and leader Jimmy Butler (21.5 / 7.1 / 6.9) through the 2026 season.

Miami just one season removed from the Finals has drastically improved their bottom line, making them a major threat to come out of the East and earning them the ranking as the best offseason.

After seven consecutive years in the Eastern Conference’s basement, the Knicks emerged as a highly successful unit. New coach Tom Thibodeau implemented his new gameplan of prioritizing defense and sharing the ball, midseason addition Derrick Rose (14.9 PPG, 41% 3PT in 35 games with NY) boosted the offense and closing lineup, and big acquisition Julius Randle (24.1 / 6.0 / 10.2) led the charge on both ends in a miraculous individual turnaround. The budding young talents and the scrappy veterans soared to the 4th seed as one of the league’s best stories, bringing playoff basketball to Madison Square Garden for the first time in eight years.

The underdog Hawks led by Trae Young crashed the party in the First Round, exposing the Knicks’ inexperience and offensive limitations before sending them home in just five games. With the most cap space in the entire league ($52M, more than twice as much as the Grizzlies who ranked 5th) and years of instability, management thought it was best to first re-sign their winning core, bringing back Sixth Man Candidate Rose, bench scorer and playoff hero Alec Burks (14.0 PPG in 5 playoff games), fierce rim protector Nerlens Noel (2.2 BPG in just 24.2 minutes), and veteran finisher Taj Gibson (63% FG). Later on, their biggest chunk of cap space was spent on free agent Evan Fournier (17.1 PPG, 41% 3PT), a mobile perimeter threat and off-the-dribble scorer the team desperately needed in their bout versus Atlanta.

Then, the ball dropped as the front office agreed to an affordable two-year deal with hometown hero Kemba Walker (19.3 / 4.9 / 4.0), a 4x All-Star offensive dynamo point guard coming off his big buyout with Oklahoma City. Retaining their key players, adding major problem solvers, and drafting three enticing prospects (including first-round shooter Quentin Grimes out of Houston) made this offseason a success, all before locking up their All-NBA leader Julius Randle on a pretty nice four-year deal that didn’t jeopardize their future financing.

New York made major advancements on-the-court and even bigger improvements off-the-court, positioning them for another successful campaign and an easy choice for a team on this list.

A long layoff, a head coaching change, and the entrance of a second star still weren’t enough to lift the Bulls over the hump. First-time All-Star Zach Lavine (27.4 PPG, 51% FG, 42% 3PT) was a one-man wrecking crew terrorizing defenses for Billy Donovan’s unit, keeping the team around the .500-mark as they headed into the second half. The front office made a big splash at the Trade Deadline acquiring 2x All-Star center Nikola Vucevic (21.5 PPG, 11.5 RPG in 26 games with CHI) from Orlando, but poor efficiency on the offensive end (30th in free-throw attempts, 27th in turnovers) dragged the young team down to an 11th place finish, their 4th consecutive bottom-5 campaign.

With 2 All-Stars, a pair of promising lottery picks, a player-first coach, and a big market behind them, Chicago kept their foot on the gas and looked to make some more splashes in Free Agency. Their first move was signing the unsatisfied Lonzo Ball (14.6 PPG, 5.7 APG, 38% 3PT), a recent second overall pick traded from Los Angeles to New Orleans, to be their improved facilitator and alley-oop artist, creating a sweet shooting backcourt alongside LaVine. They next threw a big contract at fan-favorite Alex Caruso (1.1 SPG in just 21.0 minutes), a recent champion with the Lakers who flurries off the bench athleticism and hustle.

They lastly stacked the deck even further by signing 2x All-NBA forward DeMar DeRozan (21.6 / 6.9 / 4.2) to a hefty 3-year deal, adding another terrific playmaker who scores often attacking the basket, perfectly filling their need for charity shots. Now the team stuck in the Eastern Conference’s basement is firing back for a full season with 3 All-Star caliber players and a greener crop of young talent, only losing some overpriced veterans and some failed lottery picks in the process.

Chicago has been at the center of some of the biggest acquisitions in the past six months, shaping them up to come back strong in 2021-22 and deservedly earning them a spot in my top-3.

In July 2017, the Wizards extended 4x All-Star John Wall to a 4-year, $170M max deal; what followed were devastating knee and Achilles injuries forcing him to miss nearly 70% of his team’s games over the next 3 years, leading him to be traded last offseason in a poison contract swap for Houston’s Russell Westbrook. The 9x All-NBA point guard started slow for the young Wizards team, who relied all-too-much on scoring outbursts from their other All-Star Bradley Beal (32.9 PPG before the All-Star break). After plummeting to a 17-32 mark, Westbrook (23.6 / 13.1 / 12.8 after the All-Star break) went on a ridiculous tear breaking the all-time record for triple-doubles and carrying the team to the 8-seed after an 18-7 finish.

Russ had skyrocketed his value paving the way for a trade to a contender, and with Bradley Beal committing to the franchise for his prime, Washington knew they had to retain the favor. On Draft Day, they sent their second-half savior to the Lakers for a haul of scoring wing Kyle Kuzma (career 15.2 PPG), 2019-20 Sixth Man of the Year Montrezl Harrell (18.6 PPG, 7.1 RPG in 2019-20), starting shooting guard for the 2019-20 champion Lakers Kentavious Caldwell-Pope (9.7 PPG, 41% 3PT), and a first-round pick. The trade got the huge Westbrook contract off their books, added much-needed depth to their young roster, and netted them a rookie big in Isaiah Jackson to pair with their other first-round pick sharpshooting Corey Kispert.

With more cap space and the point guard position open, Washington was able to come to terms with Spencer Dinwiddie (20.6 PPG, 6.8 APG in 2019-20), a score-first guard who’s a better fit alongside Beal. A few days later, a five-team trade was made official that flipped Westbrook for all of their additions (including Dinwiddie through a sign-and-trade) and also added a suitable backup point in Aaron Holiday (7.2 PPG) from Indiana.

Washington lost their All-NBA co-star but leveraged him to acquire a younger star point guard and lots of depth that fits well around Bradley Beal, keeping them in line to return to the playoffs in the East and satisfy their only remaining All-NBA talent for the future.

With a healthy and rested Hall-of-Fame backcourt and the luxury of adding a top prospect in the Draft, the Warriors were set to contend in 2020-21. Plans were quickly derailed when three-time NBA champion Klay Thompson tore his Achilles in practice on the day of the NBA Draft, putting the front office in a frenzy to rebuild a playoff team with so little time to prepare. After an underwhelming first half and then trending downward to 24-28, Stephen Curry (34.9 PPG, 43% 3PT after the All-Star break) came alive setting the league on fire en route to a 15-5 season finish, but the Warriors collapsed in the play-in tournament and missed their opportunity to play in the First Round (despite a better record than the East’s 7th-seed Celtics).

Klay Thompson (career 19.5 PPG, 42% 3PT) says he’s had a full recovery and Draymond Green (1.7 SPG) feels better than ever returning to All-Defensive status, and with two lottery picks at their disposal along with 2020 second overall pick James Wiseman (11.5 PPG in just 21.4 minutes), Golden State faced some interesting scenarios. Instead of packaging their four best assets in a deal for an All-NBA talent, management decided to stay put and bulk up even more for 2021-22. They drafted the skilled and athletic Jonathan Kuminga fresh off a season with the G-League with the seventh pick, and the big scoring guard Moses Moody after his All-SEC freshman season with Arkansas.

Golden State finished much lower than they anticipated in both of their previous seasons, but they enter 2021-22 as a true threat to come out of the West thanks to their awesome pool of young talents and their highly skilled veteran foursome.

There are a few more difference-makers left unsigned, however, these five teams have already made the best pick-ups, and they’re definitely the teams to look out for as we head into the regular season…

Alec Marcus
I'm the author of 10 books. They are all listed here: https://www.amazon.com/Russ-Cohen/e/B0034P5DNC%3Fref=dbs_a_mng_rwt_scns_share If you're looking for autographed copies just go to my twitter @Sportsology and DM me.