You are here
Home > Hockeyology > 2017 NHL Draft Shows and Interviews

Here is the most recent Off The Post, where Russ, Anthony and Mike talk about some of the more interesting prospects in the 2017 NHL Draft:

Here is an interview Russ had on Stellick and Simmer: 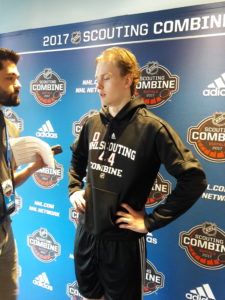