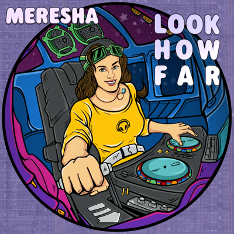 Russ: 1) How much do you miss performing live?

This year is tough because it was going to be a year of lots of live performances.  Being in front of an audience is probably the best thing about being a musician.  I’ve used the time, though, to work on new music including getting my “Look How Far” album out.

Hear the full “Look How Far” album on Spotify – https://pxle.me/ddxMYe4E or any other music service using links on Meresha.com

I’ve also shot live shows with Live Nation and others on Instagram, Facebook, and Twitch as a way to connect with fans.

I still have vinyl, cassettes, and CDs though most of them I saved before they were about to be donated by someone I know.  My collection includes Parliament Funkadelic, Queen, Led Zeppelin, the Clash, the Doors, The Beatles some later-day Michael Jackson and Jimi Hendrix.  So some of the real classics.

I’ve played a show in Boca Raton with Adam Lambert, who now fronts Queen, though we did not perform together, unfortunately.  I’ve also performed a bunch of Led Zeppelin songs live, even if my own music tends to be more electronic-based.

3) On your CD, “New Revolution” you also have a digital download on it. I still have a CD player; did you sense I’m not the only one?

People still like to buy CDs and albums even if not all of them have a player handy.  There’s something about having something tangible from an artist.  Getting a signed copy is even more special. 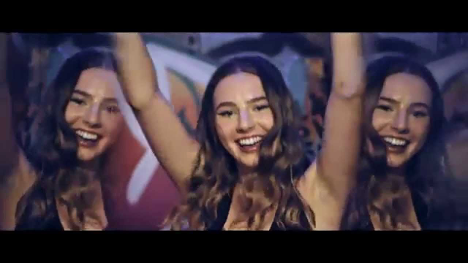 Get a signed copy of Meresha’s New Revolution album HERE

4)  What’s your favorite instrument to play and who are your musical influences?

I perform pretty much all the music on my songs, though I typically start composing on my Prophet keyboard.  Through the years, I’ve learned how to play guitar and drums, though when I play live my band covers most of the instrumentation so I can connect more with the audience.

I’ve had a lot of influences including some of the artists I mentioned before.  I quite like UK electronic artists too like James Blake or Aphex Twin.  Seeing Fergie of the Black Eyed Peas and Hayley Williams of Paramore perform live also gave me a lot of motivation to do the same.  Some of the newer artists I am into include Jacob Collier and Rosalía.

5) I saw you create Alien Pop. Have you gotten any Alien feedback yet?

You know, Alien Pop is like pop, but it’s also somehow from out of this world.  It feels like a lot of my fans are like that too.  They’re sort of normal, at least sometimes, but also a bit quirky in some areas.  Now, whether or not they are visiting from other planets is not something I am at liberty to discuss.

6)  How else can fans connect with you?

I’ve got a cool contest going on now where fans can win $250, a signed CD, and a Merch pack.  It’s open for anyone in the US, Canada, UK, France, and Germany. It’s easy to enter and there are many ways to increase your chances: 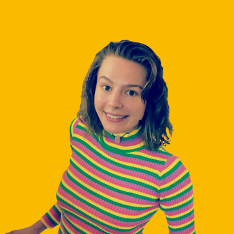