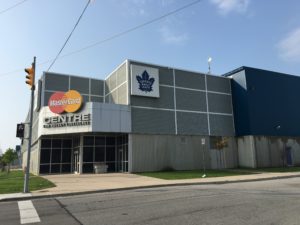 Canada’s past is full of heroes. Sure, we have our superstars. Bobby Orr and Gordie Howe and Wayne Gretzky. Sidney Crosby and Connor McDavid. Celine Dion and Bryan Adams and Michael Buble. Drake.

But we are a nation more known by its unsung heroes. We are thinking of those heroes this week as we pay our respects to those who sacrificed their lives for ours, especially on the 100th anniversary of Armistice Day.

While hero is a word that I don’t think belongs when you discuss sports or professional athletes, every now and then the word might apply. For Willie O’Ree, who finally gets his long-overdue induction into the Hockey Hall of Fame this week, hero is an understatement. 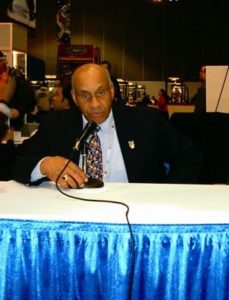 On January 18, 1958, Willie became the first black player in the NHL, breaking that league’s color barrier. He is often referred to as the ‘Jackie Robinson of hockey.’ But while Robinson was one of the best players the game had ever seen, O’Ree’s career was more fitting for a Canadian hero. Two games played in his first NHL season, and 43 games and four goals in his second and final season. After that, it was two years with the Hull-Ottawa Canadiens before an 18-year career as a minor league pro, mostly in the Western Hockey League. While O’Ree was not as talented as Robinson, he certainly took the same amount of racial abuse, especially in the minor league’s small cities in the U.S.

Twenty years ago, I got the chance to talk to O’Ree and meet him. For a couple of years, I like to think we were friends. I doubt that he remembers me now, but I remember every time I talked to or met him, including the first time I called him and he answered the phone.

At Pinnacle, we spent thousands on a trademark for the word Epix. I remember the thinktank in the meeting room when we came up with that one. Epix Game, Epix Season, Epix Moment. We left that room thinking we were the ultimate wordsmiths who had broken barriers in the English language.

“Hello, this is Willie O’Ree.”

And, just like that, I was talking to a legend.

I staggered and stumbled through introducing myself to Willie O’Ree. I told him that I was the NHL brand manager at Pinnacle, a sports card company based in Dallas.

“I’m not sure if you aware or not, sir, but there has never been a hockey card made of you,” I told him. “We would like to include you in our next set of NHL hockey cards.”

“Is that right?” he said. “I had no idea I never had a card. I would love to have an NHL hockey card.”

Butterflies filled my stomach. This was clearly an Epix Moment, and I still remember it as if it had just happened. Over the next few years, I met with him a few times, and I chatted with him a few more times. He told me some incredible stories, and he was humble, sincere and as genuine as a hero should be.

“I didn’t think of it as a big deal at the time, and I certainly didn’t see myself as the Jackie Robinson of Hockey,” said O’Ree, who grew up in Fredericton, New Brunswick. “I just remember how thrilled I was to be called up to get to play in the NHL.”

The fact that O’Ree made it to the NHL is one of the all-time against-all-odds stories in Canadian history. In a junior hockey game in Guelph, O’Ree was hit in the face with a puck and was blinded in one eye.

“I kept that a secret throughout my career,” he said. “I was a left shot and a left winger, and I lost sight in my right eye. It put me at a big disadvantage, but I just had to work through it.”

O’Ree was also quick to point out that he was not the best black hockey player of his era.

“There was a guy named Herb Carnegie,” he said as we sat down at a little table at an NHL event. “He was already a legend by the time I came around. He played for the Quebec Aces with Jean Beliveau in the Quebec Senior League, and a lot of guys who played against him said that he was just as good as Beliveau. Unfortunately, he never got the chance to play in the NHL.”

O’Ree downplayed some of the racial taunts and slurs that he faced.

“I just let it all go in one ear and out the other,” he said. “There were some incidents. But in all honesty, it was a lot worse playing in the minors in some of the smaller cities. I never let it get to me.”

He paused for a moment and asked me where I was from.

“A little town on the border in Eastern Ontario,” I said. “Prescott.”

“Prescott,” he said with a smile. “That’s where Leo Boivin is from. Do you know him?”

“You know, I will tell you about Leo,” he said. “We were playing Montreal. It was New Year’s Day. Leo had the puck and I was breaking down the left wing. He fed me this perfect, rink-wide pass, that ended up right on my stick. It was a great pass. I went in on Charlie Hodge, and I put the puck under his glove hand. It was my first NHL goal.”

Willie O’Ree smiled, remembering the moment. He didn’t mention that it was the first NHL goal ever scored by a black player. He also left out the part about the standing ovation that lasted several minutes.

It was his Epix Moment.

“Leo played for the Inkerman Rockets when they were really good,” he said. “I wonder if he ever played against Herb Carnegie?”

After that year, Willie was traded to Montreal. He knew that would be the end of his NHL career. The Canadiens had a dynasty, and there would be no room for him on their roster. What ensued was a life of being a star in the minors. When we met, he had just been named the NHL’s Diversity Ambassador. He has spent the last two decades introducing hockey to inner-city children.

“It’s wonderful to come back and share the game with kids who might never have had the opportunity to experience hockey,” he said.

That night, I thought about Willie O’Ree’s place in history. I was thrilled and honored to be involved in the making of his first hockey card.

“It will be like a piece of history,” one of my co-workers said after those first Willie O’Ree cards went to production.

It’s not, something that people can look at and learn about history.”

Jeff Morris is the former NHL brand manager at Pinnacle Brands Inc., and former VP Marketing at Pacific Trading Cards, Inc. He is the publisher and editor at Morris Newspaper Group in Ottawa.