I’m a child of the 60s, and I remember listening to a lot of standards in the back of our station wagon. Those were simpler times for me and notable actress, Jen Lilley, has a new album coming out on September 4th entitled Hindsight. 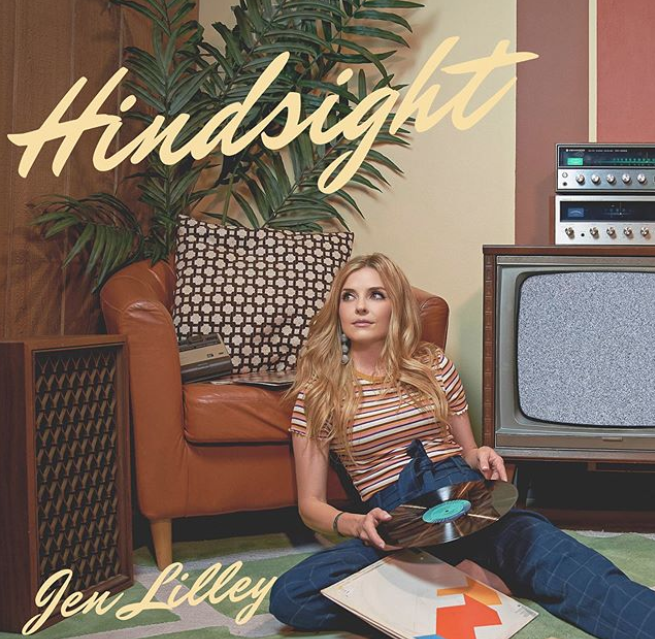 Lilley got to work with world-renown writer and performer, Diane Warren, who wrote songs for so many including Aerosmith. “It was incredible working with her, “Lilley added. “She is friends with my music producer. So, I didn’t meet Diane, but she had written the song ‘Leave While I’m Not Looking’. Getting feedback from her and she was just so overwhelmingly pleased with the way the song sounded and said, ‘this is amazing. It sounds great’. I got to meet her at a red-carpet premiere a year and a half later. I sat on this album because it’s a classic album.”

The background singers on this album are tremendous.

“My producer picked them out. They are the same background artists who work with Christine Aguilera, and they work for a lot of people,” she stated. “We definitely got the A-Team.”

This album tells a story. If you grab a beer, or a glass of wine, to unwind, you will listen to this all the way through, Trust me.

“I am so pleased that you realized that,” Lilley said. “Oh my gosh, I just appreciate that so much for a person that loves music. We wanted it to have that classic album feel. That 60s-70s feel or even 90s where people used to get a whole album and just digest it, over and over again. People don’t do that now.”

This album has no trickery or autotune, it’s very authentic and that meant a lot to me as the listener.

“Everything on this is a real instrument!”

When I was interviewing Jen, I mentioned that a lot of people can carry a tune or sing to sound good but becoming a singer is hard and she said her producer said similar things to her as well.

“That was all my producer Adrian Gurvitz. He told me when he met me that he had to strip away the performer out of you,” Lilley revealed. “I have to strip the Broadway out of you. That’s the exact difference with someone who can sing. A lot of people can sing. Very few are good storytellers. He said Bob Dylan, not the best singer but arguably the best storyteller. That’s why he was so popular. You have to affect the audience emotionally by putting your heart and your soul into it. All into the story of what you’re singing. No one will care.”

I previewed her album here:

Here are a few of her videos:

For more information go to get yourself a copy: www.Jenlilleymusic.com