You are here
Home > Hockeyology > Jordan Zucker Has Many Talents

Jordan Zucker is an actress, an author, cooking show personality, she pairs foods with music while she cooks, and so much more. She loves sports and is passionate about her “Girls Guide to Sports” movement and website.

“I wanted to complete the recipe trifecta of entertaining and music is such a big part of my life as are food and wine,” Zucker stated. “I just thought that was a novel concept and I wanted to pioneer that in the kitchen. I did an entire album so that you can listen to it while you’re cooking.”

She was once on a show with a world-renown chef, Bobby Flay and she treasured those moments.

“He was super gracious. I was not trying to make either one of us look bad (like on beat Bobby Flay) so even if he overcooked the meat or I over-garlic’d my sauce, you’d be like ‘my god that’s delicious’,” she laughed.

“For fantasy football, I guess that might have been a gateway,” she revealed. “I’m just like the ringleader for the modern female work fan. I am trying to pave the way and educate and empower, entertain and engage women as sports fans, give them a voice and permission to participate in a male-dominated field.”

At first, Zucker thought she wasn’t an athlete but as I continued to ask questions it turns out she was adept at equestrian. Having dabbled in that, I was impressed.

“I was pretty good,” said Zucker.

She hosts watch parties. I can imagine they’re fantastic, so I wondered which is the best one to attend? She quickly answered, “I would have to say the Super Bowl. It draws the biggest crowd.”

“I think that having a community of Kings fans to take me to games is great. They built up that whole area. I don’t even know if I would tailgate. That’s not part of the King’s experience for me,” Zucker said. “I put on a couple of extra layers. Go root for the Kings and then take off the Kings’ shirt and go to the arts district or someplace downtown.”

At games she gets vocal, but one thing sets her off.

“I hoot and holler, but I don’t whistle. I like the drum. I can handle the drum,” she added.

She has a book entitled “One Dish – Four Seasons: Food, Wine, and Sound – All Year Round”. I’ve experienced the fun in book signings but there’s one common thread that all authors can relate to.

“Anybody who throws an event knows it’s a day of fielding texts and phone calls from everybody with super legitimate excuses on how far they are and whey they couldn’t make it that night,” she lamented.

She thanks her fans that do show up. She’s a lot of fun to interview so I can honestly say you should attend one of her book signings or watch parties. 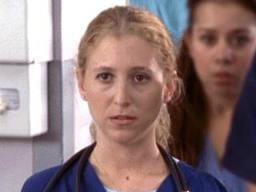