When these guys get together hockey fans rejoice. We all like a comeback. We watch sequels for reasons just like these. When the “Legion of Doom” line gets together, people watch, plain and simple.

“What a thrill to be back. Good evening. It’s nice to be back in the rink that we had such a good time playing in, and playing for you,” Lindros stated when he returned for his induction into the Flyers Hall of Fame in November of 2014.

Lindros now doesn’t mind being cast back in the spotlight. He works tirelessly to raise awareness on concussion prevention. His time in Philly is what got him into the Hockey Hall of Fame.

John LeClair was an American great. He got better with Lindros and is never afraid to talk about that.

“Lastly, throughout my career here at the Flyers, I was always asked the same question over and over again – is Eric the reason for your success?  And my answer is, and always will be, yes, of course.  Big E raised my game to another level, and the fact of the matter is, he raised everybody he ever played with. He made their game better too.

“The seven years we were able to play together was an unbelievable ride, and I’ve been fortunate enough to play with one of the best NHL players to ever lace them up. Thanks E. We loved winning together, and hated losing even more. I gave Philly my best hockey; I hope you feel the same way too. I had a blast.”

Recently the old line got back together to play in the 2016 Legends Classic.

We sent Amy Irvin to the game to shoot some pictures and give us a feel for the event: 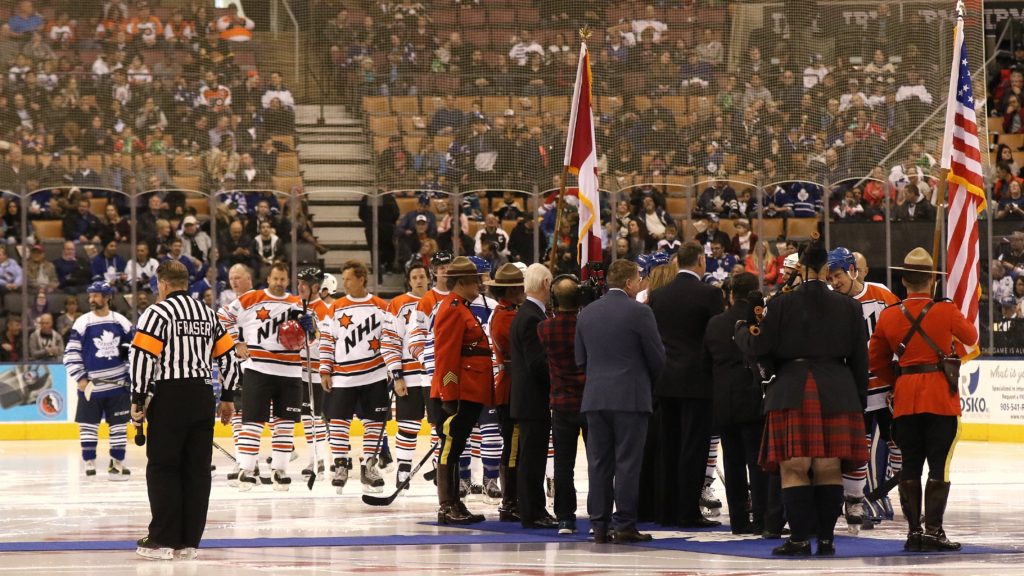 The legends Game is just one event throughout the Hockey Hall of Fame induction weekend. A fan favorite, bringing together both Toronto Maple Leafs and NHL legends for a few more shifts.

The game kicked off with the introductions of each team and the presentation of the official HHOF jacket to the 2016 inductees: Rogie Vachon, Sergei Makarov, Pat Quinn, accepted by Kallie Quinn, and Eric Lindros. Following that presentation, in a show of respect not surprising any hockey fan, all the legends lined up to shake hands and congratulate the four inductees.

Once the pomp and circumstance concluded, it was time for hockey. 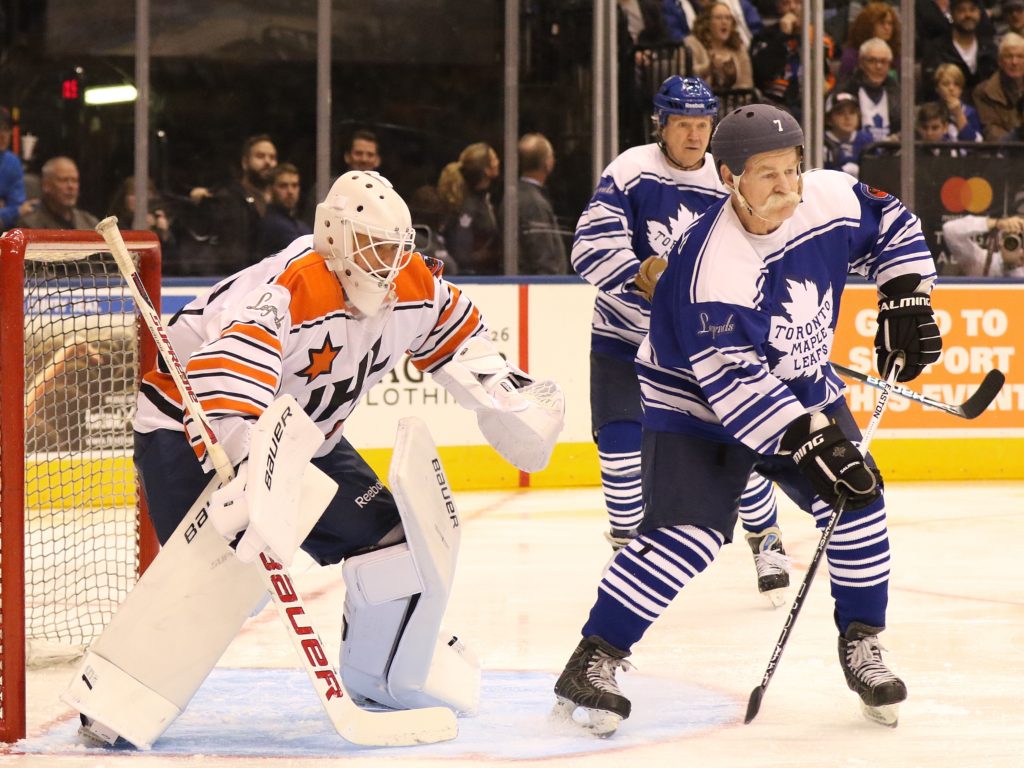 While only two periods were played, there was more than enough to keep the sell-out crowd smiling and cheering. From the penalty shots awarded to the Leafs legends to Eric Lindros’ fitting shootout win for his team, fans of both teams were treated to a special afternoon. One of the biggest cheers came a few minutes into the first period when Eric Lindros joined his team, and Legion of Doom linemates. John LeClair and Mikael Renberg, on the ice for his first shift. Shortly after, as if written in the stars, the familiar “Lindros to LeClair and he scores!” came booming over the speakers. A familiar, and welcome, refrain for the orange and black faithful in the crowd.

This game definitely had a special feel. It was a chance for fans to watch their hockey heroes skate again, introduce the children to those heroes, and, for some, to see players whom they’ve only admired via YouTube and highlight reels. Well worth the price of admission to leave with priceless memories.

What else can we say? Catch next year’s game. They’re always fun.