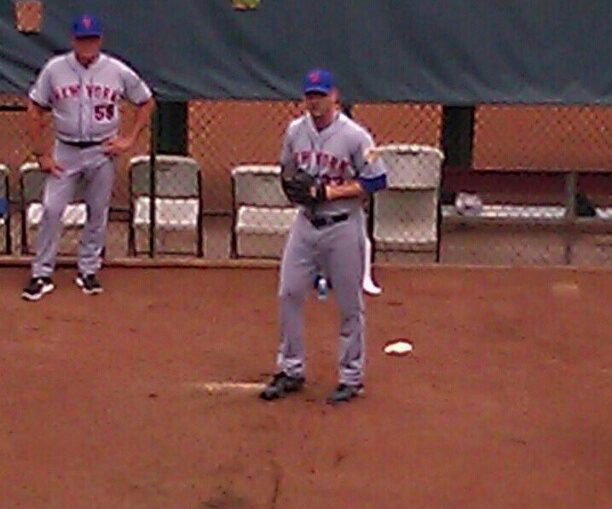 It wasn’t surprising Matt Harvey was on the disabled list with a right shoulder discomfort on Wednesday.

He hasn’t been right since the start of the season. He has been uncomfortable on the mound, and he has had doubts about himself more than a few times. It’s not the Harvey we are used to seeing.

It should be a concern he will likely have a season-ending surgery after being diagnosed with thoracic outlet syndrome during an examination by Dr. Robert Thompson in St. Louis yesterday. This is going to be second time in four years he will have another surgery.

Once a pitcher has surgery a couple of times, it should make Harvey and the Mets wonder if he is ever going to be the same dominating pitcher he was when he first entered into the major leagues. It also has to make both wonder if his career could be in jeopardy?

An athlete can only take so many surgeries.

It is not a good time to hope for the best. There comes a time where reality has to come to play.

A good example is Mark Prior. He has had numerous surgeries, and he never resumed being the dominating pitcher he was when he first burst onto the scene.

One couldn’t help but draw parallels to what Harvey is going through to what Prior has gone through.

No matter how anyone breaks it down, it’s sad to see what’s happened to Harvey. Even if he comes back to pitch, he’s going to have to adjust as a pitcher. He won’t be able to overpower hitters by throwing fastballs. He is going to have to learn new pitches. That’s easier said than done. Ask Justin Verlander how long it took for him to adjust after having surgery few years ago.

Harvey had nothing to say about his situation yesterday. What was there to be said? It’s self-explanatory to what’s going to happen to him. He would put his career in jeopardy if he pitches through a TOS.

The one-time Mets ace already put his team before his health last year when he pitched over the innings limit for a chance to pitch in the postseason.Matt Harvey threw 216 innings last year, including the postseason, which is over the 180-innings limit his doctor told him to pitch. He did not feel comfortable doing it, but he did it anyway, so that he can avoid losing respect from his teammates, Terry Collins, Mets front office and the fans. He was crucified for even thinking about not pitching in the postseason when he and super-agent Scott Boras pondered about It last September.

Harvey deserves credit for doing the right thing. He knows pitching in the postseason is not a given every year in the parity of baseball. It was a privilege every starter of his ilk dream of doing.

Harvey was efficient overall in the postseason last year, and he tried to be the hero in Game 5 of the World Series. He was lights out against the Royals until the ill-fated ninth inning. With him holding on to a 2-0 lead, he did not want to come off the mound. He wanted to pull a Jack Morris and finish the Royals off for a complete game.

It did not happen for Harvey. He gave up a walk to Lorenzo Cain, who stole second base. He gave up a double to Eric Hosmer, scoring Cain to make it a 2-1 game. That was the end of the line for him. He was relieved by Mets closer Jeurys Familia, who got the first two outs.

The problem with Familia getting two outs was Hosmer advanced to third on the Mets closer’s first out and then scored in his second out to tie the game at 2.

The damage was done, and the Royals scored five runs in the 12th inning to give them a 7-2 lead. The Royals went on to win the World Series.

He wanted to be the hero, which is why he did not want to be off the mound. It was the right move to make. He earned the right to pitch a complete game. It did not work out.

Will Harvey get this opportunity again? That’s tough to tell. Surgeries are hard to figure out.

It’s going to depend on how Harvey adjusts once he is healthy. It won’t be easy for him.

Knowing Harvey, he will do all in his power to get back on the mound next year.

But will he ever be the same pitcher again?