For people that are good at sports, and music then this is going to sound familiar. I played the clarinet and played sports, and my parent told me I needed to choose one over the other. I chose sports. MJ was a basketball player and a musician as well as a singer, she chose music, and that was a smart choice.

“I went to Fort Lee High school in New Jersey,” MJ said. “I was on the freshman basketball team and the coach, I’ll never forget this, said who was always blowing his friggin whistle. He comes over to me and says, ‘I want you to come practice with the varsity team’, I was like oh shit, ok! He saw something in me, and I thought I could be the first freshman on the varsity squad. It was cool, but with grades and my music, and I was in drama and the choir, and band, my mom had to put her foot down. She put her two hands out and said, ‘basketball or music?’ She saw it was too much for me.”

And then she got serious, “It’s very unfortunate that athletic departments and music sometimes can’t co-exist. And that bothered me, and moving forward that will be a stand, something that I would look to attend to or create on my own. To have both in the school system embrace each other. And the coaches could cooperate. I got caught up in that.”

“Some people call me a slacker because I jump from player to player. Growing up as a New Yorker, you have to root for the Knicks,” MJ added. “I will say I was such a geek. I loved what I called the “fabulous five”; Marcus Camby, Latrell Sprewell, Larry Johnson, Allan Houston, an injured Patrick Ewing, there was so much hype. I was in love with the team.”

Then she talked about other loves within the NBA.

“The Spurs have “Pop”, and he’s an amazing coach, and I was like dammit, I don’t want to like the Spurs (Since they beat the Knicks in the ’99 Finals),” she said with energy. “I love the sportsmanship. I still hold out hope for the Knicks. Then it was players and consistency and motivation. I loved Dwayne Wade, with LeBron, and yes, he’s a star player, so that’s an obvious choice. I just love their stories.

“I love redemption stories. It brings me back to when LeBron was in the Finals with the Spurs in 2014. And the AC shut down and he was horrible in the fourth quarter, and he had joint pain. Even now. I have a tear in my meniscus when it’s humid, and I’m in heels OMG.” 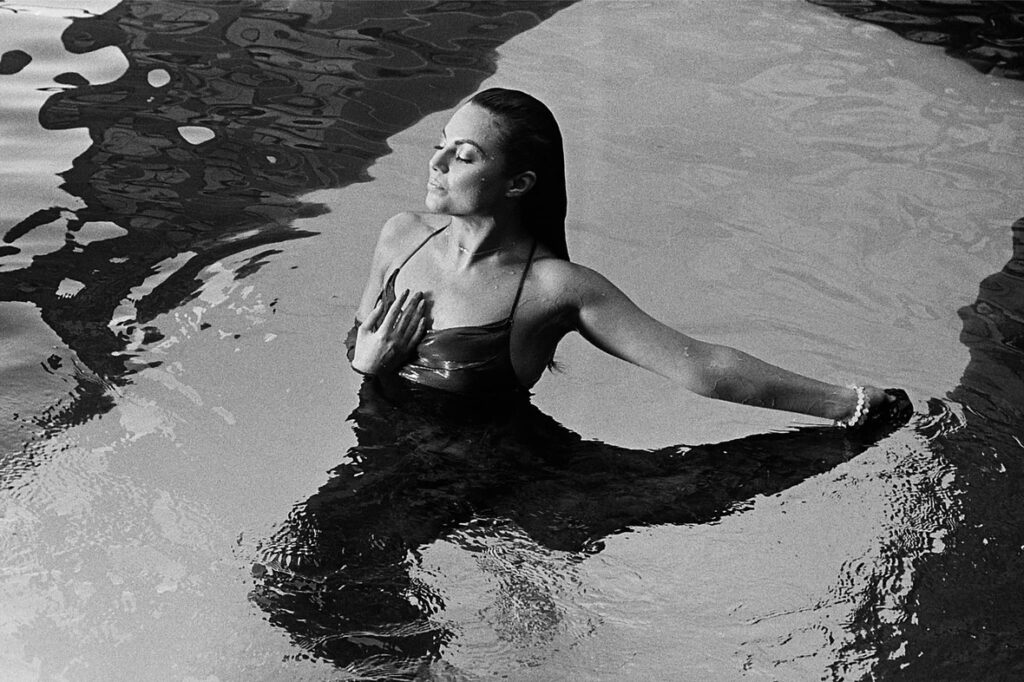 More on LeBron and the ESPN special “The Decision”. That’s where he announced where was going to sign when he was a free agent after his time with the Cleveland Cavaliers the first time back in 2010.

“For whatever reason, he went to the Lakers, I want to research it more because I’m all twisted up with the pandemic, I think part may have been to honor part of Kobe’s legacy. That’s another player, I hated his attitude back in the day, but I get it. The whole “Mamba” thing,” MJ continued. “I saw the LeBron show and there was the whole you can’t leave your team. I don’t blame him. Sometimes there a shift in energy. In his position, you want to know who’s going to be on your team. I love Michael Jordan too. The greatest to ever do it. I loved his work ethic and motivation as well. Him being told he’d never make it in high school and then in college. My father instilled that kind of work ethic in me.”

This MJ is about hard work too. She doesn’t take a day for granted and she makes sure she’s giving it her all, every day. I can honestly say that I’ve never interviewed somebody with more energy. If she can bottle that she’d make a million bucks.

Sports can open doors for talented singers. Singing the national anthem can be a big break in a performers’ career and MJ got that break by performing the anthem at a Miguel Cotto fight.

Listen to her “Janet Jackson” moment as she was filming her hit video for the song, “Give Me Tonight”.

The fact that she’s active in trying to make sure schools keep bands funded is amazing. I’m so for that because it does make kids and adults more well-rounded.